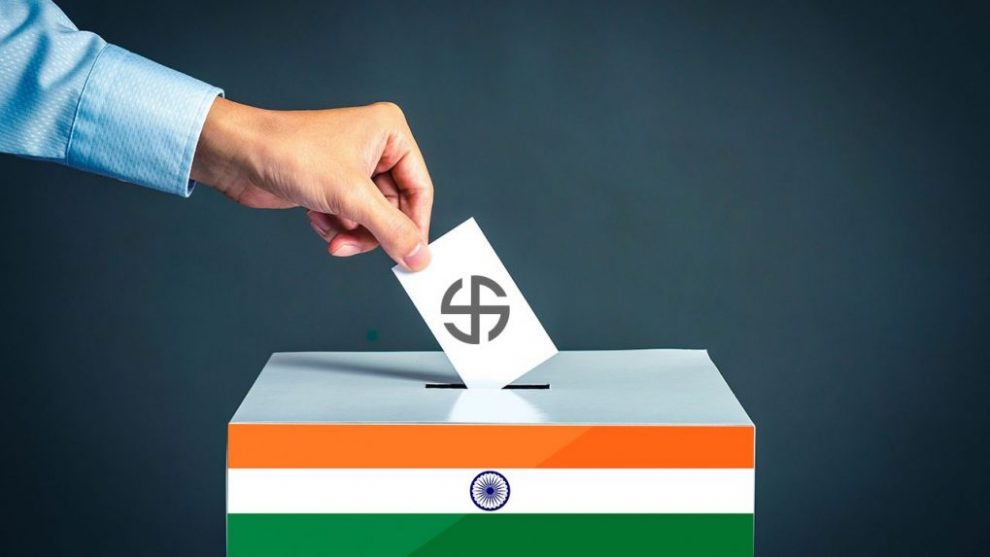 In the assembly elections held in four states and one Union territory, the ruling parties are expected to retain power in Assam, West Bengal and Kerala.  Opposition parties are likely to form government in Tamil Nadu and Puducherry.

As per the latest trends available according to Election Commission, in Assam, trends are available for 120 of the 126 seats. The ruling BJP led NDA is ahead on 71 seats, while Congress led opposition is leading in 40  seats while independents and others are leading in nine seats.

In West Bengal, trends are available for 284 of 292 seats.  The ruling Trinamool Congress is leading in 201 seats, BJP is leading in 78 seats.

In Kerala, as counting to the 140-seat Kerala assembly crosses three and a half hours trends  the results are in favour of the ruling front communist led coalition LDF. LDF leads in almost 90 plus constituencies , followed by the congress led UDF in 45 plus seats and NDA in 3 seats.

In the Union territory of Puducherry NDA led by NR Congress is ahead in eight seats in the 12 seats for which the trends are available. The counting of votes, of 23 constituencies out of 30 seats in Puducherry region is held in 3 centres here.

Covid protocols are strictly followed here. Face masks, sanitizers hand gloves and PPE KITs provided to the staffs. All the 3 centres were sanitized.

Counting of votes for assembly elections in Assam, West Bengal, Kerala, Tamil Nadu and Puducherry began this morning at 8 AM. The counting began with postal ballots before the first round of counting began for the EVMs.

Assembly elections in four states and union territory were held from March 27 to April 29.

In view of second wave of pandemic and  to ensure a complete COVID safe arrangements during counting, the Election Commission has rolled out strict COVID protocols for the counting day.

As per the safety measures, no candidates or poll agents is being allowed inside the counting hall without undergoing RT-PCR or Rapid Antigen Test. However, those who have been administered both the doses of COVID vaccination have been allowed. The Commission has also prohibited public gathering outside the counting venues during the process of counting.

The Election Commission has already banned all victory processions on or after the day of counting. Not more than two people will be allowed to accompany the winning candidates to receive the certificate of election from the concerned Returning Officer.

Railways is playing a crucial role in the collective fight against COVID by transporting oxygen to states: Piyush Goyal
GST collection hits all-time high of over Rs 1.41 lakh crore in April
Comment