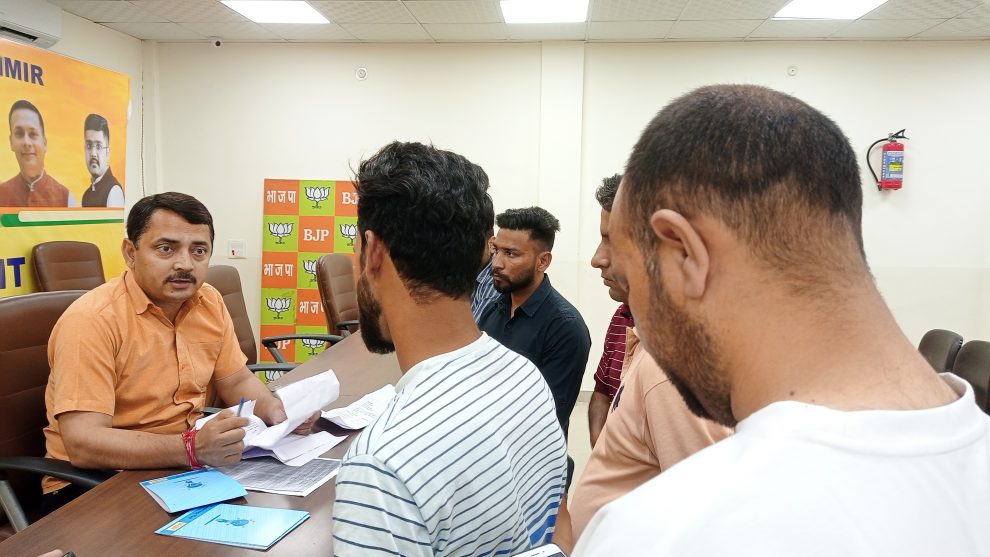 Pathania nonetheless called for a comprehensive policy as to how these power cuts and power shortages could be redressed in future. He was again vocal in demanding execution of an action plan as to how drinking water scarcity will be addressed in peak summers. Other issues which were projected included provision of animal healthcare, healthcare, sports facilities, KV in Majalta/Mantalai, adequate staff in schools etc. RS Pathania listened to their issues patiently and telephonically talked to the concerned departmental officials and issued letters for the others.