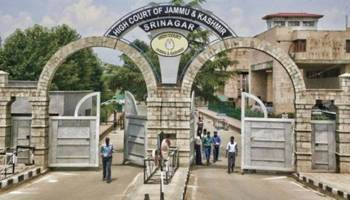 Says BJP leaders, lawmakers among big beneficiaries of the act

Pertinent to mention here that the Union Territory administration has filed an affidavit in the high court seeking modification to the order passed on October 9 scrapping the Roshni Act, saying the order may ‘unintentionally’ affect a large number of common people.

ANC vice-president, Muzaffar Shah challenged BJP to provide evidence as to how many families in Jammu and Kashmir other than BJP leaders and Parliamentarians have benefitted from the Roshni Scheme.

“Its BJP leaders, lawmakers and a large section of its vote bank among the beneficiaries of Roshni Act.  First they accused a few families including mine for owning land under this act and later on realized that its leaders may face the music sought necessary amendment in High Court order,” Shah said addressing a press conference here.

He said the BJP in order to save its leaders from facing action for having benefited from the Roshni Act, now seeks necessary amendment in October 9, High Court order scrapping the act.

“They only know how to divide people on communal lines, how to lynch people, how to use ED and NIA to harass respected people of the society. BJP tried its best to defame politicians to gain brawny points in ongoing DDC elections but their tactics proved counterproductive,” he added