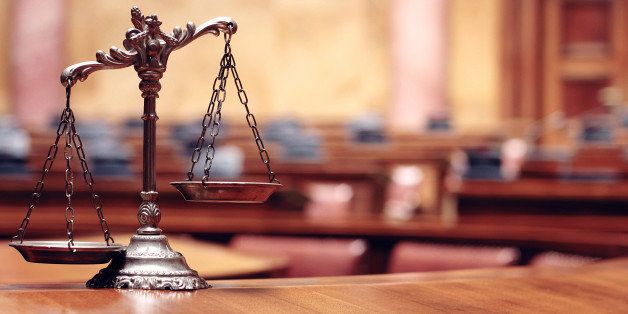 Before scripting on the subject I feel it appropriate to refresh our memories that to balance the overall government; the role of three pillars of democracy created have a great significance: and these three pillars are: 1.The Executive Branch led by the president. 2. The Legislative branch or Parliament includes the lower house called the Lok Sabha and the upper house called the Rajya Sabha and 3. The Judicial branch is led by India’s Supreme Court and it includes High Courts, and numerous civil, criminal and family courts at the district level. There is a Fourth Pillar of Democracy i.e. Media that has emerged as the strongest pillar of democracy. When we look into the other aspects of society with regard to the perspective of development of the society, the police and judiciary have a great role to play. The society can have progress if there is peace in the society, the peace can be maintained only if society is crime free, and here lies the role of police and Judiciary has to bring police action to its logical conclusion. The paramount expectations in democracy is the liberty of its citizens and protection of their rights enshrined in the constitution and handed down by the Honorable courts from time to time and here the Criminal Justice comes into play.

It is the system of practices and institutions of governments directed at upholding social control, deterring and mitigating crime, or sanctioning those who violate laws with criminal penalties and rehabilitation efforts. The purpose of the Criminal Justice System is to deliver justice for all. The system of law enforcement is directly involved in apprehending, Investigating and prosecuting and this role is with the police department. Holding fair trials, affording opportunities to the defending section, sentencing, and punishing those who are suspected or convicted of criminal offenses, is the responsibility of Judiciary in the criminal justice system. The central purpose of the Criminal Justice System is to deliver an efficient, effective, accountable and fair justice process for the public. When we speak of the criminal justice system it is the set of agencies and processes established by governments to control crime and impose penalties on those who violate laws. The ‘Criminal Justice System’ is composed of three primary and discernible components: Police, Courts, and Corrections (Jails & Prisons).

The judiciary also provides a mechanism for the resolution of disputes. The justice system is the mechanism that upholds the rule of law. Our courts provide a forum to resolve disputes and to test and enforce laws in a fair and rational manner. It is to be realized that Police Force, as part of the executive branch of government, has no authority to meddle with legislation or judicial proceedings. But the role of police cannot be underestimated in respect of legislations and judicial system as it is the agency responsible for execution or enforcement of the laws legislated by our parliament or legislative assemblies. The Police are the government’s hands & eyes who make sure that the laws made by the government are being observed by the general population. In case people violate the laid out laws, police have the responsibility to book them according to the established procedure. The role of police in Judicial determination right from the registration of case till final verdict by the court bringing a charge sheet accused to its final judicial verdict is at every doorstep of the Judicial system. Police departments are public agencies whose purposes are to maintain order, enforce the criminal law, and provide services. The judiciary is the agency which metes out the punishments to people who have violated the law of the land. Another important feature of our legal system is that it is based on the adversarial system, in which two sides of the story is presented in every case to a neutral judge, who would then give a judgment based on the arguments and evidence of the case. It is also a guardian agency to ensure that innocent people are not wrongly punished. In a criminal case there are mainly two parties before the court viz- (1) State acting as a Prosecutor (police) and (2) the offender in the name of Accused.

The police department investigates the crime and acts as a prosecutor by laying all the evidence collected against the accused. Perhaps the most frequent role of the police is to initiate an alleged offender’s journey passing through court’s scrutiny to final verdict and even to manage those convicted by the courts. The Criminal Justice components create a system when they apply their functions together looking for the same objective; to enforce justice into society. Even when the components of the Criminal Justice system are working to accomplish the same objective they work in different fields and the job of each component is very different from the others. Once the police apprehended a suspect and gathered the necessary evidence and transferred this suspect into a courtroom. In the courtroom a judge analyzes and studies all the evidence gathered in the case and this is when the relationship between the police and the courts is created. Both police and judiciary exist to make sure justice is enforced in the community, they share all the information (such as evidence, criminal background) necessary in order to guarantee the process has been done correctly from the moment the suspect was arrested until the judge make a decision on what the sentence should be or if the suspect is found innocent. This is the part when the police depend on the courts to fulfill their mission.

I sum up my script with the police expectations from judiciary as police officer of yesteryears as: Concern for protecting the neutrality of the judiciary has created a major vacuum between the police and the trial courts which, in turn, has precluded the police and the courts from establishing the kind of working relationships that are essential if some of the basic needs of the criminal justice system are to be met effectively.  We must give voice to the legitimate and widespread concerns about trust in the criminal justice process. It is a wise old saying but true that people criticize police; yet when they have problems they hurry to the police station. So here both Police and Judiciary should work in close liaison to uphold the rule of law. Police be recognized as agencies having a major responsibility in the administration of criminal justice. At the court every possible legal challenge will be analyzed. The mistakes in acquiring evidence are called legal challenges. Here regular interactions in-between police and judiciary can help to improve the criminal justice system. The lacunae on the part of police in dealing with crime detection should be looked by the courts as with corrective measures and with guiding spirit rather than to abruptly go for the punitive actions that definitely lower the morale of police being one of the important component of criminal justice system. Here I do not mean to set free the investigator for his intentional left over flaws to benefit the accused/offender but there is always a thin layer between intention and inefficiency and this aspect is required to be taken care of while recommending punitive actions for faulty investigations.

The author can be reached at [email protected]