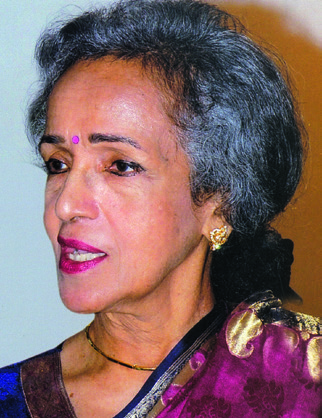 I, Elangovan, like many Indians, witnessed epochal upheavals in India. Our secret hopes for the success of Subhash Bose’s army were dashed at the battle of Kohima when Indians of the British Indian Army killed Indians of the Indian National Army. That put an end to dreams of a war of liberation that would have ended centuries of servitude. Perhaps some of our national leaders secretly rejoiced at Subhash’s defeat. Who shall blame them? Manipulative pacifist politicians would have found a serious challenge in a triumphant charismatic Subhash Bose.

We recalled the career of Subhash Bose and realized the futility of nobility. Subhash Bose had graduated with a first class degree from Cambridge University. He was the ‘topper’ in the Indian Civil Service Examinations of 1921 but shortly afterward resigned from the ICS and joined the freedom struggle. His charisma drew people to him. He was elected president of the Indian National Congress. There was a possibility that the Congress party would split with the younger members joining Subhash Bose. Reluctant to split the party, Subhash Bose did what Giuseppe Garibaldi had done a century earlier in a similar predicament; he left the scene of victory and plaudits of the populace rather than create a schism.

He went on to raise the Indian National Army to liberate India by force of arms. ‘Every nation – Bismarck’s Germany, Garibaldi’s Italy and Ypsilantis’s Greece – attained independence through a war of liberation. We shall do the same. We shall raise our army of liberation!’

When Britain was engaged in a mortal combat during the Second World War with Germany it seemed the perfect moment for his plans.

There was a terrible stillness at our ASI office in Red Fort on the day news of the carnage at Kohima reached us – the Red Fort which Subhash Bose made his ultimate destination with the soul-stirring cry of ‘Chalo Dilli!’ or ‘March to Delhi!’ We scanned the English newspapers that reported the deaths of soldiers and officers of the Indian National Army. I tried to shut out the images; the bamboo thickets from where the INA men made their last stand, the banks of the Brahmaputra river where their blood flowed and mingled with the monsoon rain as the British Indian Army tore through their ranks.

As we sat in silence, Julius Norton, a decorated sometime-major of the British Army, entered the office that is located behind the Lahori Gate. On the far side is the Diwani Aam from where the Grand Moghuls once dispensed justice. Dr Norton stood at the entrance for a moment in silence, his sapient blue eyes sweeping over us. Then he shook his head and murmured, ‘This is a sad day for liberation armies.’

We were silent. Silence is the only defence for a subjugated people.

The chief unarmed prophet, Gandhi, had no intention of being outshone by the man he feared most – Subhash Bose. Those of us who had some fire in our bellies were repelled by the philosophy of passive resistance to foreign rule. It seemed like sophistry and not the expression of valour. Subhash Bose had shown us how to rise and, if necessary, how to die – with heads held high.

Soon after the tragedy of Kohima we heard of the famine in Bengal that carried away three million people.

The Second World War was drawing to an end. Delhi was full of rumours as several exalted envoys of the British government came to negotiate the future of the subcontinent.

Simultaneously Red Fort became the scene of trials of the officers of the Indian National Army. Amidst this, age-old questions surfaced – to whom and what does one profess loyalty – to the paymaster or to one’s conscience? Was this question not discussed in the Mahabharata many millennia ago at the battlefield of souls in Kurukhshetra? And so on 15 August 1947, India became a sovereign nation after onehundred-and-ninety years of British rule. While the new tricolour flew on the ramparts of the Red Fort, I remembered Subhash Bose who had disappeared. Had he died when his plane crashed in Taiwan? Or had he survived and sought sanctuary among friends? Or had he been eliminated by erstwhile comrades with British help?

Along with celebrations for freedom and flowery speeches there were millions who perished in the carnage that followed the Partition of India. Never in a recorded history of five millennia with its turmoil and violence had this country been divided into two hostile nations. The capital of Delhi was a vast refugee camp and Calcutta, the second city of the British Empire, burnt with flames of hatred between Hindus and Muslims.

The sovereign Indian government was formed but vestiges of the British Raj remained. Indian members of the erstwhile Indian Civil Service remained to run the ministries; some of its members formed the skeletal diplomatic service. A strange metamorphosis transformed Indian members of the Raj into steadfast adherents of the new regime. How did they now reconcile their pride to their new paymasters, their conscience to their new commitments?

The viceroy was gone. His secretary Archibald Blandford had left for his English country home but Dr Julius Norton was asked to stay on until a replacement was found. We at the ASI were happy and relieved.

One afternoon when we archaeologists and artisans were waiting for the sun to mellow a Bentley car drove up to the camp. Hearing the commotion, I, Elangovan, came out of the tent and saw Zoya, the Ottoman princess and fourth wife of the nawab of Deccanabad. She wore Western clothes and a straw hat over her red-brown hair cut short. Coming to me she asked imperiously, ‘Where is Dr Julius Norton?’

Hearing the commotion Julius Norton came out of our camp-office. He stared at her in astonishment. Then he walked slowly towards her and said, ‘What a surprise, Your Highness! What brings you here to this scorched land?’

Her hazel eyes glittered. ‘You,’ she said.

Embarassment tinged the director general’s bronzed face. It was easier for him to encounter skeletons of long gone Sumerian queens than a banished Turkish princess with hunger in her eyes.

‘Me?’ he asked lightly. ‘And in what way can I be of service to you? I have already forwarded my report of the Golkonda Fort to your husband the nawab.’

She waved her jewelled hand in dismissal. ‘The nawab!’ she snapped. ‘He is now a rubber stamp, thanks to the Indian government. Deccanabad is now part of India.’ She paused and lowered her voice. ‘I heard you were in our realm but you did not come to see me. So I have come to see you before you leave for England.’

Excerpted with permission from Rogues Among the Ruins, Achala Moulik, Niyogi Books. Read more about the book here and buy it here.

The Dispatch is present across a number of social media platforms. Subscribe to our YouTube channel for exciting videos; join us on Facebook, Intagram and Twitter for quick updates and discussions. We are also available on the Telegram. Follow us on Pinterest for thousands of pictures and graphics. We care to respond to text messages on WhatsApp at 8082480136 [No calls accepted]. To contribute an article or pitch a story idea, write to us at [email protected] |Click to know more about The Dispatch, our standards and policies
TagsAchala Moulik Fiction Niyogi Books Rogues Among the Ruins