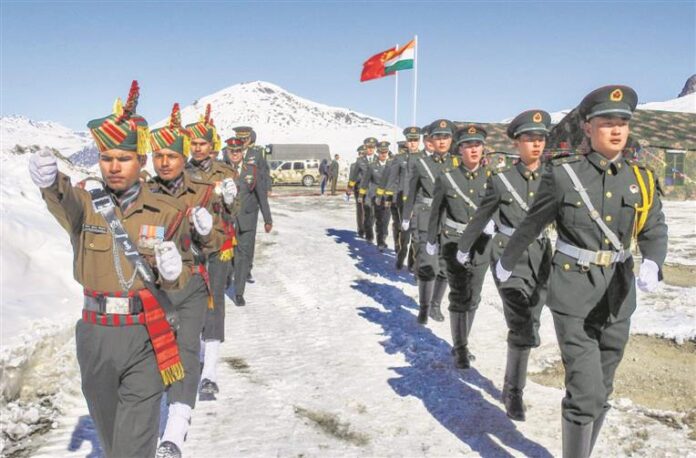 Preparing for a long winter ahead facing the People’s Liberation Army (PLA) in East Ladakh, the Border Roads Organisation (BRO) has decided to allowed Srinagar-Zoji La-Kargil Leh axis to be closed only for 45 days from past average 95 days due to snow this year and will strengthen all the bridges on Darbuk-Shyok-Daulat Beg Oldi (DBO) road to bear the load of tank plus truck trailer by next month.

Authoritative government sources told Hindustan Times that the BRO, under the defence ministry, will also keep the new Darcha-Padam-Nimu-Leh road clear of snow throughout December and January 2021 so that military supply route is maintained route the clock. The Modi government is now considering to prepare for the shortest tunnel at Shinku La on Darcha-Padam axis so that this road this snow free throughout the year.

Given that the PLA is showing no signs of abiding with the agreements between the Special Representatives on Boundary Talks (July 5, 2020) and between foreign ministers (September 10, 2020) on total disengagement to restore status quo ante on LAC, the Indian Army is rushing in supplies with the BRO ensuring that 17,580 feet high Chang La pass and 17,582 feet Khardung La on route to contested Pangong Tso is kept snow free throughout the year.

With an aim to keep weapon deployment in East Ladakh to match the PLA build-up in occupied Aksai Chin, the BRO is expected to strengthen all bridges and culverts to Class 70 on the DSDBO road by October 15. Class 70 bridge means that it can bear a load of 70 tons, which is more than the weight of a fully loaded tank trailer. In strategic terms this means that in case of worst case scenario, the DSDBO road can be used to deploy T -90 tanks, infantry combat vehicle and surface to air missiles all along the eastern Ladakh Line of Actual Control with Tibet.

While the BRO is expected to validate the Darcha-Padam-Nimu-Leh axis for heavy vehicle traffic this month, there is intense discussion within the Ministry of Defence on the length and alignment of the tunnel under 16000 feet Shinku La. The National Highways and Infrastructure Development Corporation Limited (NHIDCL) has been tasked to study the shortest possible alignment for the tunnel so that it can be readied in next four years.

Majority of the stake-holders, including ministry of surface transport, are in favour of a shorter 4.5-km tunnel alignment on the current axis rather than a 13-km alignment suggested by Snow and Avalanche Study Establishment (SASE) of the Defence Ministry. The longer alignment will not only delay the project with a host of studies and detailed project report to be completed. It has now been left to Defence Minister Rajnath Singh to take a final call.