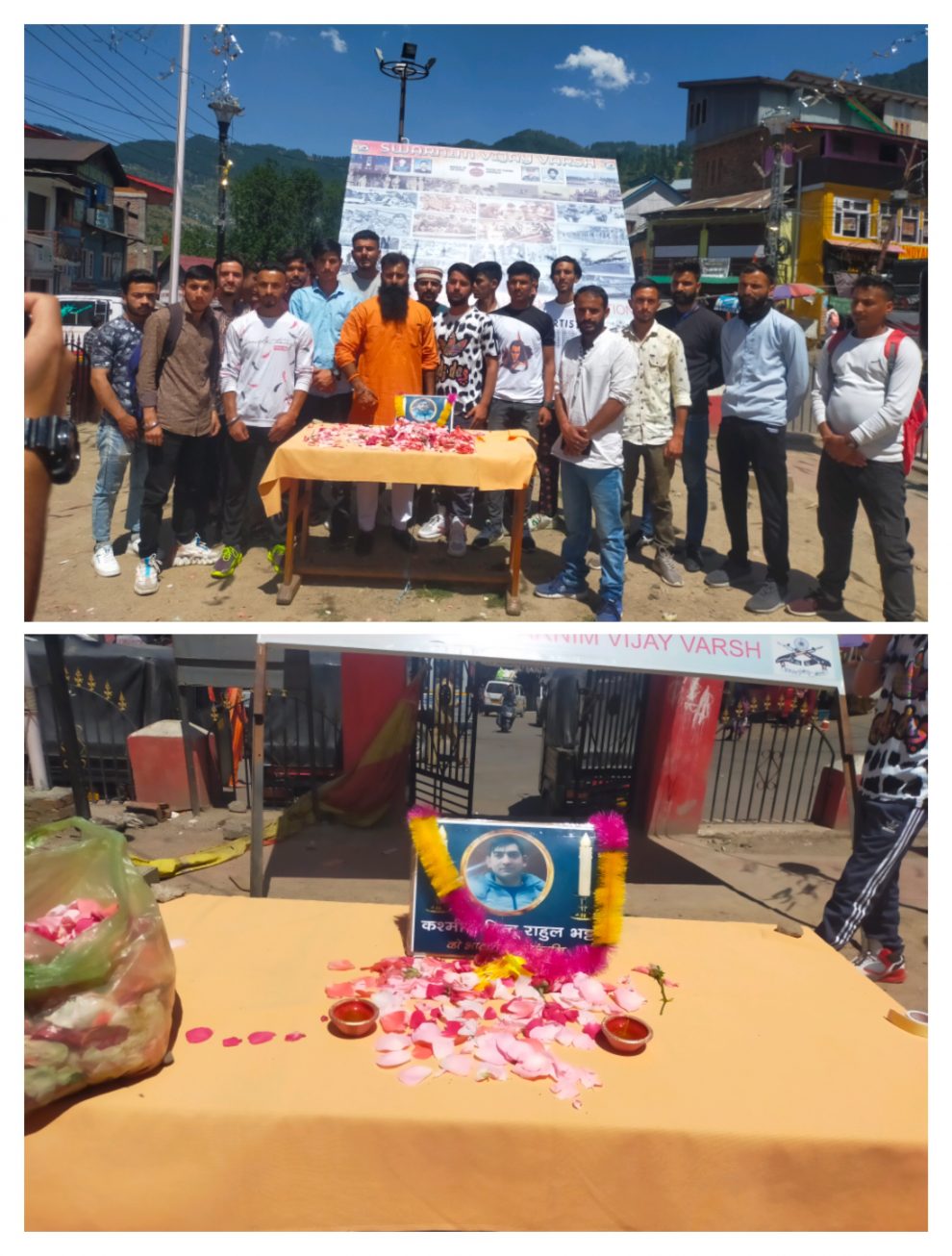 JAMMU: Rashtriya Lok Janshakti Party provincial president and spokes person Manoj Padha has warned LG J&K Manoj Sinha of mass agitation in case its administration fails to provide the adequate security to minority community in Kashmir. Heading a protest against the brutal killing of a Kashmiri Pandit employee of revenue department by militants in Chadoora Badgam, Padha expressed astonishment over the failure of the intelligence and other security agencies whose negligence resulted in the dastardly killing of an innocent minority member in his office during broad day light.

Calling LG’s claims of repatriating and settling displaced pandits in Kashmir a farce, he alleged that the unabated militancy incidents in which minority community is being targetted acts as an eye opener for every peace loving citizen of the country as to how would it be possible to resettle migrant Hindus of Kashmir, he added. He said that target killings are preplanned and well knit conspiracies which must come in to the intelligence grid of our security agencies well before practical shape is given to those designs by the militants. Surprisingly, the agencies fail to thwart the targetting innocent citizens not acting swiftly on the timely inputs, he argued.

Earlier, a huge protest was organised by the party workers including Danish Charak, Arun Manhas, Rohit Wazir and others over the recent killing of Kashmiri Pandit Rahul Bhat here in  historical Seri Bazar on Saturday in which a large number of people participated and demanded security to the minority residents of Kashmir Valley. They also demanded high level probe in to this despicable killing.