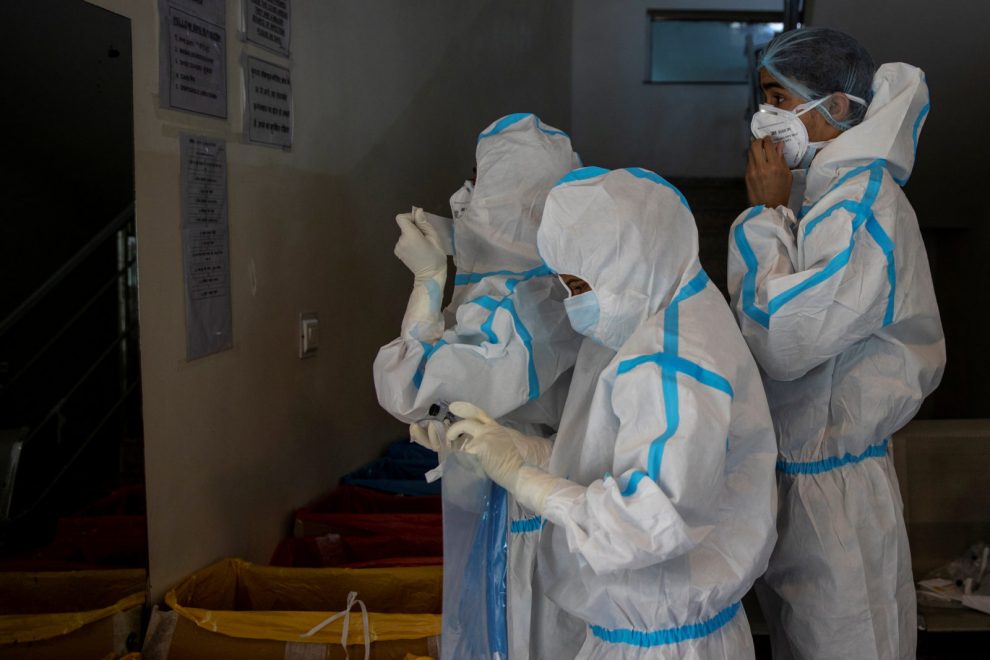 SRINAGAR: The rise in the number of covid-19 cases in Jammu and Kashmir and Ladakh is due to inbound travellers, the government of India was informed by the respective administrations on Tuesday.

The J&K and Ladakh shared the inputs during a review meeting chaired by Union Home Secretary Ajay Kumar Bhalla, along with Rajesh Bhushan, Union Health Secretary with Chief Secretaries of all the Union Territories of India on covid-19 status, the management and response strategy.

“The Home Secretary pointed out the steep growth in number of cases all across the country. From 20,000 cases reported on 1st January 2021, India has almost 10 times more cases (more than 2,00,000 cases) being reported daily since 15th April 2021. In last 11 days, new cases have almost doubled from 1.31 lakh reported on 9th April to 2.73 lakh reported on 20th April,” reads an official statement as per GNS.

The UTs shared their present efforts for containment and management of the positive cases, it said. “Ladakh, J&K, and Lakshadweep pointed to the rise in cases due to large number of inbound travelers,” the official statement said, adding, “Lakshadweep has seen a sudden spike after 14th April, 2021 primarily due to travel of large number of people to mainland to shop for the recent festive occasions.

Most UTs have imposed movement restrictions, including night curfew, restriction of intra-island movement in the island UTs. Chandigarh informed that they are conducting door to door counselling for increasing vaccination. 90% of the patients are in home isolation who are being monitored by mobile teams.”

UT of Delhi discussed shortage of beds and the present efforts to augment this through Central Government infrastructure and support through the DRDO’s recently operationalised COVID Hospital.

“After a detailed discussion of various issues of COVID management, the Union Home Secretary urged constant vigilance regarding the evolving situation of COVID in the UTs,” the statement said, adding, “Strict enforcement of COVID appropriate behavior was stressed along with stricter enforcement of movement restrictions and prohibition of large gatherings, regulated timings for markets etc.”

He advised the UTs to increase RT-PCR testing along with use of RAT for screening in clusters.
“Urgent review of clinical management was strongly recommended along with ramping up testing and hospital infrastructure.”

Expressing concern over the worrying scenario, Dr V K Paul pointed out the criticality of next three weeks for COVID response measures. The UT administrators were advised to plan in advance for three weeks. A survey to promptly identify the COVID positive people should be taken up, he stated. He stressed on planning the minutest details of COVID management. For UT of Ladakh, he recommended regulation of the incoming labourers and supervised containment. Islands can be made large containment zones, he suggested.

The Union Home Secretary assured continued and full support of Government of India for all efforts of UTs in containment and management of COVID19. (GNS)