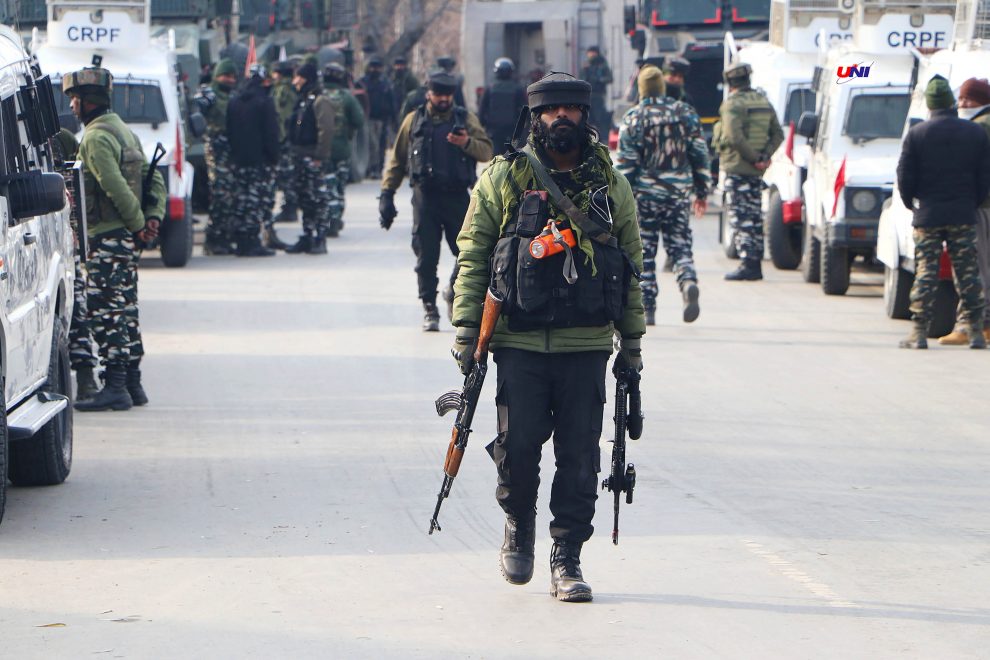 Dr D K Giri
Add Comment
The Indian official almost chastised the world body that the UN had not been able to have a coherent and consensual definition on terrorism, let alone address and mitigate it. He lamented that the UN has been continually procrastinating on setting up world convention on terrorism. How could it craft a coordinated policy to tackle terrorism, when it had not even formulated a common definition.

Ahead of the Republic Day this year, the explosives used in the IED were seized from Ghazipur flower market in Delhi. It was suspected by the Intelligence agencies to be a part of the consignment dropped by Pakistani drones in Punjab and Jammu & Kashmir. At the time of writing inquiries were still underway to ascertain if that was indeed the case. The TV channels, however, had already hyped it that it was the handiwork of terrorists operating from Pakistan.

There is more than one reason to point the finger at Pakistan. Around each national day India celebrates every year, namely, the Independence Day on 15 August and the Republic Day on 26 January, Pakistan-sponsored terrorists try to disrupt the peace and festivity by carrying out violent terrorist attacks. Not that they always succeed. Thanks to the agility and alertness of our agencies, their nefarious plots are often nipped in the bud.

The second reason may sound cynical, but politicians do not desist from raising the bogey. Five States are going through their elections. Playing Pakistan card is usually a big polarizer leading to Hindu consolidation, and thus a vote-puller. And the vested interest in political parties use it in elections. So, without even the preliminary findings, to name Pakistan is politically handy.

Be that as it may, there is one more interesting coincidence. On 24 January, two days before the Republic Day, and ten days before the IED was found, the Second Secretary in India’s Permanent Mission to the UN, Dinesh Setia made a significant statement. Speaking at the UNGA meeting to consider the Report of Secretary-General on the work of the United Nations Organisation, he said, “Our inability to seriously address terrorism, the most dangerous of scourges faced by States and societies since the World War II, casts doubt on the relevance of the organisation for the very people whom the Charter of the United Nations obliges us to protect”.

The Indian official almost chastised the world body that the UN had not been able to have a coherent and consensual definition on terrorism, let alone address and mitigate it. He lamented that the UN has been continually procrastinating on setting up world convention on terrorism. How could it craft a coordinated policy to tackle terrorism, when it had not even formulated a common definition.

The Second Secretary said with power and the punch, “The United Nations has yet to agree on a common definition, let alone craft a coherent well-coordinated policy to tackle terrorism and dismantle its enabling networks. We have failed ourselves by continuing to procrastinate on concluding a comprehensive convention against international terrorism.”

He went on to say that India had proposed a draft document on the Comprehensive Convention on International Terrorism (CCIT) at the UN way back in 1996 but not much effort has been noticed to implement it yet. It has not simply because there is no consensus on the definition of terrorism among the member States.

Citing the lack of a definition, initiatives and institutions to tackle terrorism, the Indian Representative went to question the lack of reforms of the United Nations structure, which have been long demanded by the member countries, including India. He made a stronger statement, “As long as the key organs of the organisation remain anchored in a governance structure frozen in the past, the crisis of legitimacy and performance will persist.”

Concluding his statement on terrorism and reforms of the world apex body, the Indian diplomat urged the member States to make sure that this year finally delivers some concrete progress with regard to reforms of the Security Council and rebuild a United Nations that reflects the realities of the contemporary world. He added, because, “the effectiveness, relevance and longevity of any institution lie in its dynamic character and ability to adapt itself to the changing times”.

Indubitably, one of the major problems facing the world is terrorism, along with poverty, economic and social inequality, political and cultural oppression, pandemics, and climate change and so on. To be sure, terrorism should top the list of priority, as the very basis of creation of the United Nations was to stop violence and wars, by States or non-state actors. India is right in raising it.

However, there are speculations that India is taking a strong line on terrorism for at least two reasons. One, India will preside over the Counter-Terrorism Committee (CTC) of the United Nations Security Council this year and is indicating the stance it might take on terrorism. Second, India had earlier urged that the campaign against Hindus in the universities of USA, kind of a “Hindu phobia” is not in a good taste and New Delhi takes serious notes of such events. It had also opposed expanding the definition of terrorism to include “violent nationalism” and “right wing extremism”.

What is terrorism is the question that the International Community must beg! Understandably, definitions of terrorism are usually complex and controversial, and, because of the inherent intensity of violence and brutality involved in terrorism the term in its popular usage has developed an intense stigma. It was first coined in the 1790s to refer to the terror used during the French Revolution by the revolutionaries against their opponents. Ever since, States have used terrorist violence to suppress and eliminate opponents. Of late, a lot of non-State actors, religious and ideological fanatics have used terrorist violence across the world. There are several terrorist groups across the world.

Because of the involvement of various violent actors in terrorism, the types have varied from one region to another. One popular typology identifies three broad classes of terrorism: revolutionary, sub-revolutionary, and establishment. One can add other variables like religion, culture, political ideology, nature of state (autocratic, dictatorial) and so on.

New Delhi, as one of the worst victims of cross-border terrorism, condemns terrorism in its all forms and asserts that the UN requires a holistic approach and collective action to tackle it. This could be done in a Comprehensive Convention on International Terrorism (CCIT) as New Delhi had proposed in 1996.

For the sake of clarity, what is CCIT?  The CCIT basically provides a legal framework, which makes it binding on all signatories to deny funds and safe havens to terrorist groups. The draft that was tabled in 1996 and discussed until April 2013, had following major objectives: to have a universal definition of terrorism that all 193-members of the UNGA will adopt into their own criminal law; to ban all terror groups and shut down terror camps; to prosecute all terrorists under special laws; and to make cross-border terrorism an extraditable offence worldwide.

To be sure, India made the point to the world that terrorism is the biggest threat to the world. It is time to define it and collectively defeat it.