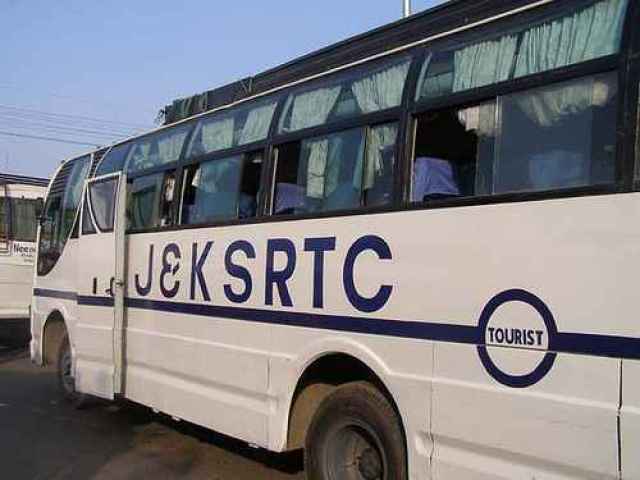 These officers perhaps treat themselves Above law, (belief) they Are accountable to none

SRINAGAR: The High Court of J&K and Ladakh has given the “last and final opportunity” to Secretaries of Transport and Finance Departments to comply with its 27 January 2021 verdict by virtue of 389 employees of erstwhile JKSRTC were held entitled to retiral benefits.

The High Court had passed the verdict, to be complied with within four months, on a petition filed by All J&K Workers Union SRTC through its Coordinator on behalf of 389 of its members, mostly comprising Sweepers, Helpers, Cleaners, Bus Washers, Assistant Fitters, Fitters, Conductors and Drivers, seeking a direction to the officials to treat them as Government employees and, consequently, entitled to retiral benefits including gratuity, pension etc. as extended to employees who were earlier working in the erstwhile Government Transport Undertaking like JKI and other Corporations.

When the judgment was not complied with within the stipulated period, the All J&K Workers Union SRTC was “constrained” to file the contempt petition.

Subsequently, the court issued notice to respondents in particular the Commissioner, and Secretary to the Department of Transport.

“The Commissioner, Secretary Transport came up with the plea that with a view to implementing the judgment in its letter and spirit, the Department of Transport would require some money for which, it was claimed, the matter had been taken up with the Finance Department,” a bench of Justice Sanjeev Kumar observed.

Noticing the stand of the Commissioner, Secretary, the court said that “one last opportunity of three weeks” was granted to both the Transport Department and the Finance Department to comply with the judgment or else Commissioner Secretaries were directed to appear in person on the next date (21 May 2022).

“Today the position remains the same and the judgment of this Court is not complied with nor has the Secretary to the Govt. Department of Transport or the Secretary to the Govt. Department of Finance come present,” the court said as per an order which lies with GNS, adding, “From the conduct of respondents (The Secretaries) it clearly transpires that these officers perhaps treat themselves above law and appear to be of the opinion that they are accountable to none.”

In view of the above, the court said that it is of the considered view that it is a fit case for “framing Robkar and issuing show-cause notice to both the Commissioner /Secretaries to show cause as to why they be not punished for committing contempt of Court.”

However, at the request of government advocate Sajad Ashraf, the court said, “one more opportunity is granted in the interest of justice to both the Secretaries to enable them to sit together and comply with the judgment by 27th May 2022.”

BJP serving the masses with dedication: Sat Sharma
Srinagar will get rid of stray dog population within 6 to 7 years: Mayor SMC
Comment