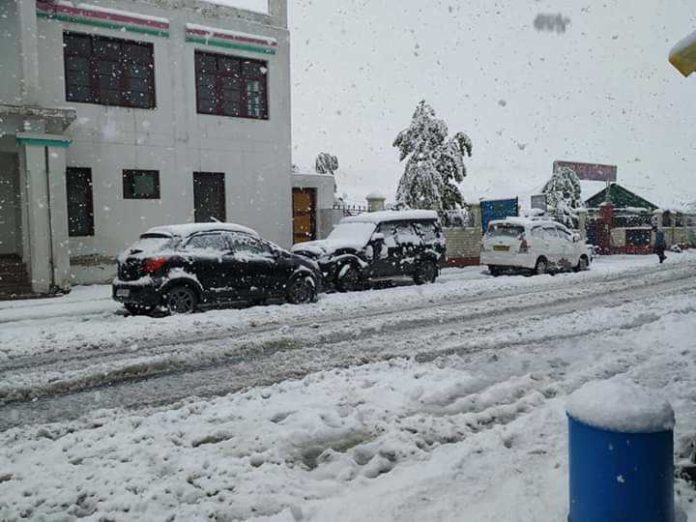 Indian-American Congresswoman Pramila Jayapal has introduced a Congressional resolution urging India to end the restrictions on communications in Jammu and Kashmir as swiftly as possible and preserve religious freedom for all residents.

The resolution, introduced in the House of Representatives after several weeks of efforts by Jayapal on Friday, has only one co-sponsor – Republican Congressman Steve Watkins from Kansas. It’s a simple resolution, which cannot be voted in the other chamber, Senate, and does not has the force of law.

Ahead of the introduction of the resolution, Indian-Americans from across the US urged her in various settings against it. Her office is believed to have received more than 25,000 emails from Indian-Americans in addition to in-person meetings by several representations of Indian-Americans.

Indian-Americans held peaceful demonstrations outside her office against her move to table the resolution on Kashmir.

The resolution urges India to lift the remaining restrictions on communication and to restore internet access across all of Jammu and Kashmir as swiftly as possible.

India has defended imposition of restrictions in the Kashmir Valley on the grounds that they were put to prevent Pakistan from creating more mischief through proxies and terrorists following the abrogation of Article 370 on August 5.

While the resolution recognises the dire security challenges faced by India in Jammu and Kashmir and the continuing threat of state-supported cross-border terrorism, the resolution urges India to refrain from the use of threats and excessive force against detained people and peaceful protesters.

It requests India to “swiftly release arbitrarily detained people” and “refrain from conditioning” the release of detained people on their willingness to sign bonds prohibiting any political activities and speeches.

The resolution claims that there is photographic evidence indicating that detained people have been required to sign surety bonds forbidding them from making statements or participating in political activities as a condition of their release.

India has denied these allegations. India maintains that the revocation of Jammu and Kashmir’s special status was its sovereign decision and it cannot accept any interference in its internal affairs.

The Indian government has said that the abrogation of Article 370 was in the interests of the residents of Jammu and Kashmir. It maintains the move will help them get rights that have been denied to them for many decades.

Among other things, the resolution urges India to allow international human rights observers and journalists to access Jammu and Kashmir and operate freely throughout India, without threats.

Noting that India’s Constitution mandates a secular state that upholds the rights of all citizens to the freedoms of religion, expression, and speech and to equal treatment before the law, the resolution also condemns all religiously motivated violence, including against religious minorities.

The resolution introduced by Jayapal, the first-ever Indian-American woman to be elected to the House of Representatives, is the second such resolution in the US Congress on Kashmir.

The first one introduced by Congresswoman Rashida Tlaib on November 21 failed to get even a single co-sponsor. Her resolution was announced on Twitter by a Pakistani American and a senior official of Council on American–Islamic Relations, a Muslim civil rights, and advocacy group.

Congressional observers point that Tlaib, Jayapal along with Ilhan Omar, are the three lawmakers to be taking the lead on anti-India stand inside the House of Representatives.

Despite intense efforts post-August 5, this group has managed to get just three lawmakers, including one outside their circle, for two resolutions on Kashmir, is reflective that their stand on Kashmir has gained little traction inside the Congress.

“I reject with extreme prejudice – unprincipled self-promoting liberal lunatics who have never governed – folks like Pramila Jayapal and Ilhan Omar, who merely pander for political advantage shamelessly,” Batra said in a statement.

Batra had testified before House Foreign Affairs Sub-Committee on Asia, the Pacific and Non-Proliferation on October 22, which essentially ended up being in an anti-India tirade by a small group of lawmakers.

Testifying before the Congressional sub-committee at the invitation of the House Foreign Affairs Committee Chairman, Eliott Engel, Batra had said terror needs to be eradicated to protect human rights.