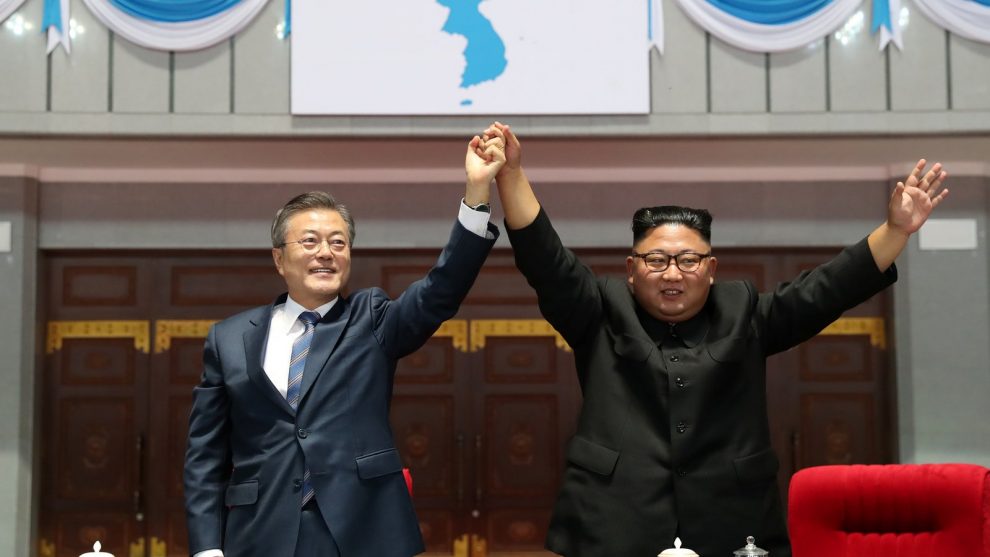 On 27 July 2021, cross-border communication lines between North and South Korea were restored. They had been severed for almost 13 months. North Korea initiated the disengagement on the pretext of propaganda leaflets entering from the other side. The restoration took place after almost three months of South Korean President Moon Jae-in and North Korean leader Kim Jong-un exchanging personal letters. Reportedly, the two leaders have agreed to bring back mutual trust in bilateral relations, and have also promised to promote reconciliation.

This is being seen as the beginning of another rapprochement between the two Koreas. The possibility of restarting the stalled Pyongyang-Washington denuclearization talks has also been considered. In May 2021, President Moon met US President Joe Biden in the US. Both publicly announced that the North Korean nuclear issue must be resolved through dialogue and diplomacy. The most important development here was their acknowledgement of previous US-North Korea agreements reached under the Trump administration, including the June 2018 Singapore statement.

Even though North Korea has not so far responded positively to the US offer to resume talks, the restoration of inter-Korea communication lines indicates that it may soften its stand. There may be a possibility of both parties coming back to the negotiating table. This one development could lead not only to an important breakthrough in the derailed inter-Korea relations, but also in US-North Korea denuclearisation talks. South Korea, too, is to be commended for welcoming the North Korean move. There is speculation that the leaders may have another summit in the coming months.

Having established the possibilities, it would still be premature to read too much into a single positive gesture. To assess what the future may hold, a look at the motivations driving North Korean behaviour should also be analysed.

On the surface, Pyongyang’s changed posture could be attributed to the letters exchanged between Moon and Kim over the past three months. However, it could also be because of the food and economic crisis in North Korea, especially during the pandemic. The country’s economic performance has been abysmal in the past few years. Despite a new five year plan announced in early 2021 and all the lofty discussions in the eighth Congress of the Workers’ Party of Korea (WPK), reports indicate a dire economic and food crisis in the country.

The pandemic has led to the closing down of North Korea’s borders with China and Russia. The country’s exchanges with China have also been minimal. Even though Pyongyang does not officially acknowledge the spread of COVID-19 cases, foreign embassies and international organisations have gradually been recalling their staff posted there. This could lead to a substantial squeezing of economic and humanitarian assistance from abroad in the pandemic era. In such a scenario, North Korea’s olive branch towards South Korea is probably tactful manoeuvering geared for external support.

Of course, the Moon administration would be aware of these motivations driving Kim’s overture. Seoul however still sees this as an opportunity, and persists with its foresighted approach to the bilateral relationship. In fact Seoul has been consistent on Pyongyang, even though the latter’s position and actions keep oscillating. South Korea’s North Korea policy has been based on deep trust in the principle of engagement rather than an expectation of immediate reciprocity. The US should take a cue from this—take advantage of the window and try to think out-of-box in its outreach. Of course, Pyongyang’s role is going to be critical.

Right now there is general fatigue across the board. Engagement with North Korea has been futile, with it repeatedly backtracking after a brief indication of interest in negotiations. North Korea’s positive gestures appear to be aimed at immediate benefits such as economic assistance or regime legitimacy, or to buy more time for its nuclear and missile programmes.

However, one could also argue that in most of these engagement attempts, from the very beginning, North Korea was not expected to walk to the end of the negotiation line anyway. This means that these engagements have always been devoid of trust, and consequently did not bring forth any desired results. Fortunately, the Moon administration strongly believes in a serious and consistent outreach to the Kim regime, despite the unpredictability of the latter’s response.

Finally, rather than South Korea—where the Moon government is in its last leg—it will be more productive if the Biden administration takes on the challenge. Long-term, trust-based diplomacy towards Pyongyang, pursued by Seoul and Washington together, could bring positive results. For this, it is important to grab any small opportunity along the way.