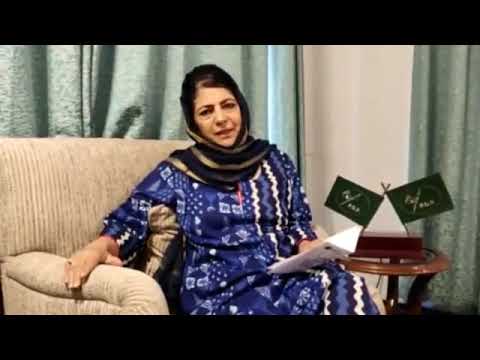 Talking to media, former chief minister said that Jammu and Kashmir government administration to take note of their  (aspiring candidates of Border Battalions and Central Industrial Security Force ), grievances and ensure final selection of the candidates for Border Battalions as many of the youth, who have applied for the jobs, have turned overage,” she said.

She said that it is un-digestible that many selection processes were halted despite candidates having passed written examinations and also qualified medical tests.

Mufti was speaking after listening to various delegations, including the aspiring candidates of Border Battalions and transporters as part of her Jammu visit.

“The government is phasing out commercial vehicles in Jammu and Srinagar districts in 20 years and in the rest of the districts in 25 years…they (transporters) have suffered huge losses (due to COVID-induced lockdown) and are overburdened by loans. The price hike of diesel has made their lives miserable,” she said, expressing hope that the government will take note of their issues and address them on priority.

Earlier, she lamented the killing of a Bajrang Dal activist in Karnataka, saying it was “tragic”.

Bajrang Dal activist Harsha, 23, was stabbed to death by unidentified people in Karnataka”s Shivamogga district on Sunday night. “It (the killing) should not have happened. It is very tragic,” she told reporters, as per news agency—Kashmir News Observer (KNO).

Asked whether she condemned the killing, Mufti said, “Exactly, it should be condemned if something like that has happened.”—(KNO)