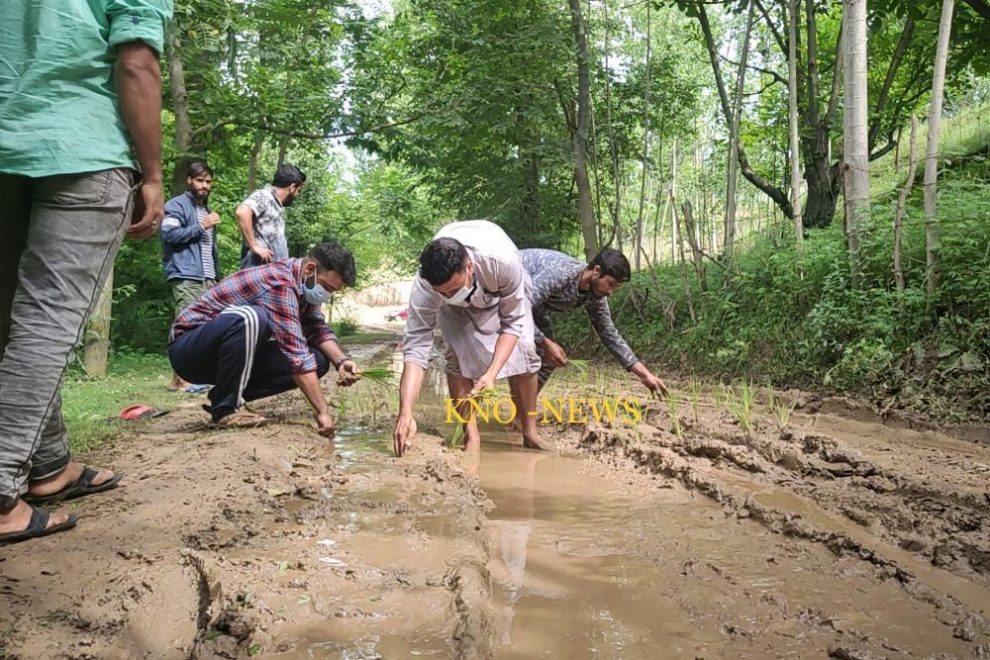 Say road neglected by R&B for years despite repeated requests

BUDGAM, June 14: Residents of Check Mohalla in Qazipora village of Chadoora in Budgam district Monday chose a unique way to protest against the government’s failure of repairing the important road link by planting paddy crop on the road stretch to attract attention of authorities.

According to news agency villagers planted paddy saplings as a mark of protest on the Chadoora-Check Mohalla Qazipora road to highlight its poor condition.

Residents alleged that authorities never paid interest to repair the road their and the village is only six kilometers away from Chadoora tehsil.

The residents of the village said that the road is in dilapidated condition as the stretch has not been repaired since a decade due to which they face many problems.

“We apprised R&B department about the bad condition of these roads but they did nothing,” they said. They appealed the district administration to repair and macdamize the road so that they can heave a sigh of relief—(KNO)