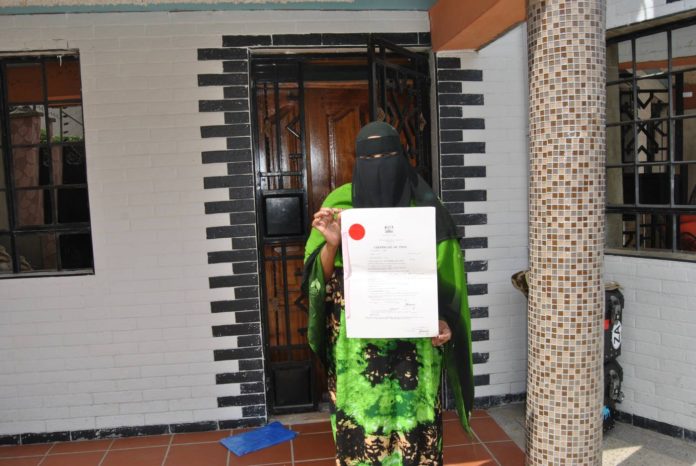 NAIROBI: On a sunny Saturday morning, Waswa Wekesa stood outside his family’s four-bedroom home in a middle-class Nairobi suburb and tried to understand how the government could raze it to the ground.

“I bought this piece (of land) in 2002, immediately after getting a job,” the 48-year-old management consultant lamented as he recalled how hard he had worked to build the house.

“I was only 30. I didn’t take out a bank loan but used all my salary through the years to purchase the land and to gradually build the house,” he told the Thomson Reuters Foundation.

Wekesa’s house and hundreds of others in the suburb of Langata face bulldozers after the environment ministry handed them eviction notices in June, saying their land was sold to them illegally and belongs to the nearby Ngong Forest.

The demolition of homes in low-income and rural areas has become a familiar occurrence in Kenya, but this time, say housing rights advocates, the government has come up against resistance from residents with the financial means to fight the evictions.

After launching a lawsuit against the Kenya Forest Service and the Cabinet Secretary for Environment, Keriako Tobiko, the homeowners in Langata were granted a pause on the evictions pending a hearing in late July.

Their case was dismissed, said Wekesa, meaning evictions will resume unless halted by Kenya’s parliament.

The land at the centre of the legal tussle is 54 hectares (133 acres) which was excised from the larger Ngong Forest in 1998 “to be put to public use,” according to local officials at the time.

Today, more than 20,000 families in Langata live on land that the environment ministry says was bought illegally by various civil servants who subdivided and sold parcels of it to unsuspecting members of the public.

Now the ministry is taking back the land as part of a tree-planting drive, Tobiko said at a press conference on June 17.

Along with the homes in the area, the government also plans to tear down the building that houses Kenya’s police dog unit, a hospital and a women’s prison, Tobiko added.

Asked about compensation for the evicted homeowners, Tobiko told the press conference that the government is not offering to pay anything to the residents and that those who fail to follow the eviction orders “will face Mau Forest-like wrath”.

About 300 families from the Ogiek community who inhabit the Mau Forest have seen their homes demolished or burnt down, and their farms destroyed by the Kenya Forest Service (KFS), land rights campaigners say.

A spokeswoman for the environment ministry referred the Thomson Reuters Foundation to the minister’s public appearances.

Critics of the government’s move say it is necessary to balance the country’s conservation efforts with the needs of its residents.

Renny Langat, a Nakuru-based constitutional lawyer and advocate of the High Court of Kenya, said focusing on future generations should not come at the expense of the rights and welfare of the current generation.

“These people have been on this land for more than 20 years now. Where was the government all that time?,” he asked.

“Of course, I say that we should conserve the environment, but not at the expense of the people living in those areas because they are fully developed,” Langat added.

She and her husband bought two parcels of land inside the estate 20 years ago and built houses on each of them, one they live in and the other they rent out.

“We have genuine titles that were issued within six months of our application by the same government that is threatening to evict us and have also been paying land rates to them,” she explained.

Tobiko said in June that because the land was initially bought illegally, the title deeds that Gedi and other homeowners hold are void.

Humphrey Otieno, chairman of the Nairobi People’s Settlement Network, a coalition of community groups, said the government has inconsistently applied the law when it comes to evicting residents of high-end housing compared with those from slums.

In a recent round of evictions in May, the government demolished some 600 homes in the Kariobangi slum in northeast Nairobi with two days’ notice, forcefully evicting at least 5,000 people in the midst of the coronavirus pandemic, campaigners said.

“For thousands and thousands of residents in informal settlements who are there not by their choice but because of their status, they are evicted mostly at night, and court orders are completely defied,” Otieno said in a phone interview.

“The government is failing in its responsibility to provide, protect and fulfill its mandate … by applying the law selectively,” he said.

Housing rights advocates point to the seeming contradiction of a government tearing down homes while also pushing to increase affordable housing.

In his 2017 Independence Day speech, President Kenyatta announced four goals he wanted to achieve before his term ends in 2022, including the promise to build 1 million houses, or 200,000 housing units per year.

On July 9, Justice Bernard Eboso of the Environment and Land Court said that the residents of the Langata estates had acquired their titles lawfully and that plans to demolish their homes were unlawful.

Wekesa said even if the government was to compensate his family after they are evicted, it could not make up for the loss of his home.

He said his house and the land it sits on are together worth about 50 million Kenyan shillings ($464,000).

“Here we have built an ecosystem that supports a lot of people, including those from the nearby slums who come to work for us. Their livelihoods will be affected as well.”