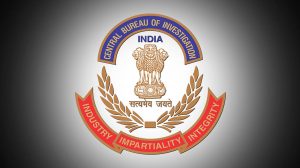 A special judge issued the warrant of search after which the house of Mehboob Iqbal was searched.

It has been learnt that a search warrant has been issued against many other former IAS officers and raids are undergoing in different parts of Jammu and Kashmir.

Mehboob Iqbal was among prominent bureaucrats of Jammu and Kashmir, who had risen to the position of Divisional Commissioner, Kashmir.

He was named as accused in the Gulmarg land scam along with other prominent bureaucrats.

He was also appointed as Chairman of Jammu and Kashmir Cricket Association (JKCA) during the BJP-PDP government and rose to the position of General Secretary in PDP.

However, after the PDP-BJP bonhomie ended in 2018, Iqbal resigned from the primary membership of the party and joined the National Conference (NC)—(KNO)