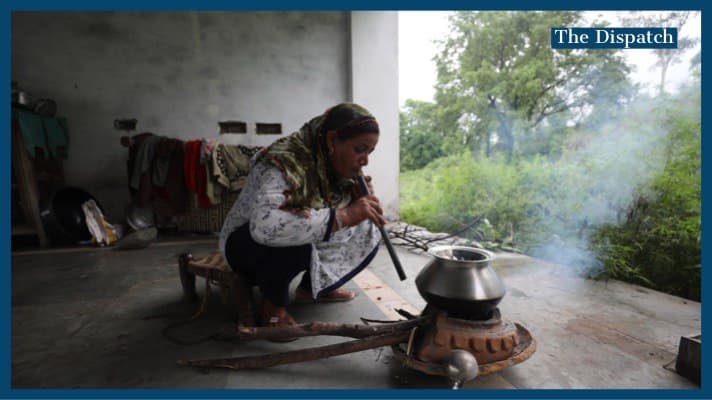 In the erstwhile estate of Jammu and Kashmir, the Gujjars and Bakerwals could be seen as single largest community in around fifteen to twenty Assembly constituencies.

The communities were in for a political shock when they saw only two of them winning elections in 1996 -Choudhary Mohammad Hussain and Mian Altaf Ahmad. In other Gujjar dominated Constituencies, the community members competed against each other while non-Gujjars won the seats.

It is at this stage that the campaign for political reservation intensified. Declared as Scheduled Tribe in 1991, the Gujjars were not recommended by Delimitation Commission of 1995 for reservation in Legislature.

There is a long history of politicisation of Gujjars which has ended after the removal of Article 370 as their key demands and requirements stand fulfilled: reservation in Legislature and the Forests Rights Act.

Drawing strength from the Reorganisation Act of 2019, the Manoj Sinha administration has already effectively implemented the Forests Rights Act.

Leaving Gujjars and Bakerwals as happiest section of society anywhere in Jammu and Kashmir, the Delimitation Commission in its final award has confirmed reservation of nine seats for the Scheduled Tribes. This is historic for these tribes as now they make ten percent of the Legislature.

The Commission has recommended to reserve nine seats for the Scheduled Tribe -eight of them go to Gujjars and Bakerwals and one to Shina community of Gurez in north Kashmir.

Personally reached out by the Congress leadership including Prime Ministers Jawaharlal Nehru and Indira Gandhi, longtime critical support mass of the National Conference to significant expansion material for the Peoples Democratic Party, the Gujjar and Bakerwal tribal communities of Jammu and Kashmir are increasingly finding themselves cared and looked after.

There is a long history of politicisation of community which is gradually tapering down as constitutional rights begin to reach them with honour and dignity.

The Gujjars and Bakerwals numbering over a million –though figures are disputed –have always remained at the center of conflict-laced political projects and the national security loom, but there were hardly any material gains for the community. From filling up the back rows of political rallies to being admired as the country’s second line of defence –for being border area dwellers, mainly –their position was hardly ever considered for elevation beyond the obvious decorative value.

This decorative value brought fortunes for the ‘vendors’ who became millionaires through political routes but the overall social condition of the Gujjars and Bakerwals didn’t see any significant elevation to be able to live a dignified life. Laws necessary for the empowerment of community were never enacted, the political reservation, as applicable to Scheduled Tribes in other parts of the country, was never allowed to enter Jammu and Kashmir.

Looking at the high political development from the margins for decades, the Gujjars emerged key beneficiaries of the monumental changes of August 5, 2019 event. Many would still be nostalgic about the so-called special status but there is general consensus among the community elites that political reservation –as committed in Jammu and Kashmir Reorganisation Act –would have never come in the pre-August 5 environment. This can safely be said on the basis of three-decade-long struggle for inclusion in ST and further three-decade-long struggle for the political reservation. When the next elections happen, Gujjars will have Assembly constituencies reserved as per the percentage of their population. This will be a constitutionally guaranteed assurance for a certain numbers of tribal people in the legislature. (Translated from Urdu by Shabir Ahmed)