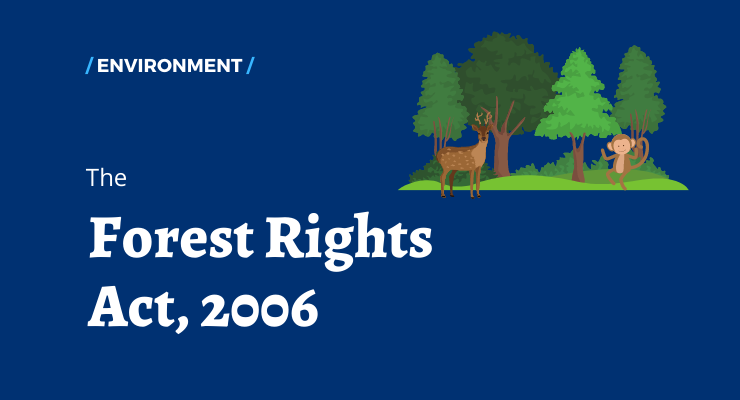 I have been raising apprehensions about criminal elements having taken control of several Forest Rights Committees (FRCs) in many villages of J&K. Without having mandatory Gram Sabha meetings dozens of such committees were constituted across J&K. This will have serious repercussions and backlash in future if not rectified soon.

The aim of these undemocratically constituted FRC’s is to grab the forest land in connivance with some vested interested forest officials. There are many FRC’s which have uprights and educated members and were constituted through a proper process but most of the committees (FRCs) need to be reconstituted by holding fresh gram sabha’s.

The Criminal elements who have managed to become Chairpersons and Secretaries of Forest Rights Committees (FRCs) in addition of seeking claim over encroached forest land for themselves will also try to act as touts and middlemen. These people have infact started taking money from poor tribals like Gujjars and other traditional forest dwellers (OTFD) by promising them land rights over the forest land already in their possession for centuries. To make sure this doesn’t happen , I would suggest that a massive reshuffle of forest officials be taken up in the coming days before the forest rights claims are filed by the people. In addition to it Tribal Affairs Department needs to get activated as well. The department is technically the nodal agency for FRA implementation. Even at national level Tribal Affairs Ministry is looking after Forest Rights Act , but in J&K due to unknown reasons the Tribal Affairs Department has been given no role at all. Now as there has been the change of guard it seems that newly appointed Secretary Tribal Affairs Dr Shahid Iqbal will ensure better implementation of Forest Rights Act especially its massive awareness.

Last summer I went trekking in the Pir Panjaal mountains . On our way down from Trusar , Bargah to Yusmarg we came across forests around the Frasnag area that were damaged in the recent past. Falling within the Doodh Ganga forest range, we found Kail and Fir (Budloo) trees had been vandalised. According to local migratory communities in the area, timber smugglers were responsible for most of the damage to the forest who came from other areas like Sangerwani or even as far as Kellar areas of Shopian. Kail (Kairoo) trees are the prime target for the timber smugglers—it fetches them good money. Significant damage has been inflicted on these trees, with more than 2,000 trees being cut between March and August last year amid COVID 19 pandemic. Damage to these forests has been rampant since the abrogation of Article 370 last year (due to the complete lockdown and communication blockade). I had written a detailed piece on the issue. A committee was constituted as well on the orders of Principal Chief Conservator of Forests (PCCF) Mr Mohit Gera who is the head of forest force in J&K. I was shocked to see the report wherein the committee had recommended construction of a road deep inside the forests. The officials involved were neither identified nor punished till date. The damage caused to forests is not at all coming down. Few months back Deodars and Kail trees were axed in Baderwah Forest Division area compartment no’s 11,12,17,45,56,57 . The Forest Officers who are against giving forest rights to Tribals must first question their own staff who are involved in this crime ? The Forest officials claim that they cannot protect the trees because of a lack of manpower. Local shepherds and tribal populations allege that certain officials are also involved in the timber smuggling as they take money from smugglers. Many officials are tasked with burning the tree stumps soon after trees are cut down so that they look like old, axed trees. In addition to this, black tea, acid, and motor oil are also used to get rid of evidence after trees are chopped down. It is a known fact that unless some officials of the forest department are not in hand and glove with timber smugglers not even a single tree inside the Jungle would be felled ? Local residents living near forests told me several times that lower rung officials of the forest department are the real culprits and if not reshuffled and posted outside the forest range the timber smuggling won’t come down at all. This is very much true. In the past I would suggest making changes at the top , but now I say make this change from the village level, halqa level as Govt officials posted at village level have created their own unholy kingdoms and they are not transferred for years together.

If the local forest officials are not reshuffled and posted in some other forest range or block the implementation of Forest Rights Act (FRA) will get severely affected in the coming months. In league with local influential people and touts these officials may allow land grab and illegal construction of mud / log huts (kothas) so that the same are registered in name of the illegal beneficiaries. In the past also forest officers have been accused of taking money for these illegal constructions. Some of the structures were even demolished in the range land’s of Pir Panjal forest division last autumn. I would suggest that lower rung officials like forest watchers, helpers , chowkidars, forest guards or block forest officers be deputed to some other areas at least for 1 year so that the nexus between these officials and the local criminal elements is broken. A forester should not be posted in a forest block falling within his home district during the implementation of Forest Rights Act (FRA). We have got information under RTI Act wherein it is clear that Forest Gaurds and Block Forest officers have not been transferred outside the forest range or division for last many decades. Some have even served in the division for last 30 years.
As Department of Tribal Affairs have dearth of staff , the Govt school teachers and Anganwadi employees should be deputed with them for 2 years , so that they also help authorities in better implementation of FRA as Jammu & Kashmir.

The Indian Forest Act of 1927 had nothing to do with forest conservation. It was created to serve the British need for timber. This law sought to override customary rights and forest management systems by declaring forests as the state property and extracting timber from forests and allowing axing of trees in hundreds and thousands in numbers for developmental projects. Forest Rights Act (FRA) has been enacted to overcome those historical blunders, provided the forest officers facilitate smooth implementation of this law. If a forest dweller is in possession of 1 kanal of forest land, he will get the title for one kanal only. If he has a Kotha registered in forest records he will get the right to repair it but if these records are manipulated by corrupt practices that should that be a reason to curse the Forest Rights Act but instead we must blame the corrupt officers and officials of forest and other concerned departments…

The author is Acumen fellow and Anant fellow for climate action. He is also the Chairman of Jammu & Kashmir RTI Movement