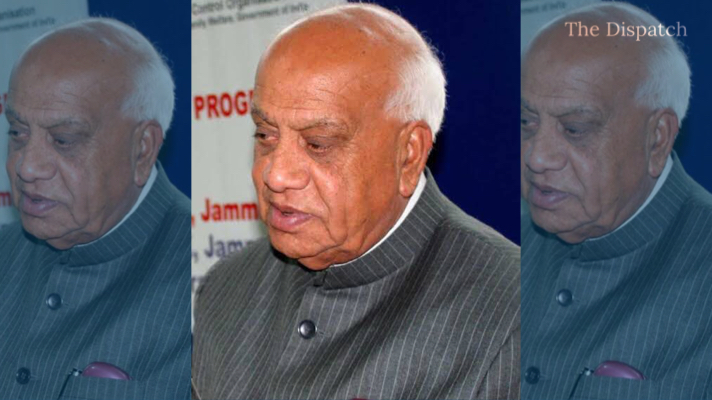 Panditji as popularly known was a man of deep culture, soft-spoken, most affectionate, a firm secularist who was always available 24/7 for help to one and all and most popular within the masses across the state. Behind his soft exterior he wore a tough interior when it came to patriotic interests and his secular commitments.

The tallest politician in Jammu and Kashmir, an elected member of the legislative assembly for six terms, a Parliamentarian, a speaker of the Assembly and the first Congress Party Deputy Chief Minister in the coalition headed by Mufti Mohd Syed as Chief Minister.

He was a leader of the Indian National Congress who enjoyed the personal confidence of INC presidents namely Indira Gandhi, Rajiv Gandhi, Narsimha Rao and Sonia Gandhi. Pandijit as was considered as one of the shrewd troubleshooters for the high command and astute politicians having acceptance in all three regions of former J&K State.

I had the privilege of working closely with Panditji in the accomplishment of the most difficult party assignments from time to time when I used to be an ideologue and a General Secretary of the Pradesh Congress Committee. I can safely say, that once in Cabinet there was a serious issue on a policy matter between Panditji and CM Mufti. Even the high command was inclined to side with Panditji consequently the Congress Party would be driven to withdraw the support and Mufti’s Government would eventually fall.

I was drafted in. I had an authorised confident marathon meeting with CM. I wish to reveal what Mufti told me-(Quote)-“Ashok I have always respected Panditji as a valuable colleague and he was always known for his soft views and his acceptance as a Hindu leader across the State is his great political asset. But it seems to me now being in the government that “behind his soft exterior he has a tough interior.”

I could not but agree with Mufti because I had seen Panditji very strongly persuading the Congress high command to end the Jammu and Kashmir intra-party squabbling being unnecessarily orchestrated and encouraged by a leader from Jammu sitting and basking in the glory of power in Delhi.

Another instance of Panditji’s tough talk was when Dr Farooq Abdullah abdicated his constitutional responsibility and resigned as Chief Minister in Jammu on the arrival of Jagmohan as the Governor. Panditji told Abdullah that it is very harsh decision and has dangerous consequences for the whole of the State that is in deep turmoil. Your unilateral decision to quit the government will create a vacuum that may boast the militancy and we are in the coalition you have not consulted us as your cabinet colleagues. Farooq retorted saying I have consulted your high command and resigned. The consequences we have been witnessing for more than three decades.

One more important fact I wish to bring to readers notice-I was part of a high-level delegation headed by Pt Mangal Ram Sharma, the others besides me were Sardar Rangil Singh, Abdul Aziz Zargar, Kamal Sharma and Ghulam Rasool Kar joined us in Delhi. We called on PM Rajiv Gandhi and briefed him about ongoing terrorists in the State and made some suggestions. He directed us to meet KC Pant then Defence Minister.

Meanwhile the General elections were announced. While meeting Pant told us that government of India seized of the Kashmir Situation and now the elections are announced you may have to bear with the suggestions you made for couple of months but he assured the terrorism would end soon the security forces and army will take on the militancy.

On this assurance, Pandit Mangat Ram told Pant -quote-“Panditji the whole PCC cadre and we are now free if you desire we may be drafted in for your campaign in your elections.”The answer from Pant was -quote-“Aray Panditji Congress high command Ka pata Hota hia ki Ticket Milaga bi ya Nahi.”

Later within ourselves, we discussed if the defence Minister is not sure of his future then what lies for future of J&K State is in God’s hands. Lo and behold pant did not get the Congress ticket and he later joined BJP. Possibly Congress’s high command must have sensed his opportunism.

One more fact-During GM Shah-Congress collation the political turbulence within had started after a while Shaw was CM. The ambitions within congress had upset Shaw and he went erratic in his outbursts against few leaders through privately. So all prominent congress leaders went in for political huddle from time to time Mufti Syed as PCC chief was requested to become an MLC, he flatly refused.

In one of our huddles within a few of us Pt. Mangat Ram came up with an idea that Mufti Syed shall contest assembly bye-election from Jammu Region and named RS Pura as the constituency.

The idea was seconded by me and Janak Raj Gupta.So the formal proposal was send to high command through Janak Raj. After a while it was approved and the process culminated in Mufti getting elected as an MLA Shaw did not take it kindly and rest is the history.

Panditji was very sad about the Aborigine’s Kashmiri Pandit Community exile from the Valley. He was always helpful and one of most articulate advocates for their Cause. I and Sardar Rangil Singh were with him in his meeting with Sharad Pawar as CM Maharashtra and pleaded strongly for the reservations for Kashmiri Migrant boys and girls in all the professional education institutions in Mahabharata, which Sharad Pawar government eventually did.

That was the start of reservations in professional institutions for the children of migrated Kashmiris. That was the start of influx of the exiled KP population in Jammu and elsewhere in the Country. Panditji had an important role in persuading the Sonia-Manmohan Singh power centre for a return and rehabilitation package for Kashmiri Pandits.

Lastly a powerful Kashmiri ex-pat namely Farooq Kathwari met Pandit in Jammu at his official residence and Panditji had asked me to be present. I flew in for that meeting from Delhi. It was during his Dy CM tenure. Kathwari said he had met CM Mufti Syed that morning. He discussed many issues about so called way forward to resolve Kashmir Imbraglio etc. But Panditji was strong, decent & categorical to tell him -We are here to mainstream Kashmir at any cost and separatists’ leaders in the interests of people have to support and be part of the process or else they shall get consumed into political oblivion future. How farsighted Panditji has been. That deserves salutation.

In his six-decade-long political career, Mangat Ram had served the state in different capacities. He was the only leader in the state to earn respect in all three regions of J&K.

He was known for his accessibility and unlike other politicians, was easily available to the common man during his days in power. He remained a troubleshooter for Congress for years together.

Mangat Ram had effectively handled the controversial Jammu and Kashmir Permanent Residents Women (Disqualification) Bill in 2004 and saved the then coalition regime. He had started his career as a social activist in the early 1950s. He resigned from government service as Block Development Officer and joined active politics in the 1960s.

He was made a Member of the Legislative Council in 1961 and 1968. In 1972, he entered the Assembly from the Basohli segment of Kathua district in the Jammu region on Congress ticket. He was re-elected from the same constituency in 1977 and 1983.

He was elected as MLA from the Jammu West Assembly constituencies in 1987 and 2002. In the 1996 General Election, he won from the Jammu-Poonch segment. He was described in political circles as one of the most astute politicians and was close to the Gandhi family. As Speaker of the Assembly, he earned respect among the legislators for his unassuming and impartial nature.

Born on November 17, 1926, in Jammu, Mangat Ram was a prominent politician of Congress. He graduated from the GGM Science College J&K University, in 1952. He is survived by six sons, daughters-in-law and grandchildren. 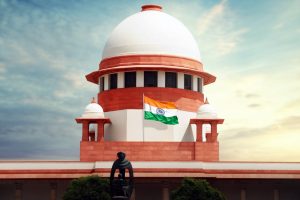 Vital Office, Not Sinecure
Bharat Jodo Yatra: Will it translate into votes?
Comment