Pindi Bhatti is the place where Rai Abdullah Khan was born in 1547 in the family of Laddi and Farid Khan, whom the world now calls Dulla Bhatti. He was a Muslim Rajput. Four months before his birth, Humayun killed his grandfather Sandal Bhatti and his father Farid Khan. The skins of both were stuffed with wheat hay and hanged outside the village of Bharwa in order to instill fear in hearts of rebels. The reason behind their killing was that they refused to pay the tax to Mughals.

Continuing the glory of ancestors, Dullah Bhatti became the Robinhood of that era. Akbar considered him a dacoit. He with his partners used to loot goods from the Akbar’s zamindars and soldiers then distributing them among the poor. Akbar’s eyes were gritty. Suffered so much that Akbar had to shift the capital from Agra to Lahore. Lahore has flourished since then, it continued to grow till date. But the truth is that the emperor of India was afraid of Dulla Bhatti.

Dulla Bhatti did not know the fate of father and grandfather when he was young, and when he grew up, he came to know. Once Dullah caught Akbar, when he captured him Akbar said, “Brother, I am not the Emperor, I am a buffoon” So what is the use of killing? Then Dullah freed him.

Lohri is celebrated because of ancient tradition of worshipping Indra via Agni and another legend is also related to Sati-Shiv. Also, Lohri got its name from Lohita Kalpa. Then how did Dulla Bhatti join Lohri?

It also has an anecdote. Sunder das was a farmer, at a time when there was terror of Mughal chieftains at Sandal Bar. He had two daughters, Sundari and Mundari. The intention of the village Lambardar was not good on the girls. He threatens Sunder das to get daughters married to him who in reality wanted to sell them as the slaves in the Middle East Market. Sunder das spoke to Dulla Bhatti. Dulla Bhatti reached village of Lambardar. His fields were burnt. The girls were married where Sunder das wanted them. He gave sugar to them as his well wishes and that day was the day of Lohri and it is the day and today, we celebrate it by reminding the great warrior.
Akbar wanted to humiliate and kill Dulla Bhatti. It is said that Akbar’s army of 12 thousand could not catch Dulla Bhatti, so in 1599, he was caught treacherously during fight and then he was hanged. His grave is still in Miani Sahib cemetery where homage is being paid and on every lohri he is being reminded for his deeds. 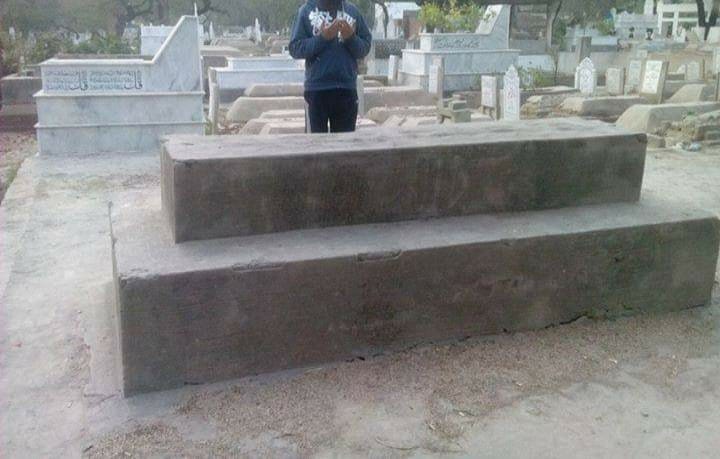 Pic:- Grave of the “Dullah Bhatti”.

Republic Day 2020: Checklist of the numerous firsts
Lohri is as old as Indus Valley civilization