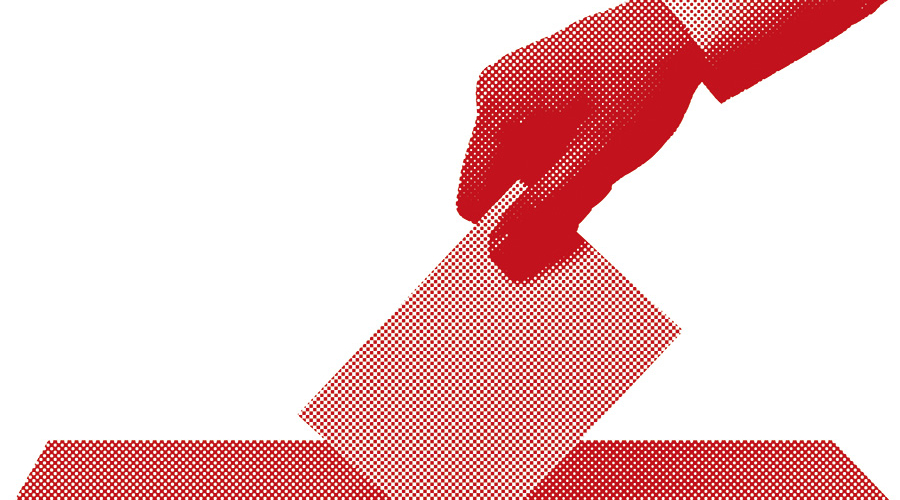 Move over meat eaters, Saffron storm-troopers are relishing the ban on sale of non-vegetarian products during Ram Navmi as they have a majority st(e)ake in India. Thereby, deciding our right to choose what should be eaten. Food fascism at its inane best by garnishing religion in a political dish in the hope the revered festival would transform into a Kamdhenu!

Clearly, buoyed by its landslide victory in four out of five recent elections specially UP, the Saffron Sangh is reportedly on a roll. Using one issue after another to emphasise their Hindutva credentials and raise communal temperatures. Beginning with love jihad, stopping inter-faith marriages, lynching Muslims for transporting cattle, banning hijab in favour of school uniform, sale of halal meat, disallowing Muslims from opening shops at temple fairs, barring use of loudspeakers for Azaan to meat ban.

Alas, religious intolerance barred its poisonous blood-soaked fangs as rallies were taken out during the festivities in Delhi, Bengal, Jharkhand, Gujarat, Madhya Pradesh leaving three dead and several injured resulting in State Governments imposing Section 144 and banning large gatherings. In Delhi’s JNU ABVP clashed with left-wing student outfits over chicken being cooked in one of the hostels.

Of course, no neta wanted to get his teeth into an individual’s food preferences but it didn’t stop them from being holier-than-though. The clamour for meat ban is mostly aimed at making political gains by triggering religious sentiments. Perhaps the recent electoral successes have emboldened the BJP and its various offshoots to upping their religious ante or the forthcoming elections in Gujarat, Himachal and Karnataka might have motivated them. It would help the Party play to the gallery and thereby reap poll dividends

Of the three, Gujarat and Karnataka are particularly important. While the BJP feels Modi’s home State is a no brainer where it is confident of romping back, the latter is iffy. Despite running the Government, the Party is reportedly not so influential anymore having dispensed with its tallest leader Yediyurappa and now functioning under a nondescript Chief Minister Bommai.

Not a few so called ‘secularists’ question the logic behind shutting down meat shops across States. Those fasting or those who are vegetarian are free to do their own thing but why are their food habits being foisted on all Indians and hurting meat vendors business? Added another, in a democratic country no majority can force its choices on people.

A ban on meat-shops does not serve any larger public purpose other than catering to Hindu sentiments thereby forcing everyone to adhere to their belief. Besides, Hinduism is pluralistic and festivities are influenced by local cultures. During Navratri while people in the North abstain from consuming meat and non-vegetarian products, Bengalis consume fish and mutton and even offer them to Goddess Durga.

The Hindutva Brigade retorts all Muslim-ruled countries have banned all pork products and people abide by it. Moreover, no one in the Arab World has starved because of not eating  pork. So what is wrong if a country where 80% majority are Hindus lays some conditions during religious festivals, others should respect their sentiments. “It is a short restriction for a few days and surely non-vegetarians can remain vegetarian for this short period”.

Questionably, if loudspeakers at a mosque during Azan is OK and cited as being ‘secular. Why does a Hindu calling for a ban smack of communalism? How?  What has secular-communal got to do with the banning of sale of products so as not to hurt religious sentiments? How can we stereotype food?

Also, meat traders will not suffer much nor is it substantial injury merely because their business has been closed down for 9 days twice a year. “Muslims should learn to be tolerant”, asserted a BJP leader. In recent times, meat has been politicised wherein the minority community has been organizing ‘meat festivals’ including ‘beef festivals’ to hurt our religious sentiments.

Pertinently, in June 2019, a beef festival organised in Kolkata was cancelled after organisers complained of receiving threats. A year earlier a group ‘Team Kerala Cyber Warriors’ hacked the Akhil Bharatiya Hindu Mahasabha website and posted the traditional Kerala beef curry recipe. This was in retaliation to Swami Chakrapani comments that Kerala floods were a consequence of eating beef and disrespecting cows.

In May 2017, in Maharashtra Youth Congress workers publicly slaughtered cows. In 2015 during Jain festival Paryushan when the community abstains from consuming food and water a chicken was cooked outside their temple in Mumbai.

Legally speaking, though Article 19(1)(g) of the Constitution states all citizens shall have the right to practise any profession or to carry on any occupation, trade or business, this right is subject to Article 19(6) that states the State can impose reasonable restrictions on the exercise of the right through a law in the interests of the general public. Bluntly, sentiments of a section of the population.

True the Constitution does not explicitly provide for the Fundamental Right to Food. But the same is read under Article 21. In 1958, the Supreme Court upheld the ban on cow slaughtering, but also considered the nutritional needs, and partially allowed slaughter of bovines noting that for a large section of poor consuming beef and buffalo flesh was a matter of “necessity”. However, later it overruled the earlier judgment saying that since only a small number of Indians ate beef it could be banned.

But in 2017 the Apex Court recognized the Right to Food as part of one’s Fundamental Right to Privacy under Article 21. It protects an individual from the scrutiny of the State in their home, of their movements and over their reproductive choices, choice of partners, food habits etc.

Politically, Opposition  leaders feels the Sangh is using the meat ban as a panacea to consolidate the majority community against minorities. They accuse saffron-robed Ministers, netas and swamis of recklessly playing the communal card. Politicising Hinduism to tailor to their ambitious needs and electoral gains where one man’s opium is another man’s poison.

On the obverse the BJP blames Opposition netas of making the Muslim vote bank the tour de force of Indian politics. It’s all about pyare Mussalman mujhe vote do! Thus, we have a wacky hodgepodge of forbidden food according to leaders’ political appetite. Worse, our netas seem to suffer no sense of guilt or qualms of conscience. Accentuating a cynical food-fight sells and how!

Importantly, our leaders need to understand that by upping the religion ante and playing Hindus and Muslims against each other they are only serving their vested interests. Communalism thrives on one community’s hate for the other along-with playing up the psychosis of retaliation.

In the final analysis, any ban legislation should neither be made a political issue or religious plank for power. In a democracy be it the majority or minority community both have to live together. They should respect each other religions and sentiments. Our leaders too should refrain from playing the creed card to further their political agenda. It is about tolerating differences and not beating it to a pulp with a meaty bone. What gives?