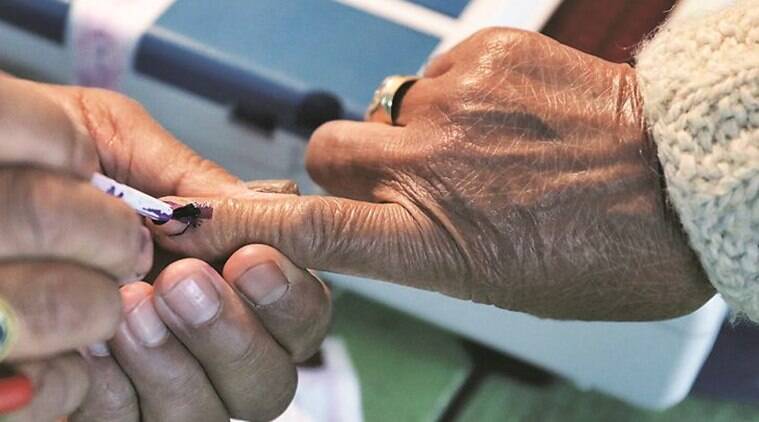 West Bengal Chief Minister Mamata Banerjee, bitterly fighting for re-election of her government, has claimed during a visit to a temple in the midst of electioneering that she belongs  to Shandilya Gotra, one of the eight highest  Brahmin gotras,  and so  a  descendant of  Shandilya  Rishi. This was when the priest asked her gotra for performing  puja  on her behalf. This reminds us of former Congress President Rahul Gandhi’s declaration before last Lok Sabha election that he was a “Janeudhari”. He visited Kamakhya Temple in  Guwahati  this time.  DMK leaders in Tamil Nadu find it necessary to repeatedly affirm that they are not anti-Hindus.

Political scientists may view this as identity politics that can assume different avatars to suit the occasion. For onlookers, election campaigns are increasingly becoming comic shows and speeches less and less on public issues and more and more on personal and emotional matters.    In this trend, use of religion as a tool for propaganda and as a bond that can both integrate and disintegrate people is openly seen today in the four States and one Union Territory going to polls.

Prime Minister  Narendra  Modi’s  visit to  the  Matua Temple  near  Dhaka during his visit  to Bangladesh to participate in the Golden Jubilee celebration of  freedom of that country also invited criticism as having a political motive of appeasing Matua community of Hindus living in  North 24 Parganas in West Bengal. Modi also said, “This is a pilgrimage of the bond between the people of India and Bangladesh…People from India visit Orakundi each year and we will take measures to facilitate the pilgrimage”.  To Mamata  Banerjee,  it appeared  to be  a case of   “vote marketing”  and it is reported in the press that she raised a query in her characteristic style  why  PM’s passport and visa  should not be cancelled.

In election season, there is need to befriend all castes and communities while one can choose   one’s favourites off-election season. People, particularly those politically active, recall that the same West Bengal Chief Minister disallowed the traditional practice of taking out a procession for immersion of Durga idol after Durga Puja to allow undisturbed Muharram procedures.  Such contradictory positions assumed by political parties are very common. Consistency is the last virtue in election-related activities.

In Puducherry, the BJP promised to remove government control over all donations given to places of worship, to build a temple complex at the famous Sani Bhagwan Temple at Tirunallar, to renovate historical temples, and conduct annual cultural and spiritual festivals. It promised to remove all encroachments on temple lands, and set up special funds for renovation of temples.   All these were offered to make the region a “spiritual hub”.

The DMK repeatedly asserts that it is not opposed to any religious faith and would uphold religious harmony and protect the honour of all religions. Tamil Nadu Chief Minister E Palaniswami belonging to the AIADMK says that Muslims and Christians should not trust the DMK and minorities have nothing to fear when the AIADMK is in power. He has also promised to renovate 7,000 temples in the State.

DMK is taking special efforts to erase the image it has earned as an anti-Hindu party by its origin and history. Rationalist leaders of the party questioned many traditional beliefs and practices still followed at home, in temples and in the society as part of religious rituals which helped to perpetuate social inequalities. They also changed some of them. Priestless, ritualless self-respect marriages were validated by the DMK government. Under Karunanidhi, the party had held anti-superstition and anti-caste conferences. It permitted temple mantra in Tamil along with Sanskrit.  Reforms intended for eradicating caste inequality and superstition, created an impression about the DMK as anti-Hindu and pro-minority religions.

More recently, Setusamudram Project opposed by many on the belief that Ram Setu was the bridge constructed by Lord Ram to cross the ocean to go to Lanka and therefore a sacred structure that   should not be demolished was steadfastly supported by the DMK — a stand that vitally hurt Hindu religious sentiments. Its extraordinary enthusiasm in the project overlooking even its economic viability seemed to display a strong anti-Hindu posture.

Karunanidhi’s questions over the engineering qualifications of Lord Ram to build a bridge could have pleased his associates as a political joke or for his secular faith but would not have gone well with Hindu majority.  DMK has to wipe clear of anti-Hindu tag – a tag which does not fit the present generation party loyalists. But, it has used for its political opponents and so an immense burden for DMK to be offloaded by deliberate pro-Hindu promises and gestures.

Post-Karunanidhi DMK has a difficult task of gaining the support of all sections of Hindu majority not possible without respecting Hindu sentiments. Promoting Reservation Policy alone is not enough for collecting votes. It has to adopt a strategy suitable for all.  Hence, it can neither  openly stick to original DMK ideology pertaining to religion,  nor get out of it with the  result that it has to profess a novel “political secularism” that openly  supports minority religious groups and  privately follows the religion of the majority.

West Bengal presents a classic case of religious polarisation in the present election. In the Indian elections, religious affinity is used so far to appeal for votes, to select candidates, and for mobilisation of bloc votes by promises and offers. It was usually applied to garner support of minority groups which are inclined to form groups. This politics has gone too far and has now created need for “majority appeasement” to balance the disturbed scales.

Mamata Banerjee accused the BJP of trying to divide the minority votes and playing communal politics. “It is my responsibility to ensure your security and well-being of your society”, she told the minority groups. She was not averse to reciting Islamic verses in government events, but protested against Jai Shri Ram slogan and walked out of the birth anniversary function arranged for Netaji where PM was also present. The epithet “Mother of Minority Appeasement” used for her by a BJP leader, whether fitted her or not,  indicated  that elections still have use for religious divisions  and appeasement politics.

In Kerala, Modi took up the case of protecting Indian culture. Citing the incidents at Sabarimala Temple for allowing entry of women in all age-groups as intrusion of activists in the culture of the land, he resented portraying Kerala culture as “regressive” and the attempts made to “destabilise place of worship”. He started his speech by chanting “Swamiye Saranam  Ayyappa”   and paid tributes to several temples in the region. With large population of Muslim and   Christian minorities, Kerala has a composite culture.

It is clear that in the present election series, the most noteworthy and surprising feature, because of its rather sudden emergence is the politics of Hindu majority appeasement. The well-established minority religious pampering is today facing a parallel growth of majority appeasement. When the BJP does it, it is part of its ideology of protecting and preserving Hindu religion; when others do it, it is their secular outlook!—INFA