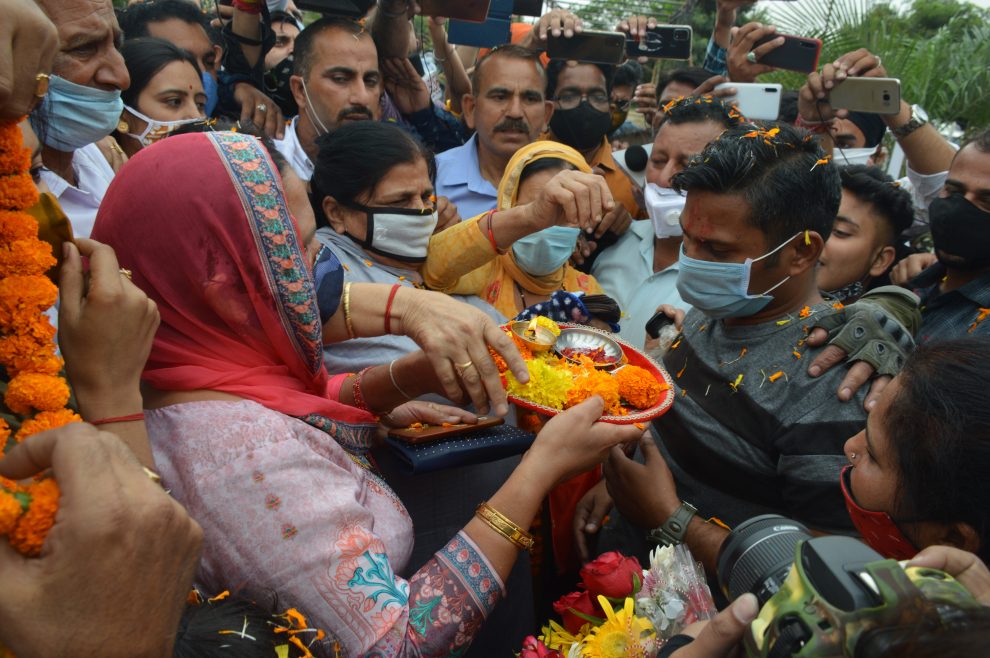 Jammu: Thanking everyone for the efforts, the family members of the abducted CoBRA commando from Jammu Friday said there is no end to their happiness on seeing him return after being released by the Naxals.
Rakeshwar Singh Manhas was released almost a week back by the Naxals after being abducted in Chattisgarh.
The CoBRA Commando of CRPF, Rakeshwar Singh said that he is very happy over the reunion with family members and thankful to all those who extended support during trying times.

“There is no end to the happiness I gained after meeting my family members,” he said.

“I didn’t lose hope for even a minute when I was under their captive”, Rakeshwar maintained with a full of smiles on his face.

Meenu wife of the CoBRA commando said that she had only waited to see him come back and there is no end to the amount of her happiness.

She thanked the mediators and the central government for their efforts in bringing her husband back also the Jammu and Kashmir and Chattisgarh government besides the security forces.

“We were able to see him back only because of the efforts put in by everyone,” Meenu said.

A senior Central Reserve Police Force (CRPF) present on the occasion at Kangra Fort while talking to reporters said that he is very thankful to everyone since the CRPF Jawan has returned home happily.

Notably, the CRPF commando was released after the mediation who was earlier abducted by the Naxals after an attack.

A mega welcome function was organized in favour of the commando with hundreds of people including the officials, relatives, and family members present on the occasion.(KNO)

2 pilgrims killed, another injured after being hit by shooting stone in Reasi