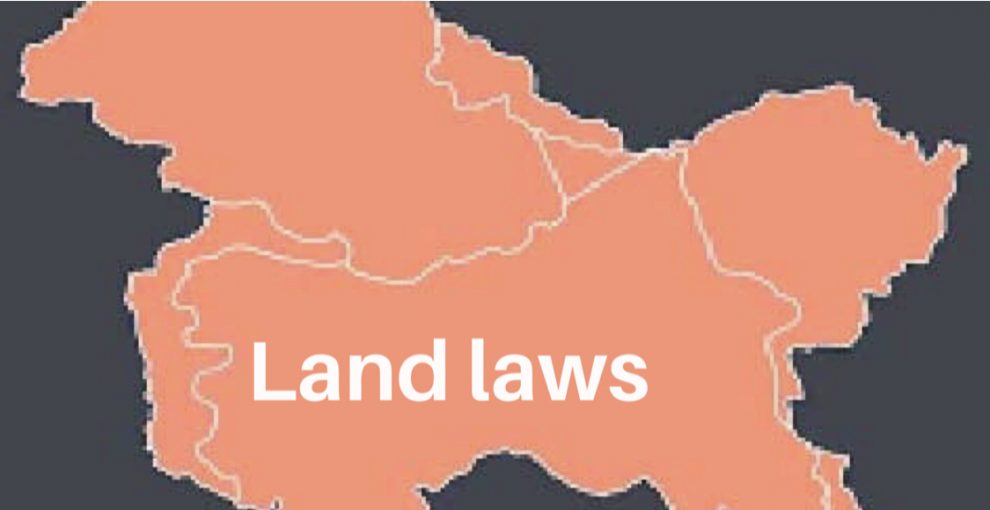 Srinagar, Nov 3: Rejecting government’s claim on new land law, Peoples Alliance for Gupkar Declaration (PAGD) alleged that the real objective of repeal of basic land laws and massive amendments to other laws is to effect demographic change and disempowering the people of Jammu and Kashmir.

Principal Secretary, Information and Government spokesman, Rohit Kansal at a press conference at Jammu yesterday had said the new land laws will not only afford protection to over 90 per cent of the land in J&K from being alienated to outsiders but will also help revamp the agriculture sector foster, rapid industrialization, aid economic growth and create jobs in the Union Territory (UT).

Meanwhile, former Chief Minister and Peoples Democratic Party (PDP) president Mehbooba Mufti refused to give her reaction to Mr Kansal’s statement and said PAGD has already reacted to it.

Mr Sajjad Lone, who is spokesperson of the Alliance is authorized to issue all statements on behalf of entire PAGD, she said.

In a statement issued by the media office of the PAGD, the alliance has termed the land laws regime of Jammu and Kashmir as most progressive, pro people and pro former in the entire Indian Subcontinent. The real objective of repeal of basic land laws and massive amendments to other laws is to effect demographic change and disempowering the people of Jammu and Kashmir, it said.

The statement said Jammu and Kashmir was first in the country to implement the concept of “land to tiller” by enacting Big Landed Estates Abolition Act 1952 followed by Agrarian Reforms Act 1976 restricting the land holding to twelve and half acres and ending the exploitative practice of “absentee landlordism” and whosoever calls it archaic would be guilty of ignorance of the history of Jammu and Kashmir. It is because of the timely land reforms that there are no starvation deaths occur in Jammu and Kashmir, no farmers suicides have been ever reported from Jammu and Kashmir and everyone in Jammu and Kashmir has available three fundamental necessities- food, clothing and shelter, the position that is now sought to be reversed by making massive assault on the land law regime”.

“How can Alienation of Land Act be termed as archaic when it prohibited transfer of land to a non State Subject thus protecting the interests of Permanent Residents of Jammu and Kashmir and at the same time made a provision for transfer of land by mortgage to organisations like Industrial Development Bank of India, Industrial Credit and Investment Corporation of India to keep pace with industrial development?”..

The PAGD said, “The repeal of the Act now allows the land to be transferred to non State Subjects, denuding the residents of Jammu and Kashmir of their most precious rights. The claimed protection of rights in agricultural land, it is stated, is mere eyewash as the amendment introduced in the Land Revenue Act provides for permission to sell the agricultural land almost at mere asking without difficulty. The abolition of Big Landed Estates Abolition Act 1952 and amendments in Agrarian Reforms Act 1976 is against farmers and to remove the ceiling on acquisition. The changes in Development Act and creation of “security zones” to avoid adherence to the rules and regulations as regards construction activities in such zones and exclusion of oversight by expert bodies, environmental activists and civil society groups is bound to put at peril ecosystem in fragile environmental areas like Gulmarg, Pahalgam and Sonamarg already under pressure beyond their carrying capacity.”

The laws now introduced through amendments are not only against people of Jammu and Kashmir but undemocratic, unconstitutional and backward looking with only aim to dis-empower people and change the demography, said the PAGD.