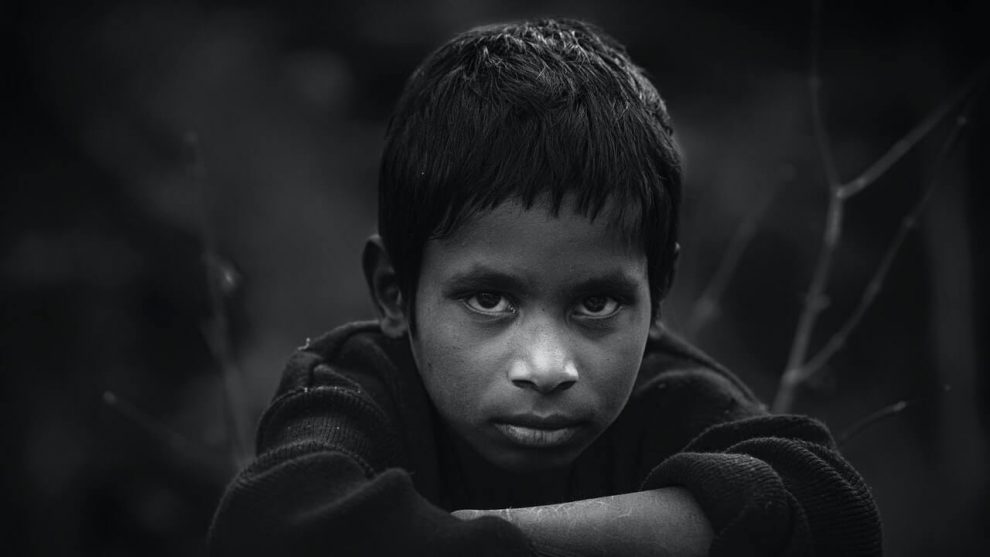 Pre 1947 India resounded to “throw out the British”. Sprinkled with nationalism, all pledged to make India united and secular. The 2021 Mera Bharat Mahan is all about chucking the “outsider aam aadmi” from States. All promising to make their respective States more local chaap. Underscoring, 21st Century India’s rajnitik dal-dal: Caste+ Creed+ Region=Raj Gaddi.

Trust Ulta Pulta UP’s Chief Minister Yogi to turn the Centre’s vaccination policy on its head: Any one from any State can get the jab according to their location. The Saffron Chief Minister begs to differ and mandated: Slots only for State residents between 18-44 years who must produce a local address proof to get vaccinated.  Not for him the economic and human cost to the country if everyone is not vaccinated quickly.

His logic? The State Government has purchased vaccines for its people by investing its own money to order it. Therefore, only locals will be vaccinated, not ‘outsiders’ who are cornering vaccines. Of the 100 doses administered daily only five locals get vaccinated as outsiders make up 25% to 50% of beneficiaries.

Predictably, this has unleashed the genie of regionalism in the State whereby it has sent ‘outside’ residents in a tizzy. A Noida professional hailing from Madhya Pradesh is now scouting for openings in Delhi or Haryana as he does not have a local UP ID proof. Ditto, of others in Ghaziabad, Meerut etc.

In Tamil Nadu all eyes are on Stalin to fulfil his promise of 75% reservation for locals. Pertinently, this despite the Supreme Court’s Constitution Bench last week striking down Maharashtra’s law granting 13% reservation to Marathas in educational institutions and 12% in Government jobs in the State over the 50% limit in quotas. It saw no merit in the State’s argument that 85% of the Maratha population is backward.

In March Haryana Governor gave his assent to the Haryana State Employment of Local Candidates Bill providing 75% reservation for local candidates applying to private sector jobs that pay less than Rs 50,000 per month. Big deal, if it contravenes Article 14 and 19 (equality before law and right to practice any profession anywhere in India).

Taking  cue Karnataka too decided to reserve Group C and D jobs for ‘Kannadigas’(who stay in the State for over 10 years and studied Kannada until Class 10) in both public and private sector, addressing a long-standing demand by pro-Kannada groups.

This does not surprise me. Over the years regionalism has remained the most potent force in Indian politics since Independence whereby State after State has upped its ante against outsiders and been the main basis of formation of many regional Parties.

In 1952 the fast-unto-death by Telugu leader Potti Sriramulu for a Telegu State out of composite Madras Presidency resulted in Andhra Pradesh. In 1966 the Shiv Sena launched its agitation against Kannadigas in Maharashtra and became the self-styled champion of everything Marathi nurtured on the infamous ‘Marathi manoos’ standard, by which practically everyone in Mumbai was an ‘outsider’ except 28% Maharashtrians. Then followed North-East reorganization on the basis of locals and tribals in the 1970s.

Another form of regionalism found expression in inter-State boundary disputes between Karnataka and Maharashtra on Belgaum where Marathi speaking population is surrounded by Kannadigas, between Kerala and Karnataka on Kasargod, Assam and Nagaland on Rengma reserved forests and Punjab and Haryana over Chandigarh.

Then, wrangling over water resources: Narmada between Madhya Pradesh and Gujarat, Krishna by Karnataka and Andhra and Cauvery among Tamil Nadu and Karnataka. Another quibble between Punjab and Himachal over Ravi river and electricity sharing between Punjab and Delhi.

Questionably, is regionalism ingrained in our psyche? Do we realize its ramifications of further dividing people on regional lines which is antithetical to hope of narrowing India’s burgeoning regional divide, thereby unleashing a Frankenstein?

Undoubtedly, citizens should have equal job opportunities across the country. The problem kicks in when locals demand their pound of flesh and to some extent, rightly so. Arguably, why should people from outside a State apply for menial jobs? If outsiders corner sweepers or helpers jobs where should the locals go for their bread and butter? Join militants and take up guns? Does that promote national integration?

Moreover, regionalism is a serious threat to development, progress and unity which could challenge internal security by insurgent groups who propagate and fan feelings of regionalism against the country’s mainstream politico-administrative setup and give rise to regional Parties.

Consequently, regional demands become national imperatives whereby policies are launched to satisfy regional demands which are extended across the country. Take Minimum Support Price   given to sugarcane, it helped Maharashtra farmers but was implemented across all States resulting in agitations of farmers belonging to UP, Punjab and Haryana.

Add to this continuous neglect of a region by the Centre resulting in uneven pattern of socio- economic development have created regional disparities as seen in BIMARU States (Bihar, Madhya Pradesh, Rajasthan and UP) leading to economic migration due to low rate of economic growth, poor infrastructural facilities in backward States, political and administration failure, low level of social expenditure by poor States on education, health and sanitation along-with vote-bank politics on language and culture.

Today our unity in diversity is perhaps on the brink of extinction, that although India still remains one country, some are demanding to be allocated a portion for their “families”. Giving rise to conflict due to jobs tussle between migrants and locals, thanks to failure to create enough employment opportunity.

Clearly, regional economic inequality is a potent time bomb directed against national unity and political stability as Indian nationalism continuously grapples with regional nationalism. Time our leaders rise above petty politricks, think beyond vote-bank politics and cry a halt to regionalism as it is detrimental to long-term growth.

They need to think creatively about how to achieve the goal of putting everyone on equal footing. Merely banking on regionalism and reservation will not spell unity. The need of the hour is to develop each region of India, through devolution of power to local Governments and empowering people for their participation in decision-making.

After all, Article-19, gives every citizen a fundamental right to move around and settle down peacefully any part of the country. Social justice and equal opportunity is not the prerogative of only locals given how our caste-creed politics has already become divisive and self-defeating. No longer will young India accept that power in regionalism can be transformed into power in numbers. As citizens of India our netas should respect the fundamental right of every person.  Hum Bihari hain toh kya huah, dil wale hain!