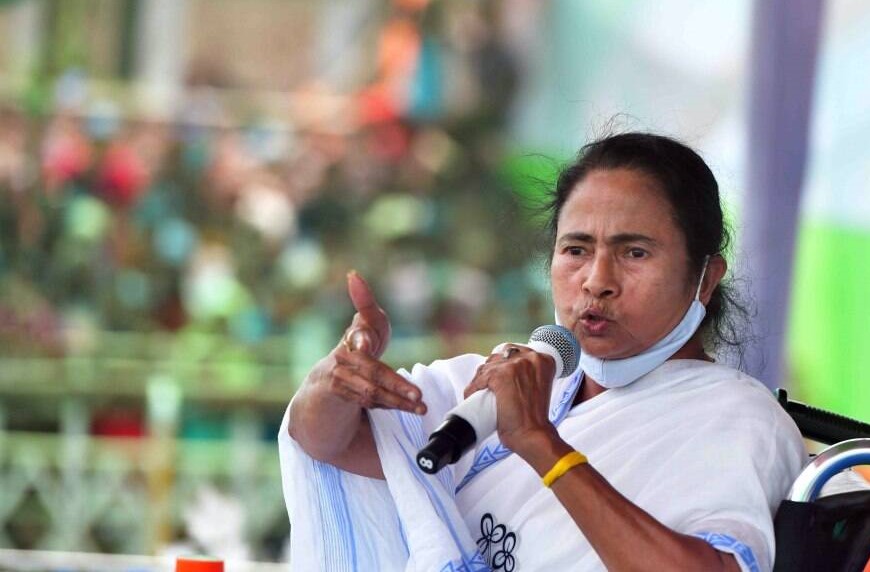 At the end, it was all about feel good. A two month long, eight phase grueling election which culminated in anointing Trinimool’s Mamata as Chief Minister again. A 66-year old Bengal tigress who rewrote the rules of the political game for the third time wining in a tough gladiatorial contest against Prime Minister Modi and became a cause célèbre.

Mamata showed remarkable political resilience with her clarion call of Khela Hobe, fully living up to her reputation of being a redoubtable street fighter unafraid of taking on any challenger. With her plastered foot, on a wheelchair she single-handedly stalled the BJP juggernaut by dubbing it ‘bohiragoto’ (outsider) out to demolish the home-grown beti. Possibly Modi’s mocking catcalls of ‘Didi-o-Didi’ also did not go down well with the hoi polloi culminating in its Khela Sheesh.

True, for the BJP, Bengal was tough terrain given its 27% Muslim electorate, alongside, its excessive incantation of Jai Shri Ram seems to have had a jarring effect in a State where Durga and Kali are revered. That it catapulted from three seats in 2016 to becoming the principal opposition with 77 MLAs is no mean achievement, notwithstanding disappointment of not reaching the 200 seats ambitious target.

The State is now bipolar as the Left-led Third Front comprising Congress and ISF banked heavily on small-time cleric Abbas Siddique to draw away Muslim votes from  Trinamool, came a cropper resulting in its total route.

Expectedly, the BJP retained Assam, won Puducherry, lost its lone seat in Kerala and was aligned with losers AIADMK in Tamil Nadu, yet overall it is a net gainer thanks to arch-rival Congress’s lacklustre performance in Assam, riding on Stalin’s DMK coattails in Tamil Nadu and blown away by LDF’s  Pinarayi in Kerala.

The Party has only itself to blame for its mess. Rahul has totally failed again unmasking what seems to be an inexorable slide into decline and irrelevance. Undeniably, he cannot be expected to lead the charge against Modi as leader of an Opposition alliance at the national level.

However, the biggest takeaway of these polls is that stormy petrel Mamata is clearly positioning herself for heading the Opposition against BJP. By presenting the battle as Modi-Shah vs Mamata, the Saffron Sangh has inadvertently projected her as a larger-than-life figure who has the potential of being Modi’s main competitor in 2024.

She has not only emerged as a key strategist but also honed her political acumen. NCP’s Sharad Pawar has a soft spot for her, she  has built an equation with Samajwadi’s Mulayam, AAP’s Kejriwal, Udav Thackeray’s Shiv Sena and JD(U)’s Nitish. Mamata takes advantage of Sonia’s fondness for her and regularly keeps in touch with erstwhile Congress cronies,

Clearly, Bengal’s poll quake promises to have repercussions at the national level for the BJP. It is early days but Mamata’s Partymen and grudging rivals have nicknamed her the ‘She-Modi’. Mamata like her rival is single and perceived to have the same skill set as Modi: Popular, great orator who ‘connects’ with people, rabble rouser, persistent, appetite for risk and is Teflon-like whereby no scandal or negative feature sticks to her.

With Congress’s Rahul dismissed as a non-serious political player sans respect by others, Mamata having halted the Modi juggernaut could emerge as the dark horse to challenge RSS-BJP combine. But this could come unstuck as NCP’s Pawar too has been biding his time for years to head Opposition unity against BJP. But does not have age on his side.

Against this backdrop, questionably, is the BJP’s invincibility dying? How long can it bank only on Modi as sole vote catcher? Is the Hindutva card past its expiry date? Is a combination of gathering anti-incumbency and Opposition’s electoral arithmetic putting brakes on BJP’s much vaunted electoral machine?

Or has its perceived mismanagement of a virulent Covid tsunami alongside the false mirage of achche din becoming the Saffron Sangh’s nemesis? Modi’s Government has fallen short on promises: Economy performed below expectations, rural belt is dissatisfied, there is urban apathy, youth is angry at Government’s inability to generate jobs and communal polarisation might not pay electoral dividends.

Boosted by victory, regional satraps could harden their position against the Government sparking off and weakening the Centre’s position in policy battles with it. Example: Ongoing farmers’ agitation. Yet Opposition unity will not be easy, given the disparate aims and agendas of various Parties that will have to pull together.

Certainly, these reverses open up new options for BJP. They indicate it cannot take regional satraps lightly and will have to chalk out-of-the-box strategy for the Assembly battle next year in UP, Uttarakhand, Goa, Punjab, Himachal and Gujarat. The Party is in a strong position, Modi is unrivalled and Shah has turned BJP into an electoral machine which reaps rich dividends, 21 States and counting. Add to this the TINA factor. With a Government in power at the Centre it has a huge capacity to dole out patronage, win over enemies and influence people.

What next? It is too early to say whether regional leaders can bandy together. But as polls conclusively prove, the Modi juggernaut can only be stopped if the Opposition joins hands and replicates Bengal, Tamil Nadu and Kerala by knitting alliances in key States. For any credible and proper Opposition unity, if not perfect, to survive and lead, it should be headed by the largest, second or major Party leader. With Congress’s Rahul dismissed as a non-serious political player sans respect by others, there could be a tussle for the top spot between Pawar and Mamata.

The regional satraps know it’s only by laying their differences aside and fight the BJP together that they stand even a ghost of a chance. They would need astute political moves combined with election management to counter BJP’s superior war machinery. The elephant in the room is whether the Congress is willing to reinvent itself and take this experiment, of playing second fiddle to a regional Party. However, either which way it is good for India’s democracy to have more regional satraps finally coming in to their own: Constructive opposition with the winner taking it all! —– INFA