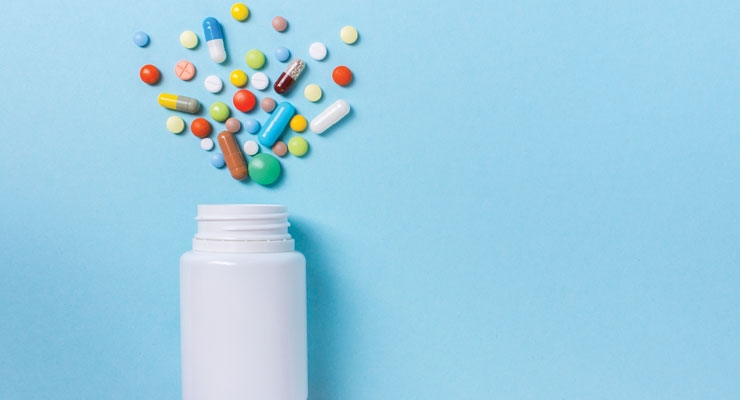 Over the past century modern medicines have proved to be the magic bullets for alleviating the sufferings of the ailing lot. Whenever human race was desperate to obtain some remedies for crippling diseases and disorders, modern medicine has come to its rescue and brought a sigh of great relief from pain and discomfort. Discovery of medicaments has served as a life elixir and improved the quality of life of the human kind. Modern medicine that is being practiced today by our erudite allopathic physicians is based on scientific evidence that has evolved and emerged out of decades of painstaking research and clinical trials on human subjects in addition to pre-clinical testing making it the most reliable and credible source of relief in times of disease and distress. As long as evidence-based medicine is practiced there is no reason for anyone to unduly criticize or pick holes in it without any rhyme and reason. However it needs to be borne in mind that all drugs have side effects even if they are rationally and reasonably prescribed to the patients making it necessary to monitor them persistently and restrict their use to the utmost extent possible besides avoiding all kinds of overuse of drugs. Moreover a high pill burden i.e., the total number of pills including tablets or capsules, that a person has to take on a regular basis, also increases hassles and efforts associated with that number like storing, organizing, consuming and understanding the various medications in one’s regimen besides paying for them out of one’s pocket.

Though with the addition of a multitude of drugs to the physician’s armamentarium over the past hundred years, treatment of many hitherto untreatable diseases has become possible, every progress has a price to pay as new drugs have led to a new group of diseases known as the iatrogenic diseases. Ironically these can also be called as the ‘diseases of medical progress’. “Primum non nocere ” – first of all be sure you do no harm – has long been a fundamental principle of the practice of medicine, devised by Hippocrates, who is considered as the father of modern medicine, way back in 460 BC. One of the greatest hazards in the use of modern medicines is their inherent toxicity and the dangers of drugs appear to be greater than ever before as a result of the immense growth in their availability and consumption worldwide. Whilst most consumers derive far more benefits than harm, a large proportion of patients experiences adverse drug reactions too from the use of medicines even at recommended doses and frequencies. For some patients, such undesirable effects are sufficiently severe to require hospitalization whereas a few of them even die. In view of unwanted effects of drugs, an American physician, poet, and polymath Oliver Wendell Homes has said that “If the whole materia medica (classical compendium of medicinally useful substances) could be sunk to the bottom of the sea, it would be all the better for mankind, and all the worse for the fishes”. Therefore minimalizing the use of medicines is not just an option but a necessity since increasing pill burden particularly upon elderly patients is not only decreasing their adherence to their prescriptions but also telling adversely upon their trust and confidence in medicines.

Polypharmacy, defined as the use of multiple drugs or more than that are medically necessary, is a growing health concern particularly for older patients. International research has shown that nearly 50% of elderly patients take one or more medications that are not medically necessary though multiple therapies are often needed among elderly patients owing to their several co-morbidities and only a minuscule percentage of physicians may actually be resorting to polypharmacy. Scientific research has clearly established a strong relationship between polypharmacy and negative clinical consequences. A retrospective cohort study found that polypharmacy was associated with an increased risk of taking a potentially inappropriate medication and an increased risk of outpatient visits besides hospitalization with an approximate 30% increase in medical costs. This necessitates the need for persistent deprescribing alongside prescribing of medicines. Both of them should go hand in hand, complement and supplement each other on regular basis so that the patient’s therapeutic regimen turns out to be well-tailored, customized and need-based in tune with his personalized requirements. Polypharmacy can significantly contribute towards what sociologists like Irving Zola, Peter Conrad and Thomas Szasz have in the 1970s described as “Medicalisation of the Society” that carries the dangers of unnecessary labeling, poor treatment decisions, iatrogenic illness, economic waste as well as opportunistic costs.

Deprescribing on the other hand has been defined as the planned and supervised process of dose reduction or stopping of medication that might be causing harm, or no longer be beneficial to the patient. It is the process of tapering, stopping, discontinuing, or withdrawing drugs, with the goal of managing polypharmacy and improving clinical, economic and humanistic outcomes of the treatment on the basis of minimalist approaches that are purely guided by scientific evidence in addition to the clinical experience and judgment of the prescriber. Just like standard treatment guidelines are required to guide the medical community in choosing the most appropriate therapeutic regimen for a particular patient depending upon his needs, there is need for robust guides and algorithms for deprescribing too that are equally focused on when, why and how a medication needs to be stopped. Necessary guidelines for both prescribing and deprescribing  need to be devised, incorporated in the medical curriculum and made abundantly clear to the medical practitioners with a view to promote good decision-making and avoid inappropriate and unnecessary use of medicines.

Though there is no denying the fact that modern medicine has turned out to be a panacea in liberating the suffering humanity from the torment of disease and affliction, it is a fact that at the end of the day most of the modern medicinal agents are pure chemicals bound to interfere with the natural biochemical and physiological process of the human body as a result of which minor or major undesirable events are bound to occur sooner or later. There is hardly any drug that doesn’t come with one or more such unwanted effects of varied nature and intensity. Some adverse effects are mild, some moderate, some severe and few even lethal. Their incidence or frequency also varies from very common to common (frequent), from uncommon (infrequent) to rare. Their time of occurrence can range from rapid to early (intermediate) to late and delayed. Therefore adversedrug events can range from mild to life threatening reactions resulting in inconvenience or serious morbidity and mortality besides being a significant financial burden on the society. However a silver lining in the dark clouds is that studies have found 95% of adverse drug reactions as definitely or possibly avoidable, whereas 63% have been reported to be possibly avoidable and only 28% as unavoidable. Need of the hour is to take concrete measures to avoid adverse drug reactions to the maximum extent possible.

One way to reduce pill burden and related complexities is by giving fixed-dose combinations (FDC) of drugs. FDC is a drug that is a combination of two or more drugs in fixed proportions. A meta-analysis of research on this issue has found that non-compliance to medications decreased by 26% when people took fixed-dose combinations for conditions such as hypertension, HIV and tuberculosis. However fact of the matter is that a fixed-ratio combination is acceptable only when it meets the requirements of a defined population and when the combination has a proven advantage over a single compound administered separately in terms of therapeutic efficacy, synergistic effect, safety or compliance. In the year 2016, Govt. of India banned 344 fixed dose combination drugs, including several antibiotics and analgesics, saying that a panel of experts has found that these combinations lacked “therapeutic justification”. FDCs do however have their own advantages as well as disadvantages that can be discussed separately.

Medical experts have opined in another published paper that, “unless prescribed with caution, combination drugs may result in over treatment for patients who could be managed with a single drug or fewer doses of combined medications if dosed concomitantly.” Therefore a viable option of reducing pill burden of patients is by deprescribing of medicines as and when needed. Other possible methods include lifestyle modification, dietary restrictions, physiotherapy and exercise. All these measures form a part of what is popularly known as Naturopathy i.e., treatment of illness by using diet, herbs, exercises etc without using standard drugs or surgery though naturopathy might not be a feasible option in all cases of severe as well as several cases of moderate disease conditions. However, in case of a majority of mild disease states like mild hypertension, indigestion etc naturopathy could possibly prove to be a good alternative for treating these conditions without any intrusive or invasive medical interventions if undertaken under exert guidance and supervision. Even in case of moderate and severe disease conditions deprescribing needs to be seriously considered on regular basis by the prescribers wherever needed for the overall benefit of the patients.

The author teaches at the Dept. of Pharmaceutical Sciences, University of Kashmir