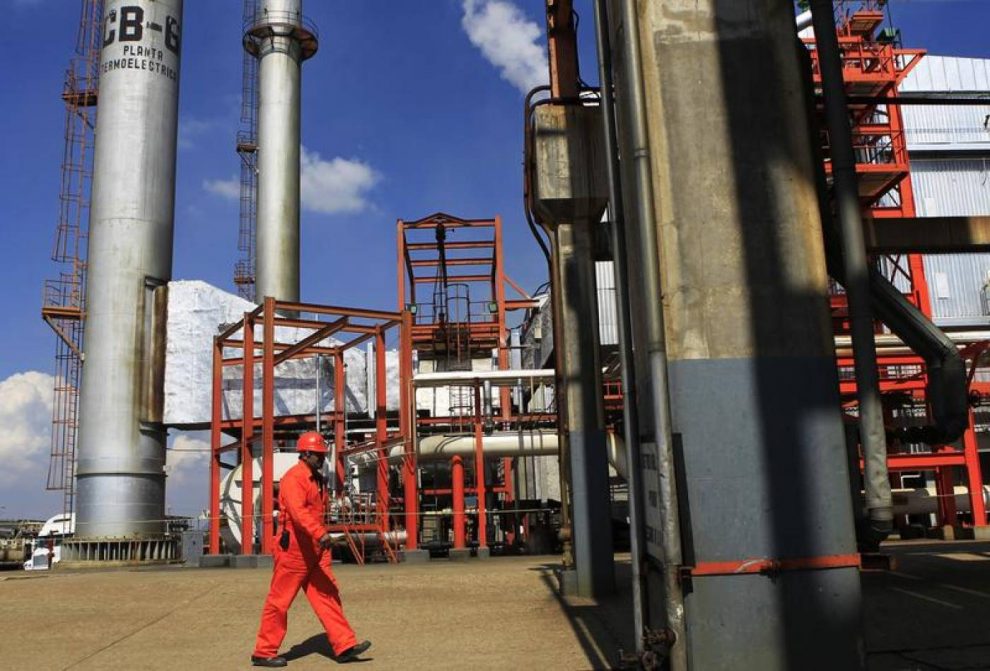 Exclusively obtained data from public records requests and interviews with 10 current and former labor ministry officials revealed the system meant to keep workplaces safe and fair has been beset by corruption, bogus inspections, and a lack of data.

More than 900 workplace deaths were recorded annually from 2016 to 2019 by IMSS – Mexico’s social security and worker healthcare body.

Yet the labor ministry – which is responsible for addressing unsafe conditions and holding employers to account – received fewer than 200 reports of such deaths each year in that period, according to data obtained by a public records request.

Companies are widely ignoring a legal health and safety obligation to inform the labor ministry of deaths and many have tended to hide accidents from the government in a bid to avoid scrutiny and fines, said several experts in occupational health.

The problem has been compounded by government cuts and poor data-sharing between IMSS and the labor ministry, according to academics and inspectors, who said many worker casualties were likely going uninvestigated and hazardous conditions unchecked.

“There have been cases of really bad accidents and deaths in which … nothing happened and the companies keep operating in the same way,” said Gerardo Cancino, who was head of workplace safety in Tabasco state for 11 years until 2019.

Two current labor inspectors, who spoke on condition of anonymity, said they relied on the media to learn about worker deaths as they rarely received information via companies. Both said they believed that most accidents were never investigated.

The labor ministry’s director of social welfare Omar Estefan said the ministry was seen as a “joke” by companies in Mexico.

Information-sharing with IMSS had improved, Estefan said, but the pandemic delayed plans to automate the process. An IMSS spokesman said the body was working to streamline its own data.

The public records data also revealed that about one third of all workplace inspections recorded between late 2012 and 2018 by Mexico’s former administration never actually took place.

Working conditions in the country are under scrutiny after a U.S.-Mexico-Canada trade deal came into force this year that has put pressure on Mexico to strengthen labor rights.

Yet his administration has cut the number of inspectors to about 500 from more than 700 as part of an austerity drive.

The government has also cut budgets of the offices that perform labor inspections to about 490 million from 600 million pesos, while the number of annual inspections dropped by half to around 30,000 in 2019, showed data provided by the ministry.

“It’s a really weak system,” said Felix Lara, who ran the labor ministry office in Tapachula, Chiapas, from 2011 to 2014.

“The (labor ministry) doesn’t have the infrastructure, (or) the capacity to deal with the size of the problem,” added Lara, who is now a private sector labor consultant.

Lara and most of the other officials said corruption was also a big problem, with firms regularly offering bribes, and inspectors sometimes demanding them, for a clean bill of health.

One worker, Juana, 46, who had to stop working in 2019 at an electronics factory in Chihuahua state after a shoulder injury, said there was a lack of oversight and that nothing had changed despite several colleagues complaining about safety conditions.

“(The company) doesn’t look after us, that I guarantee you,” Juana said on condition of anonymity for fear of reprisals.

Mexico’s labor ministry said there was zero tolerance for corruption and that while there were fewer resources, there was a more strategic approach to address “absurd” practices by the former administration, such as a focus on inconsequential data.

Estefan said the ministry planned to carry out more targeted and strict workplace inspections rather than random visits.

“The legal framework is not fit for purpose,” Estefan said in an interview in response to the findings. “The fines are a joke, often … (businesses) prefer to pay a fine rather than comply,” he added, referring to infractions found by inspectors.

Mexico’s main business lobby – the Business Coordinating Council (CCE) – did not respond to a request for comment.

Federal labor inspectors oversee the more dangerous sectors from mining to oil. Most industries are monitored at state level although federal officials can intervene over safety issues.

When problems are identified – ranging from unlabeled equipment and badly documented maintenance to illegal wages and excessive hours – firms are usually given several opportunities to address the issues before they are hit with fines.

The labor ministry issued more than 3,500 fines last year totaling at least 640 million pesos ($32 million). However state authorities are responsible for collecting the fines so the ministry does not know how often the money is paid.

Inspectors said they often used to go to carry out checks to find that a company was situated elsewhere, or did not exist.

Of the more than 700,000 labor inspections under the former government of President Enrique Pena Nieto, more than a third were “commission reports”, which are filed when documents have mistakes and mean an inspector has not entered the workplace.

Andres Ramos, an inspector of eight years in Tabasco state who quit in 2019, said his bosses would sometimes send him on visits they knew to be futile to boost inspection numbers.

Another former inspector and a current official both confirmed the practice used to be common to hit targets.

“Believe me, protection (for workers) is non-existent,” Ramos said of labor oversight.

Rafael Avante, who held senior roles in the ministry from 2008 to 2017 including head of inspections, said that despite huge efforts by his team to improve the system, employers exploiting workers were still unlikely to face consequences.

“The challenge ahead is still huge,” said Avante, now a consultant advising companies and unions on labor relations.

“There are big deficiencies today that mean we really can’t say workers are safe, we haven’t gotten to that point yet.”

IMSS is part of Mexico’s healthcare system and registers workplace accidents when reported by a company or when workers visit its clinics. It recorded almost 400,000 last year.

Yet many firms hide accidents by treating workers privately instead of going to IMSS facilities, said Rodolfo Nava of the National Autonomous University – an expert on workplace health.

“It’s way below the reality,” the academic said of the 400,000 figure. Companies with high accident rates must pay bigger premiums to the IMSS, which covers workers’ insurance.

In response to questions about the findings, IMSS said that legislation, information campaigns and worker complaint mechanisms were in place to avoid underreporting of accidents.

Two inspectors in different regional offices, who spoke on condition of anonymity, said there was a lack of budget for travel and accommodation. One said it meant officials could now rarely afford to inspect companies located far outside the city.

And the COVID-19 pandemic has made their job even harder.

One inspector said he was now working alone in an area of about 1 million people as cuts had slashed his team and his colleagues were shielding from COVID-19 due to health concerns.

“We don’t have people or resources,” he said. “There isn’t much interest in improving inspections in Mexico.”

The labor ministry acknowledged the concerns over cuts but said its more strategic approach was already showing results.

Estefan said the ministry planned to move to a model similar to taxation with companies self-declaring online on labor law compliance. Inspectors would do some random checks but focus on more severe audits for those that failed to declare, he said.

“(We want) audits to basically become confirmation of non-compliance instead of random inspections to see what we find.”

Yet several experts said they were concerned factors such as the government cuts, the move toward allowing companies to self-declare, and a focus on stopping subcontracting could ultimately leave workers more, not less, vulnerable to labor exploitation.