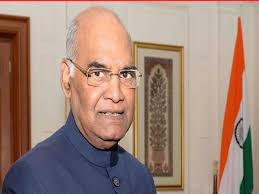 The Recycling of Ships Bill, 2019 has become an Act after it received the assent of President Ram Nath Kovind.
The government decided to bring this Act to provide for the regulation of recycling of ships by setting certain international standards and laying down the statutory mechanism for enforcement of such standards. “The government has also decided to accede to the Hong Kong International Convention for Safe and Environmentally Sound Recycling of Ships, 2009. Accordingly, India has acceded to the Hong Kong International Convention for Safe and Environmentally Sound Recycling of Ships, 2009 on November 28,” an official statement said on Tuesday.
The Recycling of Ships Act, 2019 restricts and prohibits the use or installation of hazardous materials, which applies irrespective of whether a ship is meant for recycling or not.
For new ships, such restriction or the prohibition on the use of hazardous materials will be immediate, that is, from the date the legislation comes into force, while existing ships shall have a period of five years for compliance.
“Restriction or prohibition on the use of hazardous materials would not be applied to warships and non-commercial ships operated by the government. Ships shall be surveyed and certified on the inventory of hazardous materials used in ships,” read the release.
Under this Act, ship recycling facilities are required to be authorized and ships shall be recycled only in such authorised ship recycling facilities. This Act also provides that ships shall be recycled in accordance with a ship-specific recycling plan. Ships to be recycled in India shall be required to obtain a Ready for Recycling Certificate in accordance with the HKC.
According to the release, the Act imposes a statutory duty on ship recyclers to ensure safe and environmentally sound removal and management of hazardous wastes from ships. Appropriate penal provisions have been introduced in the Act to deter any violation of statutory provisions.
Accession to the Hong Kong Convention by India and enactment of the Recycling of Ships Act, 2019 will raise the profile of our ship recycling industry as being environment-friendly and safety conscious and would go a long way in consolidating India’s position as the market leader.