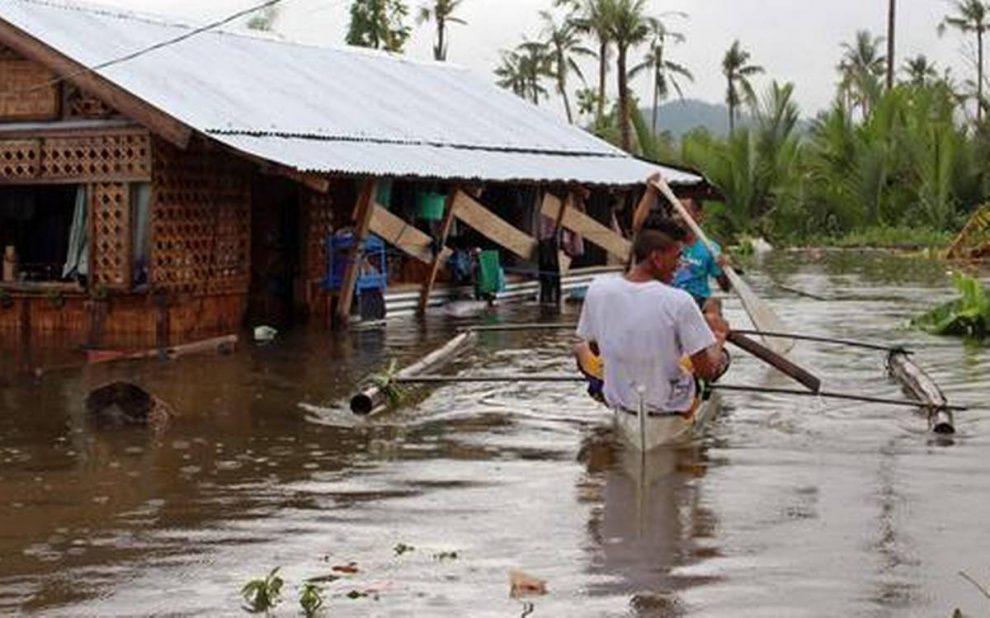 KUALA LUMPUR: Asia-Pacific has faced a record number of climate-related disasters in 2020, affecting tens of millions of vulnerable people already hit hard by the COVID-19 pandemic, the Red Cross said on Wednesday.

The International Federation of Red Cross and Red Crescent Societies (IFRC) said it had responded to 24 climate-linked crises this year in the world’s most disaster-prone region – up from 18 in 2019 – including floods, typhoons, extreme cold and drought.

“COVID-19 has of course aggravated these impacts, with a taste of the compound shocks we’re expecting in a changing climate,” Maarten van Aalst, director of the Red Cross Red Crescent Climate Centre, told the Thomson Reuters Foundation.

“The pandemic has not only complicated evacuations and disaster response, but also aggravates the economic impact of disasters, especially for the poorest people,” he added.

Southeast Asia was the IFRC’s busiest region in 2020, with 15 emergency responses to disasters including severe floods, storms and landslides in the Philippines and Vietnam that affected more than 31 million people.

Jess Letch, the IFRC’s emergency operations manager, said the challenge had been to help communities with relief aid while also taking the steps needed to halt the spread of COVID-19.

Mary Joy Gonzales, a resilience project manager with CARE in the Philippines, said her aid agency had worked to provide additional shelter to enable social distancing after one person contracted COVID-19 in an evacuation centre it was supporting.

Women have suffered a triple blow, she added, with the pandemic fuelling violence at home just as many lost their jobs and had to look after out-of-school children and elderly relatives while the country was pummelled by destructive storms.

The agency expected that such impacts “will get worse due to climate change”, she told journalists earlier this month.

“We have seen the trend in the past 10 years: typhoons have been becoming stronger and we have lost thousands of lives already,” she said.

Last year, more than 94 million people in the Asia-Pacific region were hit by climate-related disasters, with the area experiencing twice as many emergencies as the Americas or Africa, according to the IFRC’s latest World Disasters Report.

The total number of people affected in 2020 has not yet been released.

Home to about 60% of the world’s population, the Asia-Pacific region has borne the brunt of climate disasters, with many people living in vulnerable conditions due to poverty and poor urban planning.

Van Aalst said countries had become better prepared and equipped to save lives but were still failing to protect the livelihoods of vulnerable communities struck by disasters.

He cited the example of Cyclone Amphan that battered India and Bangladesh in May. Mass evacuations before the storm made landfall prevented a large number of deaths.

But the impact on economic well-being was harsh, especially for the poorest, he noted, with total damages estimated at more than $13 billion.

In Vietnam, CARE’s country director Le Kim Dung said the pandemic had made it harder to bounce back, particularly in rural areas, from widespread floods that had inundated many provinces hit by heavy rains and a series of typhoons since early October.

COVID-19 restrictions also prevented some farmers from selling their produce, while migrants in cities – many of them care workers or street traders – lost their jobs and could not send money back home to keep their families afloat, she added.

“People are used to storms and floods right across Asia, but this year has tested the resilience of tens of millions of people to breaking point,” said the IFRC’s Letch.