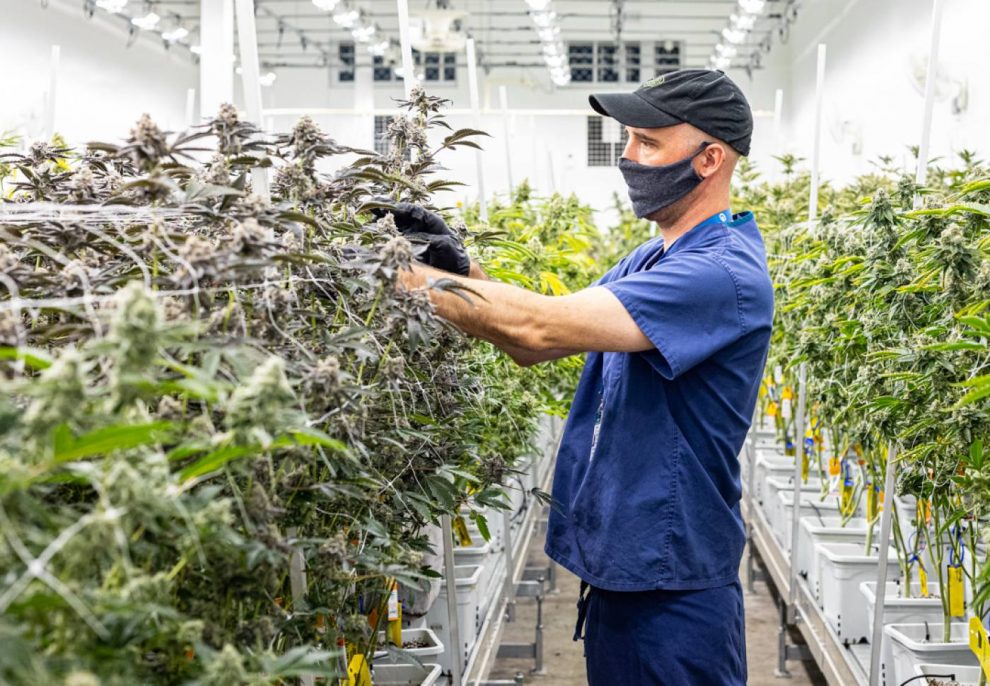 CAMBRIDGE, Maryland: An enormous industrial site in Cambridge, Maryland, has been permeated by a rotating cast of scents over the past century – first fruits and vegetables, then seafood, and now thousands of cannabis plants.

Once one of the largest canneries in the United States, the site had fallen into disrepair in recent decades and many of the warehouses were torn down.

But today the remaining buildings are humming again, after a Maryland cannabis firm spent tens of millions of dollars refurbishing them for its operations, bringing about 125 new jobs to the area.

“These old structures are nearly 100 years old, so they’re extremely sturdy, and all we have to do is make sure we can work them for our purposes,” said Jay Bouton, director of cultivation at Culta, which launched in the Chesapeake Bay town in 2015.

“We were able to find land that was perfect for what we needed,” Bouton told the Thomson Reuters Foundation, standing in a warehouse among hundreds of carefully tagged cannabis plants.

The U.S. cannabis industry is undergoing massive growth, spurred by a spate of legal changes in recent years.

That includes in the November elections, when four more states joined the 11 that have already approved the drug for adult recreational use.

Although marijuana remains illegal at the federal level, the industry is expected to be worth more than $38 billion by 2025, according to analysis group New Frontier Data.

Cities are increasingly seeking to tap into that market not only by taxing the sale of cannabis products, but also, like Cambridge, by promoting the use of aging industrial properties and infrastructure for its cultivation.

“Years ago we put all of our eggs in one basket – the canning industry. And when that went belly-up, it was really a bust,” said Maryland state Senator Adelaide Eckardt, who helped Culta make introductions in Cambridge.

“The first goal was to get economic diversity,” she said in a phone interview.

“Many small towns in this area hadn’t seen growth in commerce since the turn of the century,” he said.

“We literally brought this factory back to life. There’s a history of industrialization, and it’s kind of being reborn with cannabis.”

Warehouses have played a key role in the fast-growing U.S. cannabis industry over recent years.

In the latest national cultivation survey from the Cannabis Business Times published in June, more than 40% of respondents said they grow exclusively in warehouses or other indoor structures.

There are no comprehensive figures on how much industrial area is being used to grow cannabis, but real estate experts say the market has spurred multiple services that specialize in “cannabis properties”.

Four years ago, Ryan George started 420 Property – named after a number that in the cannabis subculture refers to marijuana – when in his work as a real estate broker he was seeing “huge demand” for such properties.

“There are a lot of buildings out there that are older and dilapidated (and) there aren’t a lot of mainstream businesses that will go in because they need too many improvements,” George said.

“That makes them a perfect fit for cannabis because their tenant improvements are very specific and will end up putting in $1 million (into) small-scale buildings.”

His business is now booming – up by 10,000% since it began and jumping 200% over just the last year, partly due to people looking to get into the industry to ease financial strain caused by the coronavirus pandemic.

Even if a building meets zoning requirements for growing cannabis, some landlords or owners may not want a cannabis tenant because of the financial complexities of dealing with the industry or their moral views on the drug, George said.

But when cannabis firms do move in, they often spur investment in the surrounding areas, revitalizing whole industrial parks and retail centers that had previously been considered low-grade space, he added.

Desert Hot Springs in southern California has seen that type of turnaround since it invited in the cannabis industry to try to resuscitate a dilapidated industrial area on the edge of town.

“You could hardly give this land away,” recalled Assistant City Manager Doria Wilms.

The city quickly saw property prices climb after it allowed in cannabis firms, Wilms said, with lots that had been going for less than $30,000 spiking to upwards of $1 million.

Desert Hot Springs now has 20 established cannabis operations and several more in development, which in total have created more than 2,300 jobs, said Wilms, adding that property values have increased across town.

A few hundred miles northwest, the small seaside town of Grover Beach, California, similarly found itself with a glut of available industrial space.

“We had 75 acres (30 hectares) of industrial land that was largely underutilized or vacant, and thought that was a great opportunity to revitalize,” City Manager Matthew Bronson said.

Since the city adopted new ordinances in 2017, it has permitted 30 cannabis businesses to operate, while stipulating that the new operations make public improvements to an area that had been largely unchanged for decades.

One retailer moved into a vacant auto-repair shop, turning what had been an eyesore into a “gleaming new retail facility”, Bronson said.

Another vacant building has been modernized, with a new roof and landscaping – “a great example of urban revitalization”, he said.

Property values have since risen by 5% per year and created more than 200 jobs, while the cannabis industry has enabled the city to improve services and advance infrastructure projects, Bronson noted.

Grover Beach is allowing cannabis growers to cultivate only indoors, out of concerns over security, odor and the general appearance of an industry that remains controversial, Bronson said.

“We haven’t seen a lot of, say, greenhouses with supplemental lighting … in urban areas, on roofs and stuff like that,” he said, but added that he expects to see more of such operations in the future.

In Cambridge, Culta’s location in a campus of warehouses allows for both indoor and outdoor cultivation.

Inside, the company typically grows upwards of 7,000 plants, said Bouton, the head of cultivation.

And this fall the company saw its second outdoor harvest, about three acres (1.2 hectares) of plants that took an additional 30 seasonal workers a month and a half to get through.

“It’s definitely flowing very quickly at this point now,” said Bouton. “Other towns in the region have to be looking at this.”

In prison, with periods and no pads: life in a Thai jail
Widow of murdered LGBT+ politician in Brazil vows to combat hate with election win
Comment