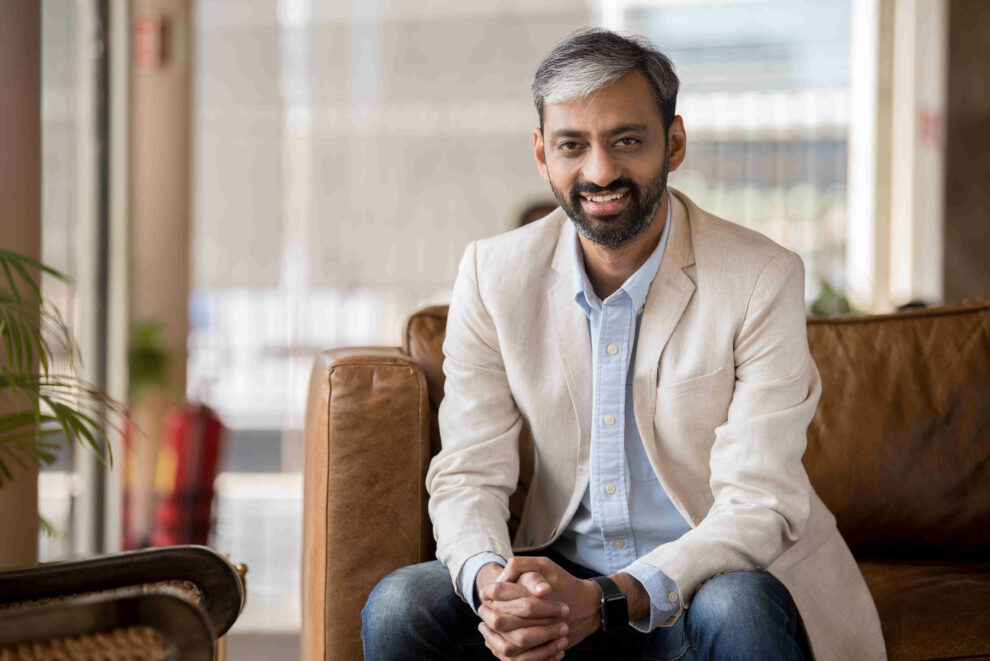 While recruiters, HR personnel and headhunters will inevitably form the large pool that you’ll draw upon for leads on openings, your own professional network can often be pressed into service. There have been multiple instances when the strength of my network came in pleasantly handy for me in my career. One instance stands out, because it was a particular boost to my confidence and somewhat changed the trajectory of my comeback, coming as it did on the heels of many dismal interview outcomes.

It was around late 2016 when, after pitching my screenplays for more than a year, I decided to get back to a mainstream career. During that time, I had kept in touch with the former MD of PUMA India, Rajiv Mehta. Though we had stopped working together in 2014, Rajiv and I had multiple common interests such as running and fitness, so we often checked in on each other’s progress or interesting experiments we did in these fields. On one such occasion, when I got talking to him about how it was hard to get into the companies I sought to work with he asked me if I would like to work with him on a couple of retail brands he was planning to launch at Arvind Limited.

I thought about it and got back to him the very next day, stating that while I was not interested in going back to retail (after my four years at PUMA, I wanted to try a new industry), I was happy to chip in as a consultant for a couple of days every week. We met that very day and worked out an arrangement for me to come in to office twice a week with clear deliverables for the few months I’d be engaged with them.

That specific breakthrough over a casual conversation improved my situation in terms of my comeback to corporate circles. One, my bargaining leverage with headhunters went up, because suddenly I was not just a guy on a break who was looking for a job; I was someone with something in hand already. Second, it became apparent to recruiters that I had brands like Arvind and people like Rajiv Mehta who were happy to take a bet on me.

This is just one of the benefits when you stay connected with people you admire, respect or simply want to collaborate with. Corporate India today has multiple avenues that, on the surface, seem like great networking opportunities. Industry conferences and seminars in pre-Covid times were seen as hotbeds for networking opportunities, and even while many of these are coming back today, personally I believe these are ordinary forums for exchanging cards and pleasantries and nothing more.

You are highly unlikely to form a strong connection with someone at an industry forum. For one, these settings in themselves are so transaction-oriented that everyone’s guard is high. I have been in multiple FICCI/CII/IAMAI forums as a speaker and a panelist, and towards the end of my stint at Discovery, I started declining these events. I felt I wasn’t making any real connections with anyone at these venues, and they seemed like a drain on my time.

When I spoke to Prashant Mahajan, founder of Zeda.io, a Product Management tool that recently raised capital, he echoed my hypothesis. ‘You can’t build a relationship at these events. More than building a network, I believe in building connections.’

I’d say Prashant knows a thing or two about building connections, because even before his product officially launched, he had built up a waiting list of four-thousand-plus people wanting to sign up for his official launch.

Coming to ‘networking events’, contrary to what people believe, most of the times we have a layer of artifice when we are participating in such events. We have to consciously toe the official company PR speak. Sometimes, an event like this did help to spread the word about new initiatives (about PUMA/discovery+, let’s say), but other than that, at both professional and personal levels, it had little to no impact, at least for me.

Second, people (or at least the important folk) are in a rush in these meetings. Typically, they are there for a short part of the day, and they want to get back to office soon (I know I did!). If you have something truly valuable to offer to someone, you’re not likely to get enough time to make a strong case for it. Besides, salespeople throng these conferences for leads, so again, even if you do make a catchy introduction, you are still competing with scores of others.

The real value of networking is when it’s happening in the background with no agenda. I wouldn’t even call it networking for this reason. For me, it’s all about connecting with people whom you would want to partner with someday, either because of a mental bandwidth match or because you admire or respect them. But how do you go about forming this kind of a connection?

Here are a few ways which have helped me.

Agenda-less conversations: This can sound paradoxical, but bear with me. If you’re on a break and looking for a job, yes, you can make a list of connections within your network who can help you. But in that case, you become just another person in a queue that’s already filled with people like you.

The real value of a connection is when you have an extended circle of people whom you have either worked with or wish to work with, and have kept in touch with for one of two reasons:

a) You share a common interest that you can talk about.

b) You respect and trust their judgement and engage with them on industry/career movements from time to time.

The deepest connections I have today, saved in my phonebook, are those with whom I have some shared interests: topics such as product management, tennis, running, quizzing and the like. These are people I stay in touch with not merely because I think they can help me someday. I stay in touch with them because I want to, and if I am ever in a position to help them, I would say yes in a heartbeat. This means a smaller circle of people, but these are people for whom I’d go out of my way.

Socializing with them over coffee, drinks or dinner has helped too, but I believe even if we didn’t have those meetups, we’d still have stayed connected. There are guys in my phone (especially thanks to COVID) whom I haven’t met in more than five years, but I know if we need anything, a single phone call would do the job. They aren’t necessarily friends of mine but people who trust me and vice versa. The core of our connection is not the socializing but that we respect each other and have kept loosely in touch. That’s what counts in building a network.

Excerpted with permission from Reboot: How to Manage Career Breaks and Return with Greater Success, Issac John, HarperCollins India. Read more about the book here and buy it here.

“The Swaraj Spy”: This novel depicts a brave Indian man’s experience with espionage and wartime strategy during the second world war
This book distils the beautiful essence of the Yoga Sutras of Patanjali
Comment