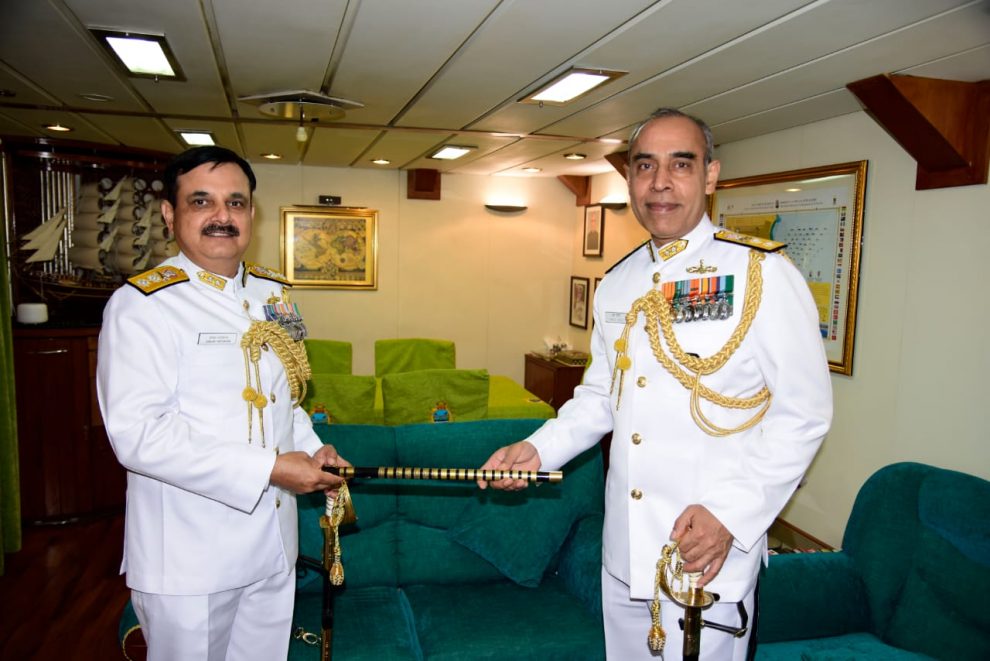 Rear Admiral Tarun Sobti was commissioned into the Indian Navy on 01 July 1988 and is a specialist in Navigation and Direction. The Flag Officer is an alumnus of the National Defence Academy, Khadakwasla, Collège Interarmées de Défense, Paris, France and College of Naval Warfare, Mumbai.

His prestigious staff and operational appointments include those as Joint Director of Staff Requirements and Joint Director of Personnel at Naval Headquarters and Captain Work Up at Local Work Up Team (East). He also served as the Naval Attaché at the Embassy of India, Moscow. Prior assuming command of the Eastern Fleet, the Flag Officer was Deputy Commandant and Chief Instructor of Indian Navy’s premier officer training establishment Indian Naval Academy at Ezhimala.

Over the past 12 months, the Eastern Fleet under the command of Rear Admiral Sanjay Vatsayan has maintained high level of combat readiness and undertaken various operational missions including Operation Samudra Setu towards repatriation of Indian citizens, Mission SAGAR providing Humanitarian Assistance to friendly foreign countries and Malabar 20. His tenure also saw the commissioning of INS Kavaratti, the indigenously built P28 class ASW corvette. He would be taking over as the Deputy Commandant of the prestigious tri-services institution National Defence Academy at Khadakwasla, Pune shortly.