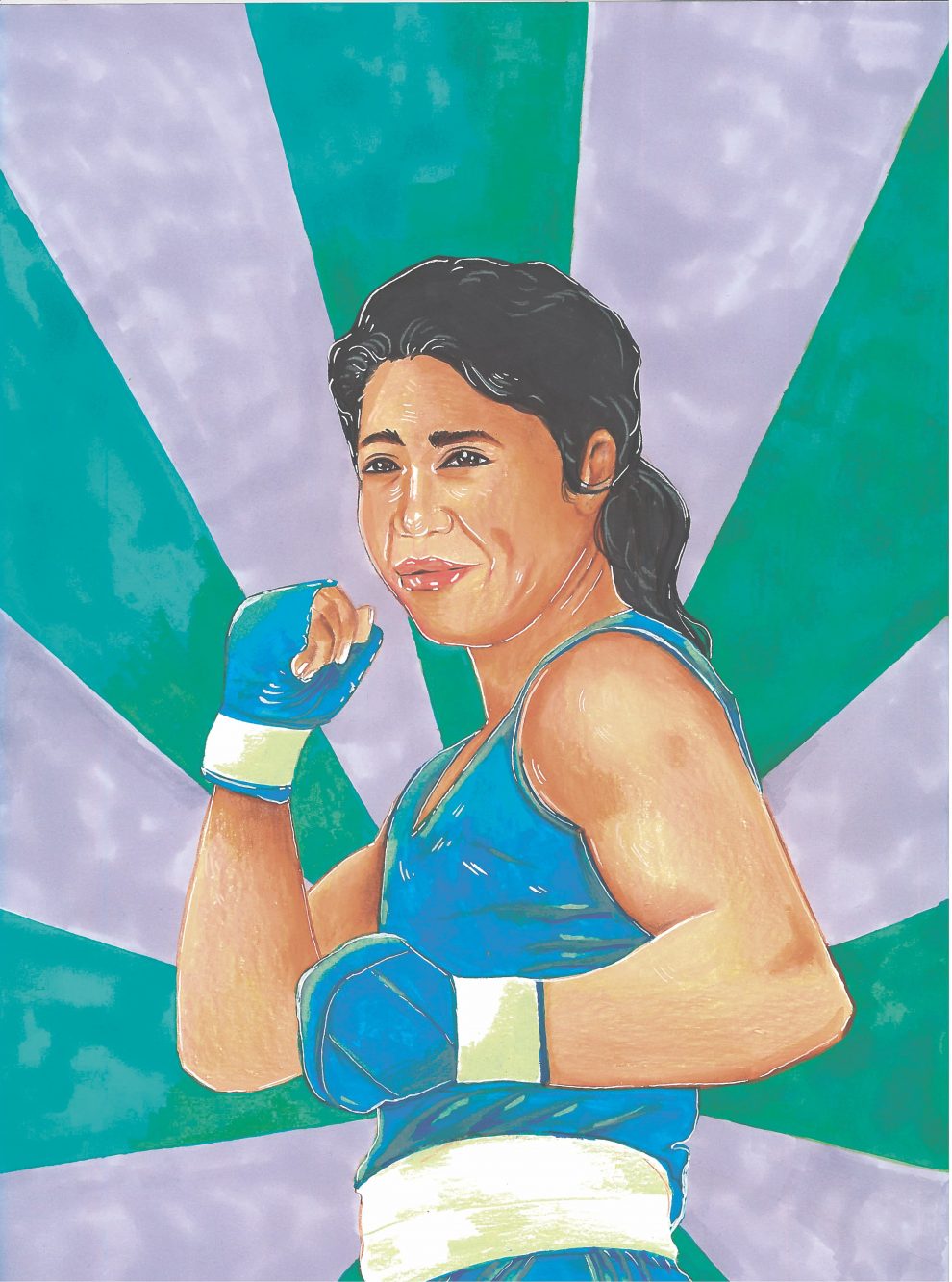 Mary Kom – born Mangte Chungneijang – was raised in a village in Manipur, India, by her parents who were both poor tenant farmers. She looked after her younger siblings and helped with chores, but she was determined to do more to ease her family’s circumstances.

Kom was always athletic. At school, she played football and volleyball and ran track. She decided to pursue her talents further, and at fifteen, she went to study at the sports academy in Imphal, the state capital. Her coach noticed that Kom wasn’t very tall and didn’t appear strong; even her tracksuit was torn. But he also noticed her willpower, grit and single-mindedness.

In 2000, Kom decided to take up boxing. She didn’t tell her family, but one day her father heard a rumour that a girl from their tribe was boxing. He later saw Kom’s photograph in the newspaper. When her mother approached Kom to enquire further, she found her daughter with a newly won medal. Despite her success and obvious talent, Kom’s parents disapproved. They did not want her to risk a physical injury or ruin her chances of marrying. This didn’t happen, and Kom met a man named Karung Onkholer, married him, and they had twin sons. Kom then took a break to focus on their family. She was hesitant to return to boxing, but her husband was her biggest supporter. He even quit his own work to care for their sons, so that Kom could continue with hers.

Kom has won the gold medal six times at the AIBA World Boxing Championships: a world record. Altogether, ‘Magnificent Mary’ (as she is known) is also the only boxer, male or female, to have won eight of the competition’s medals. She was the only Indian female boxer selected for the 2012 London Summer Olympics, where she took bronze. Since then, she has opened a boxing academy in Imphal, and was nominated to serve in India’s Parliament. ‘Take me as an example and don’t give up,’ Magnificent Mary has said.

Excerpted with permission from Rise: Extraordinary Women of Colour who Changed the World, Maliha Abidi, Saqi Books. Read more about the book here and buy it here.