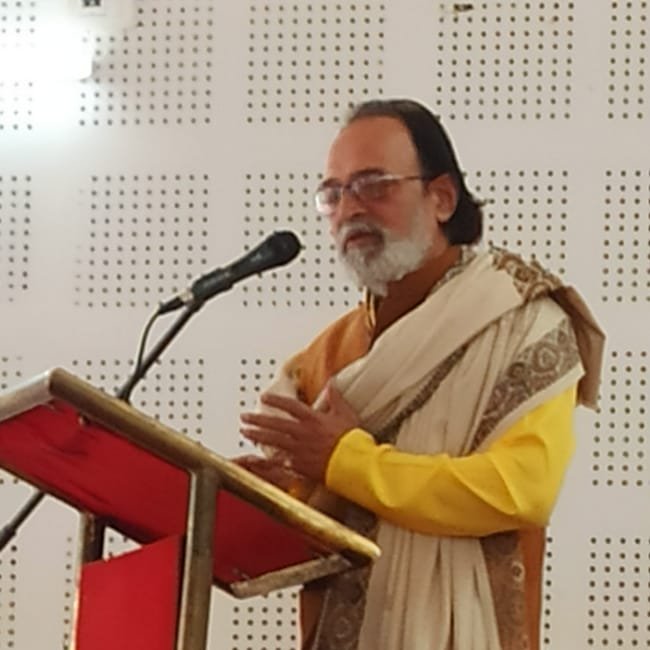 Mohan Singh brought joy to the entire Jammu and Kashmir when the Government of India conferred upon this celebrated Dogri writer Padma Shri, the fourth-highest civilian award of the Republic of India. Mohan was awarded the Padma Shri for his contribution in the field of Literature and Education in the list of awardees announced on Wednesday evening. As the entire region is celebrating his success, here are the main excerpts from an interview with Mohan Singh, The Dispatch did, way back in 2016:

While we have seen many shifting from villages to cities in search of a better life and comfort, it is very rare to come across someone doing the opposite. When The Dispatch came to know about Mohan Singh, a national award winner writer and artist, the curiosity in his persona grew multiple folds. And he didn’t disappoint. This celebrated writer of Dogri intrigues everyone, a no-brainer. The Dispatch went to meet him in a secluded small world of his own, near Gurah Salathian in Samba to know his story.

Having born in a middle-class family in Udh Mandi, Gurah Salathian, Mohan had a very humble but disciplined upbringing, hailing from a place known for its warriors. Mohan’s journey to where he stands today, has rather very interesting turns. He explains, “Like other kids of my age, I didn’t like to study much and had my interest in acting instead. My father got posted in Jammu, and the city life opened a new door of opportunities for me, as I saw and met many famous local artists, eventually acting at some of the biggest stages of Jammu, like Ghulab Bhawan, Abhinav Theater and various Ramleela acts.”

He reveals that it was during a Ramleela act that he decided to start writing. “During one of such acts, a guy recited a ‘Nazm’ which influenced me a lot. I went to him and asked if he has written it himself. When he answered yes— which I later learned was a lie, I told myself that if he can, even I can write like him. It was then that I started writing.” 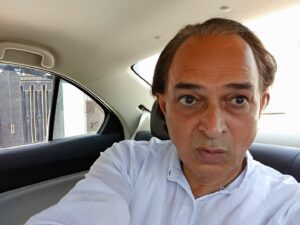 Mohan considers himself fortunate to have learned from Dogri legends like Kehri Singh `Madhukar’ in the early stages of his writing career. “Since we both were from same village natively, I had a little ease of access. That he accepted me as his student is something, I will always be grateful for. I learnt many major and minor aspects of writing under him,” he speaks.

As he started writing poetry, Mohan also started working in Irrigation department, along with reading his work on Radio, in 1974. His journey with Radio Kashmir Jammu has continued for decades, where he also got selected as a Drama artist and have written over 60 plays, acting in over 100 of them.

In 1978, Mohan’s first book came in the form of poetry collection. The book named ‘Uss Lok’ was welcomed with open arms by the language enthusiasts all over the state, establishing Mohan as the fresh new face of Dogri literature. As he received appreciation, the zeal to put in more increased which led to ‘Kala Sooraj’ coming to reality. A Dogri play, portraying the rot which has set in everyday life by highlighting oppression and exploitation unleashed by nepotism, wickedness and selfishness, prevailing in contemporary society, the book tasted success that only a few did in the state, making Mohan an overnight star. The book won state academy award in 1984 and went on to become a grand success.  What speaks about the popularity of the book is the fact that it has the distinction of being translated and then broadcasted nationwide by All India Radio. Later, the book was translated into Hindi by none other than Padma Sachdev.

Mohan has, to his credit, 15 books, along with half a dozen translations, biographies and other publications. The more popular among them are ‘Hirakh Saugata’, ‘Eh Din’, ‘Panch Parpanch’,  ‘Dogri Rangmanch’, ‘ Neete Diya Neikhra’, ‘Nyaya’ and ‘Mashere’. The Kohinoor in his diamond studded hat is, however, ‘Apni Daphli Apna Raag’, a book that came out in 1990 and won him National award for Best book from Sahitya Akademi, New Delhi. The book brought Mohan among the elitists of the fraternity and one of the greatest ever to rise from the land. 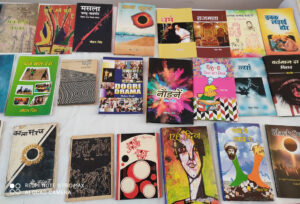 Mohan’s life, though, is not limited to books only. He is fond of Acting as much as writing. Being an active part of theater, he has written, directed and acted in many plays across the country. He has written as well as acted in over 12 serials for Doordarshan, along with over 50 documentaries. He has also played roles on National television in serials like ‘Ye Rishta kya Kehlata Hai’ on Star Plus, ‘Doli Armaano Ki’ on Zee TV, ‘CID’ on Sony Tv and many more.

Not only this, Mohan  is also a familiar face on the silver screen, having played different characters in Dogri films like ‘Maa Ni Mildi’, ‘Guggi Maar Udaari’,  ‘Geetiyan’ and many others. His latest appearance on big screen came in March, earlier this year in ‘Awesome Mausam’, a bollywood movie.

For his works, he has been honoured by many organizations, at the state as well as national level. In addition to Best book awards by Jammu and Kashmir Academy of Art and Culture and Sahitya Akademi, New Delhi, Mohan is also the recipient of Best Translated Book award by Sahitya Akademi, New Delhi for ‘Mashere’, translation of Malayali book ‘Chamen’ by T. Shivshanker Pillae, in 2002, along with innumerable awards from several other literary organizations. His work is being taught to Post Graduate students of Dogri in Jammu University. In Civil Services examination, many questions from his book ‘Nyaya’ have been asked, time and again.

So, what is it that makes Mohan different from other writers?

“A Writer is a part of the picture and not just an outside commentator. Our job is not limited to putting light on the issues that concern our society. It goes beyond that. None must forget that we are a part of the society ourselves and if the need arises; we must be the first one to participate. Lighting lamp is one thing, but to make sure that it keeps giving light and that it reaches everyone, is as important a job,” feels Mohan and he has actually meant his words.

Besides being a writer, Mohan is also considered to be among the greatest servants of the Dogri language as he has worked towards greater recognition of the language at all fronts, with success. He formed an organization in 1976 by the name ‘Duggar Manch’ which has contributed tremendously in the propagation of the language across the region, using ‘Nukkad Natak’ as the tool. He has also played an important role in the struggle for introducing Dogri as a subject to be taught to students in school.

But his most significant contribution has to be the inclusion of Dogri in the 8th schedule of the Constitution of India, a struggle which Mohan initiated with his emotional speech after receiving national award from Sahitya Akademi New Delhi and then spearheaded, as the convener of Dogri Sangarsh Morcha, to the success.

“It was heart-breaking that even though we were getting national awards for literature in Dogri, but our language was not recognized by the constitution of India. Our struggle, after formation of Dogri Sangarsh Morcha, continued for 12 years but in the end, we reached where we started out for. It was great to see every political party, every commoner, every organization coming together for the cause, leaving their personal differences aside. For the first time in the history, entire Jammu region observed a complete shutdown, without anyone forcing, just for the sake of their language. Things like these make one very proud of our people, and the very language that binds us all together,” Mohan recalls the events that led to inclusion of Dogri in 8th schedule of the Constitution of India.

Mohan is also committed towards the preservation of Dogri which is on the verge of extinction from our households. He has been working on preparing a number of songs to be played in marriages, as he feels it would go a long way in his mission. He is also working on a number of new books, a couple of which are expected to come out in next 3 months, besides a full-fledged commercial feature film in Dogri.