All Panchayats and Blocks to be fully staffed

An Assistant Commissioner Panchayat in every district

JAMMU, FEBRUARY 13:  To further streamline the implementation of J&K Panchayati Raj Act and Rules, the Administrative Council (AC), which met here today under the chairmanship of Lieutenant Governor, Manoj Sinha, approved an overhaul of the field administrative machinery supporting Panchayats by rationalizing various categories of existing posts in the Department of Rural Development and Panchayati Raj.

The reorganization of the Panchayats has become necessary keeping in view that the functioning of the Department has undergone a sea change after the Panchayat elections in 2018 with subsequent devolution of greater funds and functionaries and decentralization of planning and execution functions right down to the Panchayat level. The proposed overhaul in the administrative structure for Panchayats is aimed at strengthening the 3rd- tier of democracy through a cadre of trained professionals, as per the spirit of the 73rd Constitutional Amendment Act.

As a result of the AC decision, every district will now have an Assistant Commissioner Panchayat, a dedicated officer to look after the functioning of Panchayats and coordinate their activities. The officer will report to the Chief Executive Officer of the District Development Council, recently constituted in Jammu & Kashmir.

The decision will give way to a uniform structure of the officials performing the duties of Secretary to Panchayats by         re-designating the posts of VLW/MPW and Gram Sevika as Panchayat Secretary.

Likewise, posts such as MukhyaSevika, Panchayat Supervisor, Lady Project Officer, Cooperative Extension Officer, Plantation Ranger, Road Roller Operator, Katib, and Photographer, which have become redundant, will be utilized for the creation of posts in tandem with contemporary dynamics of the Department.

Further, to streamline the career progression of employees, the posts of Panchayat Inspector Grade I & Grade II will be merged into a single cadre of Panchayat Inspector. Similarly, 5 different categories of class IV posts having similar functions and pay scale will be clubbed in a single category as Orderlies to simplify the hierarchical structure. 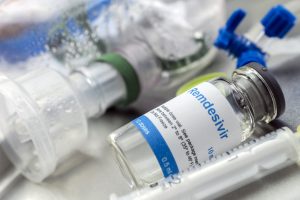