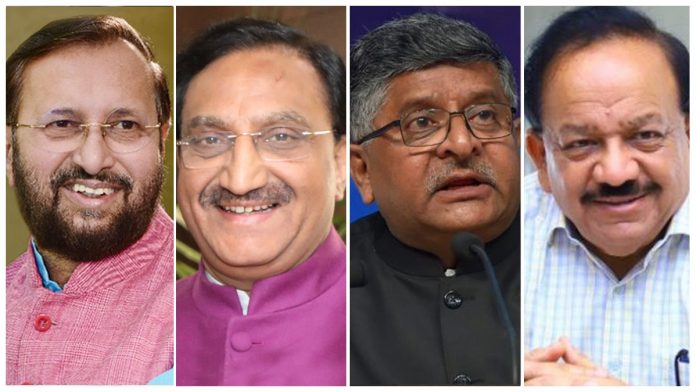 Ahead of the Union Cabinet reshuffle, a number of Union ministers resigned from their respective posts on Wednesday.

President Ram Nath Kovind has accepted the resignations of a total of 12 Union ministers, a Rashtrapati Bhawan statement said.

A number of new faces were inducted into the Narendra Modi Council of Ministers this evening while several ministers are likely to be elevated. A total of 43 ministers took oath today at the Rashtrapati Bhawan.

Complete list of Union ministers who quit today ahead of Cabinet expansion:

Yes, you can still get COVID after being vaccinated, but you’re unlikely to get as sick
Legendary actor Dilip Kumar laid to rest with full state honours; Tributes pour in from all sections of society
Comment