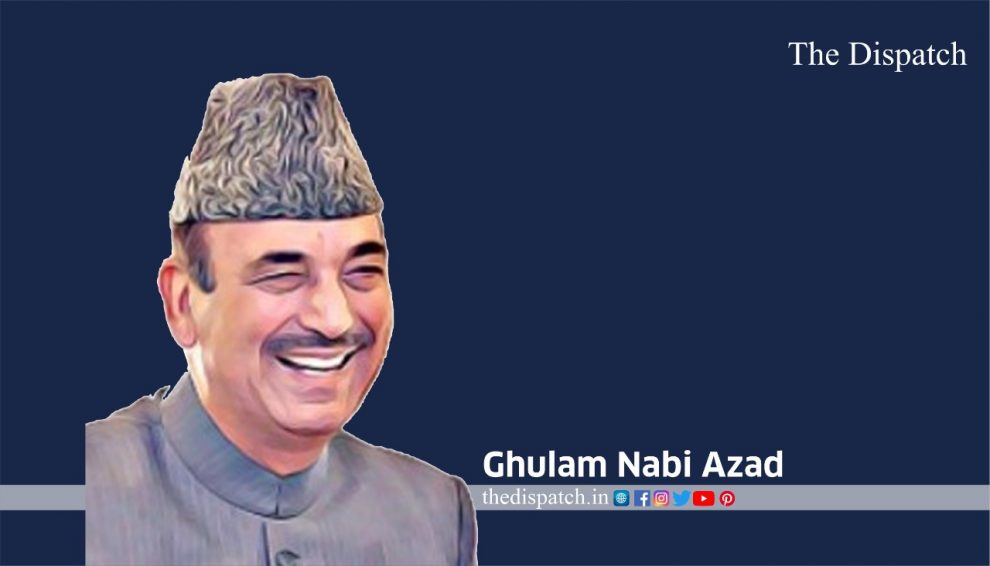 Jammu: After months of hot and cold, there are evident signs of rapprochement in the Congress ‘ecosystem’ in Jammu and Kashmir as veteran Parliamentarian Ghulam Nabi Azad touched down with the state’s organizational leadership.
Azad arrived in Jammu Saturday morning to join state leadership of the Congress on the occasion of former Prime Minister Rajiv Gandhi’s death anniversary at the party headquarters here. The Congress veteran’s Jammu visit was after a significant recess even as he continued to address a few meetings over the telephone.
Getting together of Ghulam Nabi Azad along with state Congress president Ghulam Ahmed Mir and working president Raman Bhalla at an official party event was a significant sign of reconciliation in backdrop of a year-and-half long heightened factional politics.