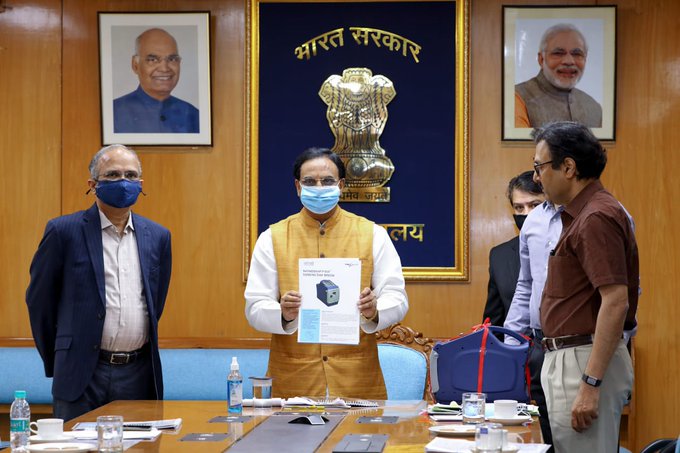 Speaking on the occasion, Mr. Pokhriyal said that NanoSniffer is a step towards Prime Minister Narendra Modi’s vision of a self-reliant India. NanoSniffer is a 100 per cent Made in India product in terms of research, development & manufacturing. The core technology of NanoSniffer is protected by patents in the U.S. & Europe. The Minister further said that this affordable device will reduce our dependency on imported explosive trace detector devices. Mr. Pokhriyal added that it will also encourage other institutions, startups and medium-scale industries to research & develop products indigenously.

Director, IIT Delhi, V. Ramgopal Rao, and senior officials of the Ministry were present on the occasion of the launch.

There is no plan to stop train services in country: Railway Board Chairman
NIA court remands Sachin Vaze to judicial custody till April 23
Comment