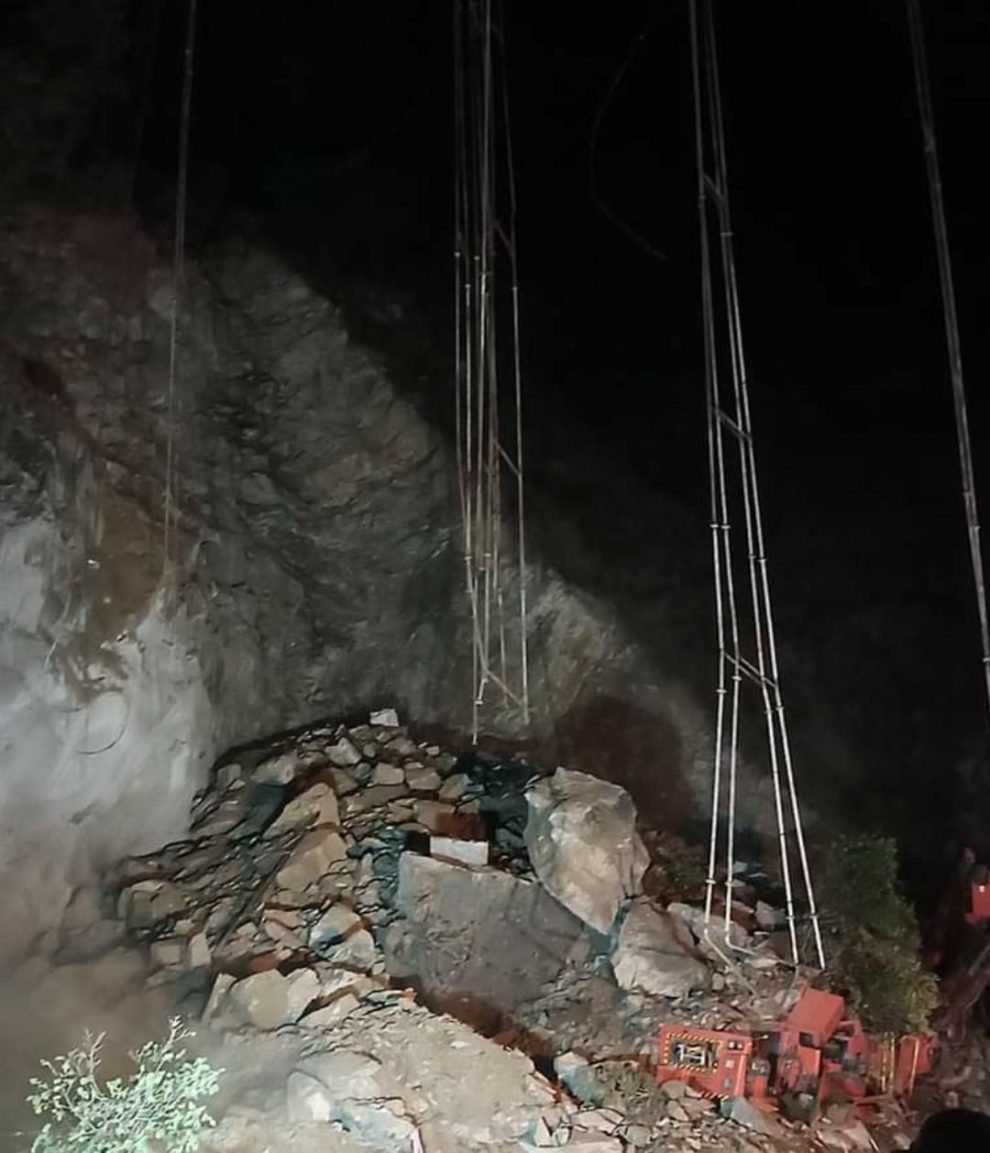 One among 3 rescued shifted to GMC Jammu, 2 others admitted in SDH Ramban

Jammu: Around ten labourers are missing, mostly non-locals, and three others have been rescued after an under-construction tunnel on the Jammu-Srinagar highway in Ramban district collapsed last night. As per the officials, the chances of survival of the trapped persons remain “slim” as the debris is “all-around”.

Officials told that a joint rescue operation was launched immediately after a portion of the tunnel at Khoni nallah collapsed on Thursday night.

“At around 10.15 pm (on May 19), the Ajit tunnel of T3 caved-in, near Khooni Nallah Ramban, trapping more than a dozen labourers of Sarla Company working at the site,” the officials said.

A police officer told that three persons were rescued and were shifted to district hospital Ramban wherefrom one of them— Vishnu Gola (33) Jharkhand has been referred to GMS Jammu for advanced treatment.

“Rescue operation is still going on,” the officer said, adding, “It is likely to take more time as rock breakers are being used to create space for reaching the trapped persons.” Asked about the possibility of the survival of the trapped, the officer said that nothing can be said with surety. “Rescue is on and hopefully we will reach them soon.”

Asked about the wellbeing of the missing persons, he said that “nothing can be said as of now”.

“The length of the tunnel is around 3 meters only and whether they are inside it or outside the tunnel area is not specifically known also. Debris is all-around. There are chances of suffocation also,” he said, adding, “the rescue operation has been going on since 12 a.m. He said it a “delicate operation” as far as vulnerability is concerned. “Shooting stones are continuously happening and even heavy machinery cannot be employed given the fact that shooting stones fall continuously.”