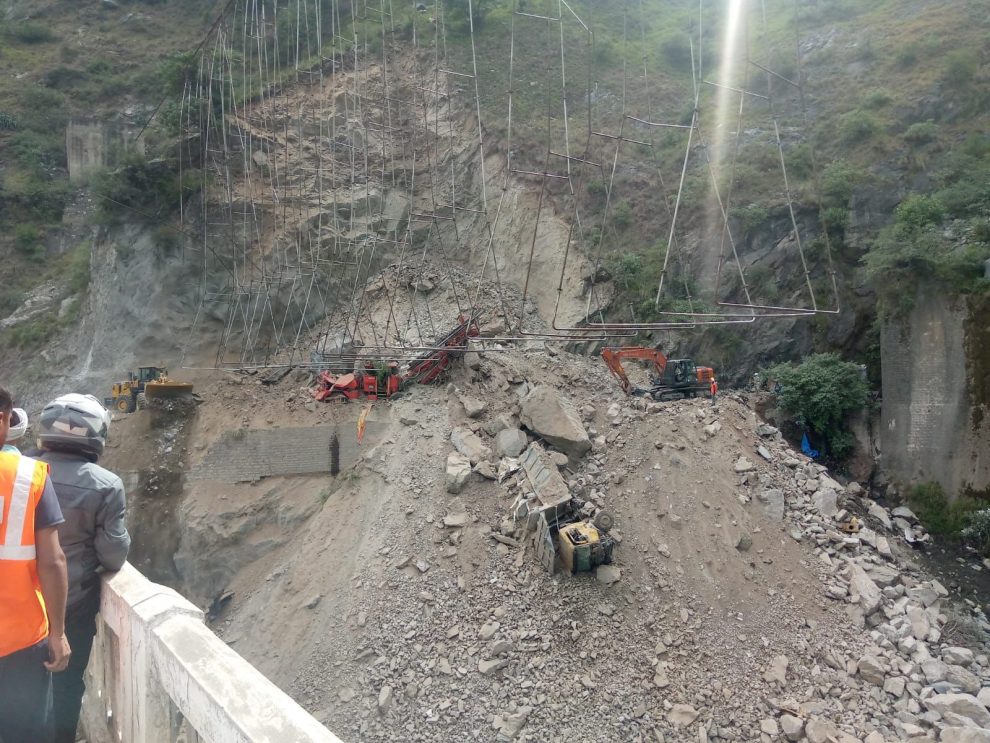 SRINAGAR: Nine more bodies were recovered from the debris near Khooni Nallah along the Srinagar-Jammu national highway, where a major landslide took place on Thursday taking the death toll in the incident to 10.

A major portion of the under-construction tunnel had caved in at Khooni-Nallah on May 19. Deputy Commissioner Ramban Musarat-ul-Islam told that all 10 bodies were recovered and families have been informed. “Five of 10 bodies are from West Bengal. The rescue operation is over. Bodies have been shifted to hospital,” he said.

Senior superintendent of police (SSP) Ramban Mohita Sharma IPS told that the rescue teams have retrieved all the bodies today.” She said, “All 10 bodies have been recovered from the spot. Out of these 10 deceased, five were from West Bengal, one from Assam, two from Nepal and two were local.”

“An FIR for negligence has been registered in the matter. Compensation will be given by the company,” added SSP Ramban Mohita Sharma.

The additional tunnel of T4 on the highway near Khooni Nallah in Ramban district witnessed a landslide at around 10.15 pm on Thursday, after which a rescue operation was launched resulting in the recovery of the labourer from West Bengal and three others were rescued but the operation had to be suspended on Friday evening due to a fresh landslide and inclement weather.

Over 15 rescuers, including the Station House Officer of Ramsu police station, Nayeem-Ul-Haq, had a narrow escape during this landslide.

“As clarified by NHAI (National Highways Authority of India), it is informed that there is no tunnel collapse near Khooni Nullah. A slide occurred on the mouth of the adit tunnel to T4 on Thursday night under which a labourer component of concessionaire Co was working. Operation continues,” Ramban Deputy Commissioner Mussarat Islam said in a tweet. As per officials, the adit tunnel was just three to four metres long as the work on the project started only a few days ago.

Officials told that on the directions of J&K LG Manoj Sinha, the construction company has been directed to provide Rs 15 lakh compensation to the families of those killed while the Administration has announced Rs 1 lakh ex-gratia to each family—(KNO)