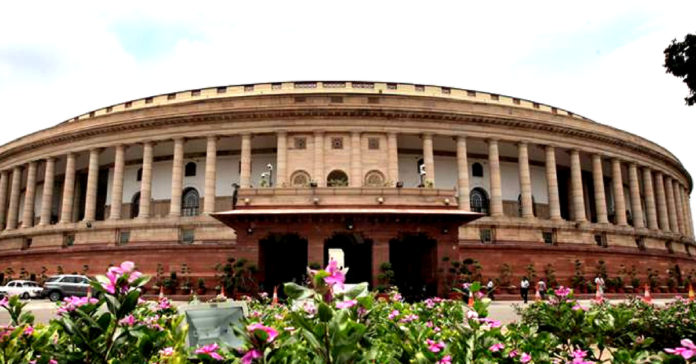 Rajya Sabha today passed the Epidemic Diseases (Amendment) Bill, 2020. The Bill amends the Epidemic Diseases Act, 1897 to include protections for healthcare service personnel combating epidemic diseases and expands the powers of the central government to prevent the spread of such diseases.

The Bill repeals the Epidemic Diseases (Amendment) Ordinance that was promulgated in April this year. The legislation makes harm, injury, hurt or danger to the life of healthcare service personnel as a cognizable and non-bailable offence. It has provisions of imprisonment from three months to five years and a fine between 50 thousand rupees to two lakh rupees.

Speaking on the Bill, Health and Family Welfare Minister Dr. Harsh Vardhan said that ordinance was brought in view of the attack on the healthcare workers and the country felt the need to bring strict legislation to check such incidents in the Covid-19 pandemic situation.

He informed that the government is working on the National Public Health Act and 14 states have sent their suggestions in this regard. The House also negated the resolution moved by Binoy Viswam of CPI and K.C. Venugopal of Congress demanding disapproval of the ordinance related to the Bill.

Earlier, initiating the discussion, Neeraj Dangi of Congress questioned the government alleging that unplanned lockdown has adversely affected the country economy, employment and lives of migrant workers. He also accused the government of delaying in response against the Covid pandemic. Another party leader Anand Sharma said that the States must be included in the major consultative process while framing the rules.

Derek O’Brien of TMC highlighted several measures taken by the state government to check the spread of corona virus. Ram Gopal Yadav of Samajwadi Party raised the issue of over charging by the Private Hospitals.  Manoj Jha of RJD said that human lives are more important rather than other initiatives. Binoy Viswam of CPI said that irregularities in the name of Covid must be stopped and Covid warriors must be protected. Vandana Chavan of NCP said that this bill will boost the morale of the health care workers. Raising the issues of ASHA workers, she said, they should also be protected during this pandemic.

Priyanka Chaturvedi of Shiv Sena said that adequate safety equipment and salaries should be given to the health care professionals. Veer Singh of BSP alleged that several people did not come forward for Covid treatment due to the high prices of treatment.

Saroj Pandey of BJP listed out various  measures taken by the Centre to protect the interest of the health workers. She said, government has taken timely legislation measures to provide safety and security to them. Another party leader Dr. Anil Jain accused the opposition of playing politics on such an important legislation.

A. Vijayakumar, Subhas Chandra Bose of YSR Congress, K. Ravindra Kumar of TDP, Jharna Das Baidya of CPI(M), PL Punia of Congress and others also spoke on the Bill.