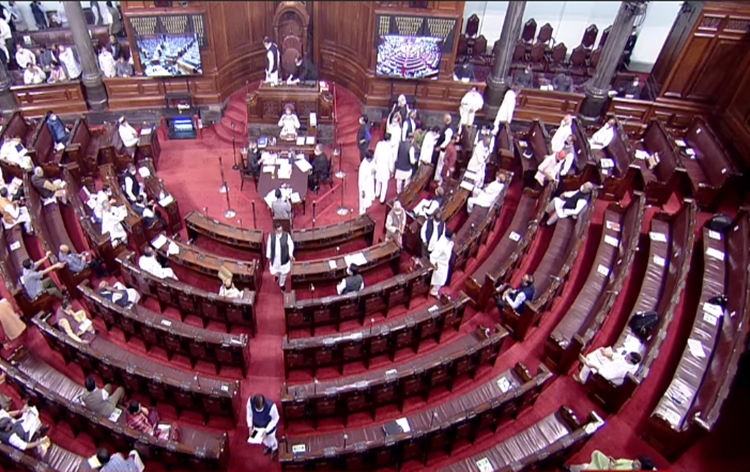 The Rajya Sabha was adjourned till 1 PM amid the protest and sloganeering by Congress MPs over the issue of rise in fuel and LPG prices. As the House met after the first adjournment at 11 AM, the Leader of Opposition, Mallikarjun Kharge demanded to discuss the issue which was rejected by the Deputy Chairman of Rajya Sabha Harivansh saying that the matter cannot be discussed. As the pandemonium continued, the Upper House was adjourned till 1 PM.

Earlier, on the first day of the second leg of the Budget Session, Congress leader Mallikarjun Kharge raised the issue of rise in fuel and LPG prices saying that people are suffering due to the price rise. He said, petrol prices have reached to 100 rupees per litre and diesel price has touched 80 rupees per litre in the country. He said, LPG prices have also gone up and excise duties have been increased manifold which resulted in collection of more than 21 Lakh crore rupees.

Afterwards, Congress demanded a discussion on the issue and started a protest. The Congress MPs came into the well and started sloganeering. Chairman of Rajya Sabha, M. Venkaiah Naidu urged the members to return to their seats saying that he does not want to take any drastic step on the first day.