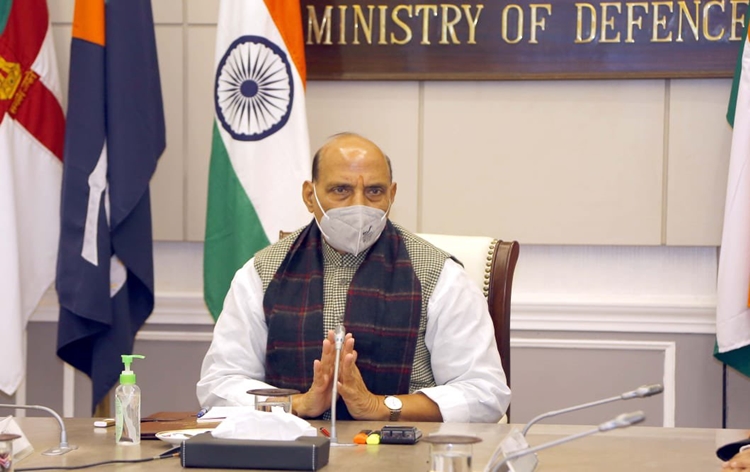 Defence Minister Rajnath Singh accompanied by the Chief of Naval Staff- Admiral Karambir Singh has visited the Karwar Naval Base to review the progress of ongoing infrastructure development under project Seabird. The Minister undertook an aerial survey of the Project area and sites prior to arriving at INS Kadamba helipad.