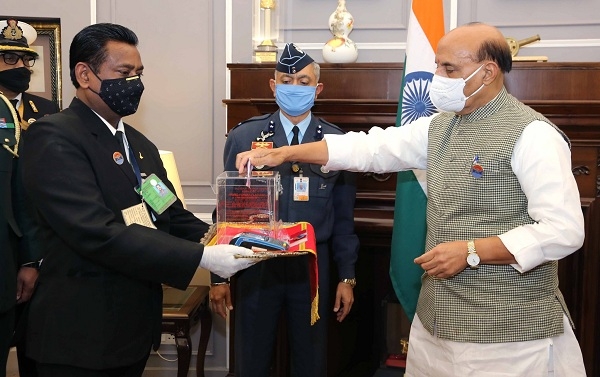 Defence Minister Rajnath Singh on Monday paid tribute to the Indian forces on the occasion of Armed Forces Flag Day and reminded the country to ensure the welfare of ex-servicemen and their families.

“On the occasion of Armed Forces Flag Day, I salute the valour and service of the Indian Armed Forces. This day reminds us of our solemn duty to ensure the welfare of Ex-Servicemen, differently-abled soldiers and the families of those who lost their lives defending the nation,” Defence Minister tweeted.

Speaking to ANI, Singh had said, “Centre and States along with Sainik Board will celebrate ‘Armed Forces Flag Day’ throughout December. It’s our national responsibility to support families of our security personnel, who have lost their lives or suffered injuries in the line of duty.”

The collected fund is used for the welfare of the Armed Forces personnel and ex-servicemen and also to rehabilitate battle causalities. Small flags are also distributed on this day in return for donations.