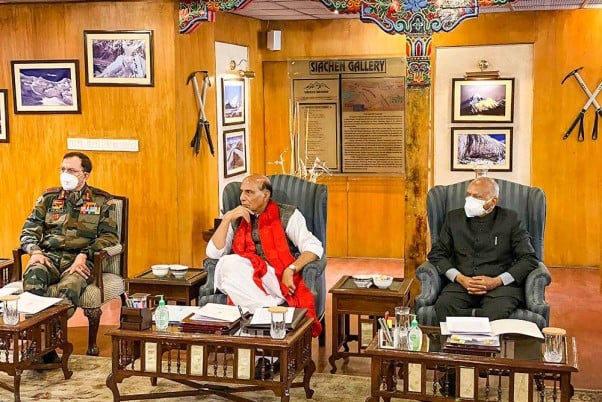 Earlier in the day, the Defence Minister met Army veterans in Leh.
Addressing army veterans in Leh on the first of his three-day trip, the Defence Minister said: “Our Prime Minister Narendra Modi fulfilled the commitment given to the Armed Forces veterans by providing for one rank one pension.”
He asserted that the aim of the ministry is that personnel are taken care of the same way they took care of the county.
During his visit, Singh is scheduled to inaugurate infrastructural projects constructed by the Border Roads Organisation (BRO), and will also interact with troops deployed in the region.