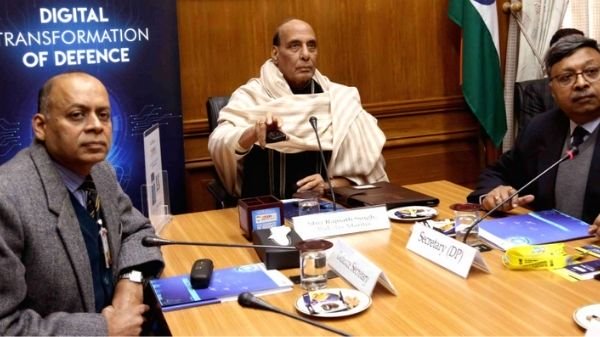 Defence Minister Rajnath Singh launched the mobile app of the forthcoming DefExpo 2020.A press release from the Defence Ministry said that the app is available on Apple App Store and Android Play Store. The main features of the app are ‘inform, engage and feedback’.

The app has been developed by the Department of Defence Production, Ministry of Defence (MoD) with the aim to engage with the visitors as well as exhibitors. Business-to-Business Exhibitor Connect; Exhibitor Chat; Ticket booking; accommodation in Tented City; Push notifications and social media are some of its salient features. The feedback mechanism in the app is another essential feature to further improve operations during the event.

The press release further said, “Singh also reviewed the preparations of DefExpo 2020. During the review meeting, senior officials informed him that a record number of over 880 exhibiters, including foreign companies, have registered so far, making it the largest ever defence exhibition surpassing the numbers of DefExpo 2018.”

“The exhibition space booked by exhibiters has also gone up by 52 per cent to nearly 41,000 square metres compared to the last edition. Foreign delegations at the level of Defence Minister and Service Chief are confirmed from 18 countries. Dozens of MoUs are also expected to be inked during the Expo,” the press release said.

The DefExpo 2020 is scheduled to be held in Uttar Pradesh capital Lucknow between February 05-08,2020. The theme of the expo is ‘India: The Emerging Defence Manufacturing Hub’.