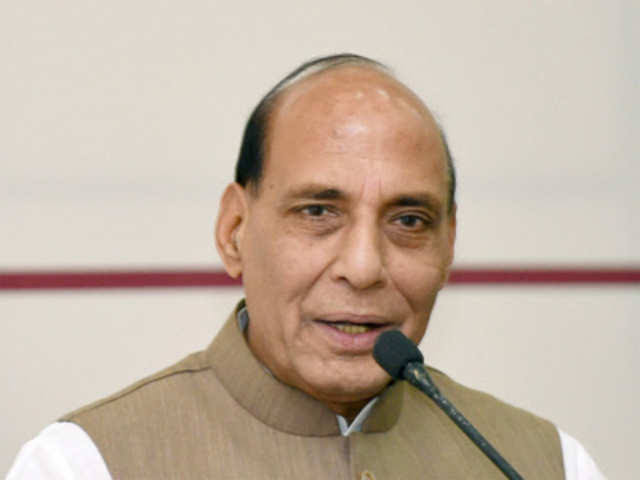 Defence Minister Rajnath Singh on Thursday held telephonic conversation with Uttar Pradesh Chief Minister Yogi Adityanath over violent protests in the state against the Citizenship Amendment Act and said such incidents were very sad and unfortunate.
Adityanath apprised Singh about the current situation in the state and in Lucknow from where Singh is an MP. “I held a telephonic conversation with Chief Minister Yogi Adityanathji in connection with the incidents of arson and violence in Lucknow and some other places of Uttar Pradesh today. These incidents are very sad and unfortunate. I appeal to the public to maintain peace. I am returning to India from Washington today,” Singh said in a tweet.
Singh, a former chief minister of Uttar Pradesh, took part in the 2+2 Ministerial dialogue with the US.
Twenty motorcycles, 10 cars, three buses and four media OB vans were set ablaze in the area around Parivartan Chowk during protests against the Act on Thursday. Prohibitory orders are in force in Uttar Pradesh.
Protests have been held in different parts of the country against the Citizenship Amendment Act which grants citizenship to Hindus, Sikhs, Jains, Parsis, Buddhists and Christians fleeing religious persecution from Pakistan, Afghanistan and Bangladesh and came to India on or before December 31, 2014.