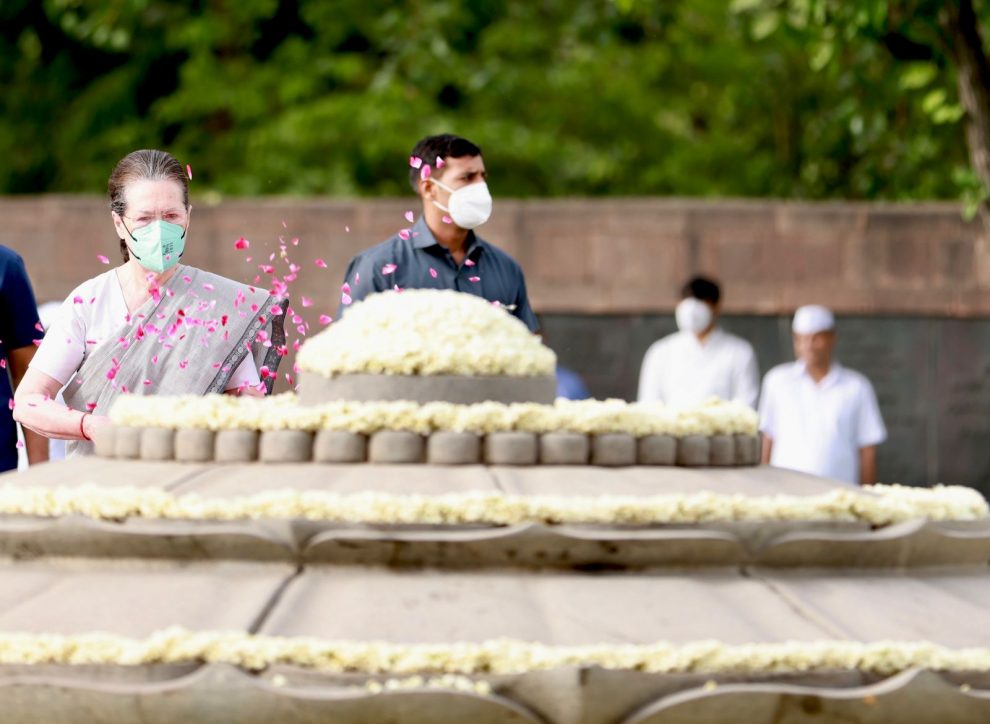 JAMMU: Congress interim president Sonia Gandhi and Priyanka Gandhi paid homage to former Prime Minister Rajiv Gandhi on his 31st death anniversary at Vir Bhumi in the national capital on Saturday.
Congress leaders P Chidambaram and Sachin Pilot also paid tribute to the former Prime Minister at Vir Bhumi in Delhi.
Rajiv Gandhi took over the charge of the Congress in 1984 following the assassination of his mother and then Prime Minister Indira Gandhi. He became India’s youngest Prime Minister at the age of 40 when he assumed office in October 1984.
He served as the Prime Minister of India till December 2, 1989.
Born on August 20 in 1944, Rajiv Gandhi was assassinated by a Liberation Tigers of Tamil Eelam (LTTE) suicide bomber during an election rally in Sriperumbudur in Tamil Nadu on May 21, 1991.