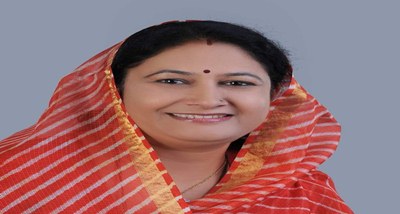 Senior BJP leader and MLA from Rajsamand in Rajasthan, Kiran Maheshwari died last night at a hospital in Gurgaon. She was 59 and tested positive for coronavirus. Kiran Maheshwari, a three-time MLA from Rajsamand, was undergoing treatment at Medanta hospital for the past few days. She had served, previously, as a member of parliament in the 14th Lok Sabha where she represented the Udaipur Constituency.

In a tweet, Mr Modi said be it as MP, MLA or Cabinet Minister in the Rajasthan Government, Kiran Maheshwari made numerous efforts to work towards the progress of the state and empower the poor as well as marginalised.

Union Minister Prakash Javadekar has expressed grief at the demise of former National President of BJP Mahila Morcha Kiran Maheshwari. In a tweet, Mr Javadekar extended his condolences to the bereaved family.